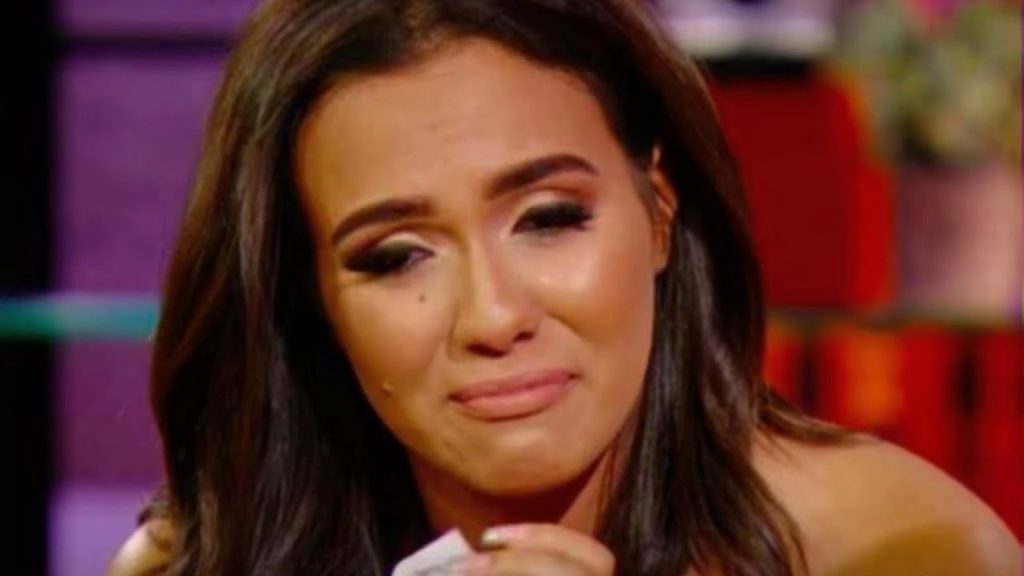 Teen Mom: Briana DeJesus FIRED From The Show Over Her Violent Fight With Ashley Jones!

The Teen Mom: Family Reunion Season 2 has a lot of drama filled in it. The season has mothers, teen moms, even from 16 & Pregnant, and nasty fights. The one thing that caught fans’ attention was the brawl between Briana DeJesus and Ashley Jones. The two got into a physical fight after Briana passed a comment on Ashely Jones’ mother, Tea. The co-star did not take it well and spitted at her and things escalated. Followingly, Briana jumped at her and tried to involve in a physical dispute. This left the producers, co-actors, and fans in shock. The producers came into the picture and tried to stop the fellow Teen Mom stars. Although, nobody got hurt; things could have turned violent. Additionally, Ashley Jones was also pregnant at that time. The incident led the channel to revoke both stars from the show. Keep reading to know the details!

The mother-daughter pairs got into trouble after the incident. Channels, especially renowned ones like TLC discourage any kind of violence. Hence, following the policy, TLC asked Briana DeJesus and her mother to leave the show because of her fight with co-star Ashley Jones. Additionally, the decision escalated quickly since Briana also threw a water bottle at the Teen Mom alum. Although, neither Jones nor any fellow star got hurt, it could have potentially hurt someone. Additionally, it was a violent and unacceptable act.

During the recent Teen Mom: Family Reunion Season 2 episode, the show’s host, Dr. Cheyenne Bryant, who is also known as Coach B. Briana was adamant that she does not want to leave. Additionally, she justified the reason for getting violent with Ashley Jones as a protection measure for herself and her mother. The show’s producer, Lauren also remarked that she could have dealt with the situation in a non-violent manner, Ashley and her mother, Tea also had a discussion about the same with Coach B. The mother-daughter duo expressed guilt over the same. While Tea openly said that the situation could have been handled differently handled.

However, the reality-tv star stood with the fact that the alternative to her spit was a fist. Additionally, she also stated that she was anyway going to leave citing her pregnancy. Further, the Need Wine podcast host also said she was ready to go home since nothing felt right to her. On the other hand, Briana and her mom, Roxane got the news after they were made to shift to a hotel, post the fight. The Teen Mom producer stated that Briana’s action was her decision and doing; along with being a significant breach of contract. She also said that the bottle could have caused serious, serious injury.

Teen Mom: Co-Stars Are Not Happy With Briana DeJesus’ Exit!

Briana was emotional and continuously cried after the news of her exit. She requested some personal space while packing her stuff alongside calling her co-stars to inform them that she would no more be a part of Teen Mom. Jade Cline did not seem convinced with the production’s decision and stated that she did not come to the show for this s***. People who watch the show would know that Jade and Briana are best friends. Hence, the star’s departure was a heartbreak for Jade Cline.

She added by saying that she is pissed and livid. The Teen Mom alum expected to spend time with her best friend but it couldn’t happen anymore. Cheyenne Floyd sounded convinced with the decision wherein she stated that the contract clearly says that one has to go home if they get physical. Additionally, Kayla Sesser, another Jones’ nemesis, and Catelyn Lowell were unhappy with Briana’s exit. Was it fair according to you? For more exciting news updates, stay tuned to TV Season & Spoilers.