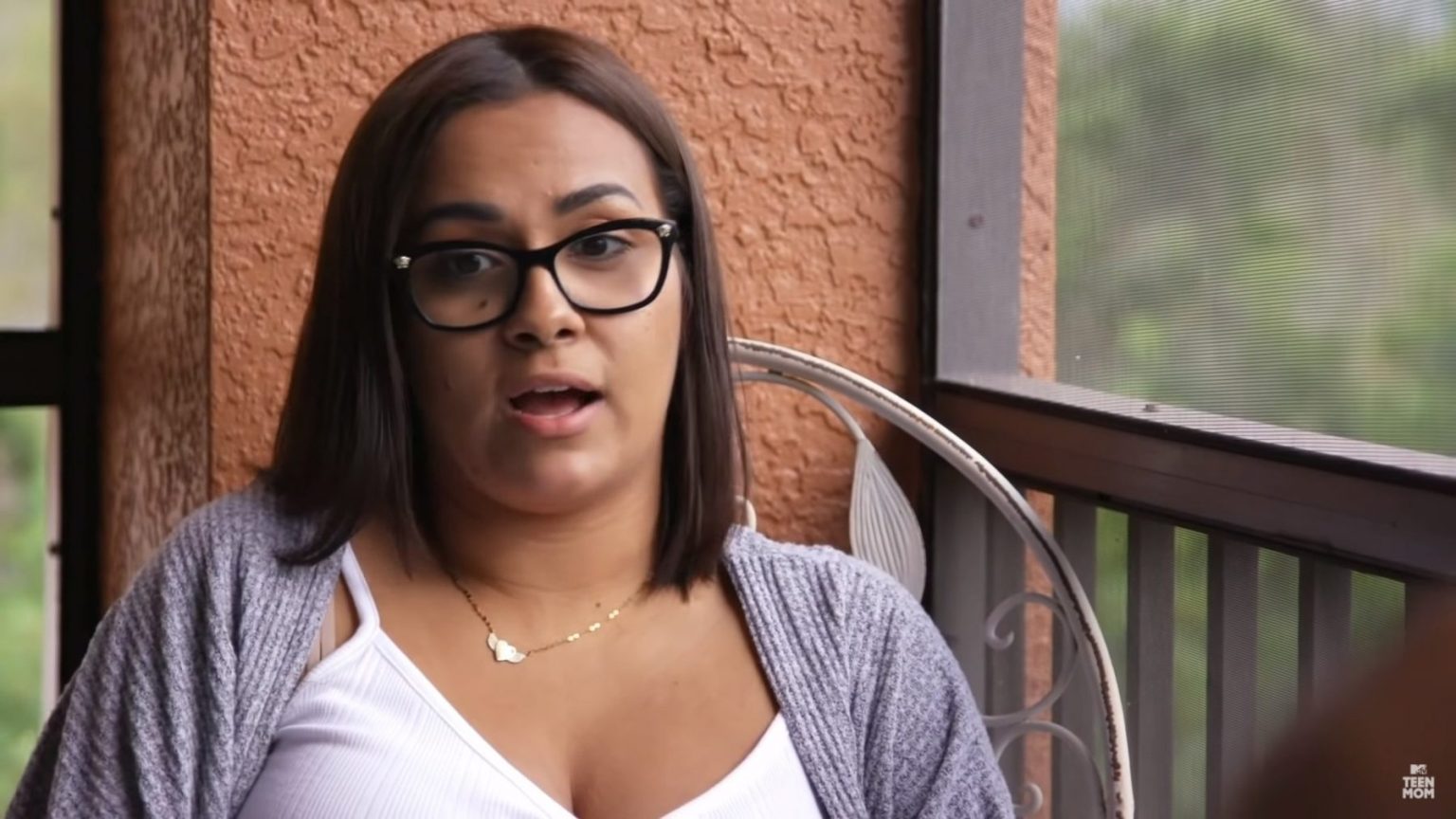 Teen Mom: Briana DeJesus Has Broken Up Or Distanced With Long-Distance Boyfriend?

Relationships aren’t always easy to work with. Teen Mom star Briana and former boyfriend Bobby Scott are live examples of it. For reference, Briana DeJesus and Bobby Scott met at the show’s set. The latter worked as the security guard at the set and was fired over rumors of dating Briana. According to TLC, it violated the employer’s code of conduct. Well, it does not end here, as even Bobby’s co-workers were fired for not reporting their romantic conduct. The situation created an uproar on the sets of the MTV show. Rumors even mention Briana’s possible exit from the show, which did not happen. Keep reading to know what happened between the couple!

Teen Mom: What Was Briana’s Text Which Led To The Couple’s Possible Separation?

Briana, 28, was dating 40-year-old Bobby Scott for over nine months. Rumors claimed that the couple was also planning to have a baby. Briana is the mother to two kids, Nova and Stella, whom she had with her exes Devoin and Luis, respectively. In the recent episode of Teen Mom, Briana DeJesus revealed that she is parting from her long-distance boyfriend, Bobby Scott, who lives in Deloitte. She associated this parting with a little time off to amend her mental health. In the episode, Bobby Scott repeatedly read the text message to understand the text.

However, things went haywire when Brianna expressed that she was upset with Bobby’s behavior. The Teen Mom fame expected Bobby to return to her with a response, especially when she feels lonely and depressed. After this, Briana told her friend that she would break up with him. Bobby Scott lives in Deloitte and works as a bodyguard for the channel MTV. He did not speak to or contact Brianna for straight three-weeks after she sent the text. Later, their conversation went in another direction when they met.

Long-distance was becoming a challenge for Brianna to handle and work with. During their meeting at the coffee shop, Briana complained about Bobby’s absence from her life when she needed him the most. Furthermore, the Teen Mom said that neither of them was putting the effort to work this relationship. Following the conversation, Bobby explained his story to Briana and why he did not contact her. He wanted to give her the space she asked for, Bobby added.

In a Q&A, Teen Mom, Briana, expressed that Bobby was not there for her when she needed him and that, in her eyes, their relationship was over. The couple was so hyped and hoped to be successful. But, they have walked out of the honeymoon period and are losing their charm. Despite Briana’s expression of this relationship being mature, the couple has failed to keep up. Many fans have come up in support of Bobby Scott at Briana’s immature and childish behavior. They feel that the MTV star has double standards and needs to solve her issues.

Firstly, Brian requested Bobby Scott for distance, but she also wants him around her when she feels lonely, expressed fans. They think of Bobby as a grown-up who shouldn’t bother with her childish tantrums. Spectators asked Briana to seek therapy for her mental health issues and not expect Bobby to heal them. Especially when she has made her stand clear to be away from him. Viewers also slammed her for sending a text about a major issue that she should have discussed face-to-face. For more exciting news updates, stay tuned to TV Season & Spoilers.