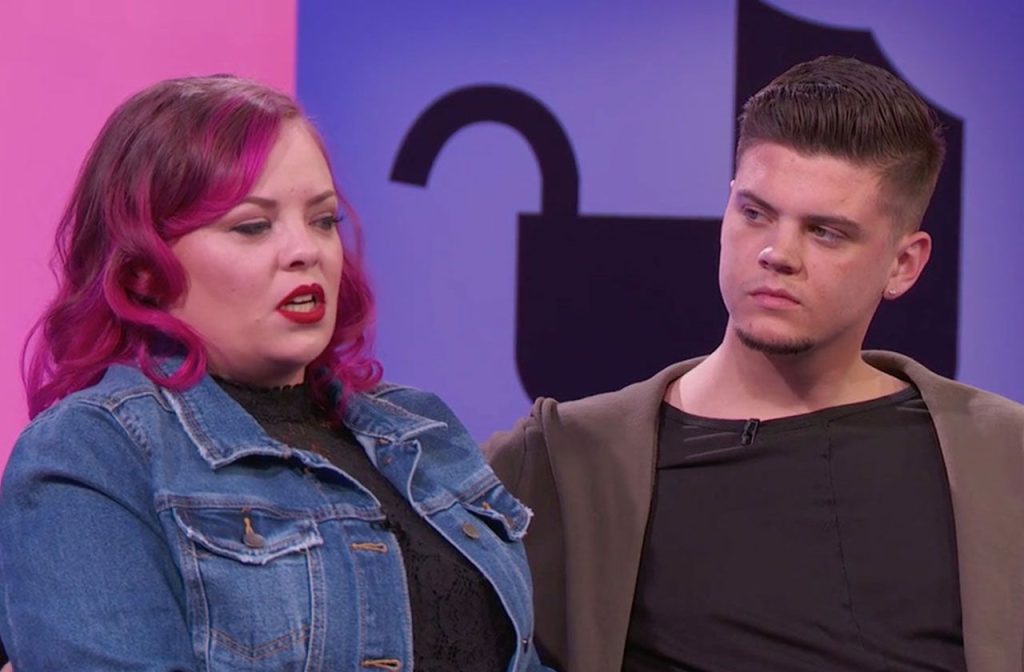 Fans have been following the Teen Mom OG’s Catelynn Baltierra’s journey for over a decade. She appeared on “16 and Pregnant” with her boyfriend, Tyler. The couple put their elder daughter Carly for adoption following early age pregnancy. They continue to appear on the show. The show gave her popularity and helped her add a significant amount to her bank. Catelynn is pursuing her career in microblading eyebrows. However, fans had recently ripped the owner of the clothing brand for begging for money. What happened, and why is she asking for money from fans? Keep reading to know the detail.

The Teen Mom star Catelynn married her boyfriend Tyler, and the couple was blessed with three more daughters. Their second daughter, Novalee Reign, is seven now. Moreover, they also had two more daughters, Vaeda and Rya Rose. The couple happily raised their kids while appearing in the reality television show for almost 13 years. Besides, Cate is focused on her career. However,  the couple is making juicy headlines for the newspaper after TheSun revealed their federal tax lien. The couple paid the massive tax lien worth around $535K in 2021. However, the star couple still owes $321K in taxes. The reports came just after Catelynn asked for donations from her fans for her daughter’s cheerleading team.

The couple owned a children’s clothing company. However, the company is closed now. Moreover, Tyler and Catelynn also earned a fabulous amount from the show. In addition to that, they also earned profit from property. The reality television stars live in an Octagon-shaped home worth $220K. Despite their many business ventures, the couple still owes thousands in taxes.

Catelynn is active on social media and has garnered around 4.2 million followers on Instagram. The Teen Mom OG frequently shares pictures of her beautiful daughters. However, her recent post caught the attention of the people. The reality television star asked for donation from her followers for Novas cheerleading squad called Tiny Tulips. In the post, whose comments were off, the MTV Star wrote that her daughter is looking for sponsors. The viewers needed to pick the number from the slip and were asked to donate that much for uniform, practice, and competition.

Towards the end of the caption, she also asked the followers to DM her if they were interested in donating. Later that day, she again posted a graphic text on her account stating if people wanted to donate, they could DM her again. Fans brutally trolled Catelynn, saying this was embarrassing. One user wrote that they had more money. They said that it’s so shameful that they were asking for money. And, just days later, it was revealed that they owe in taxes.