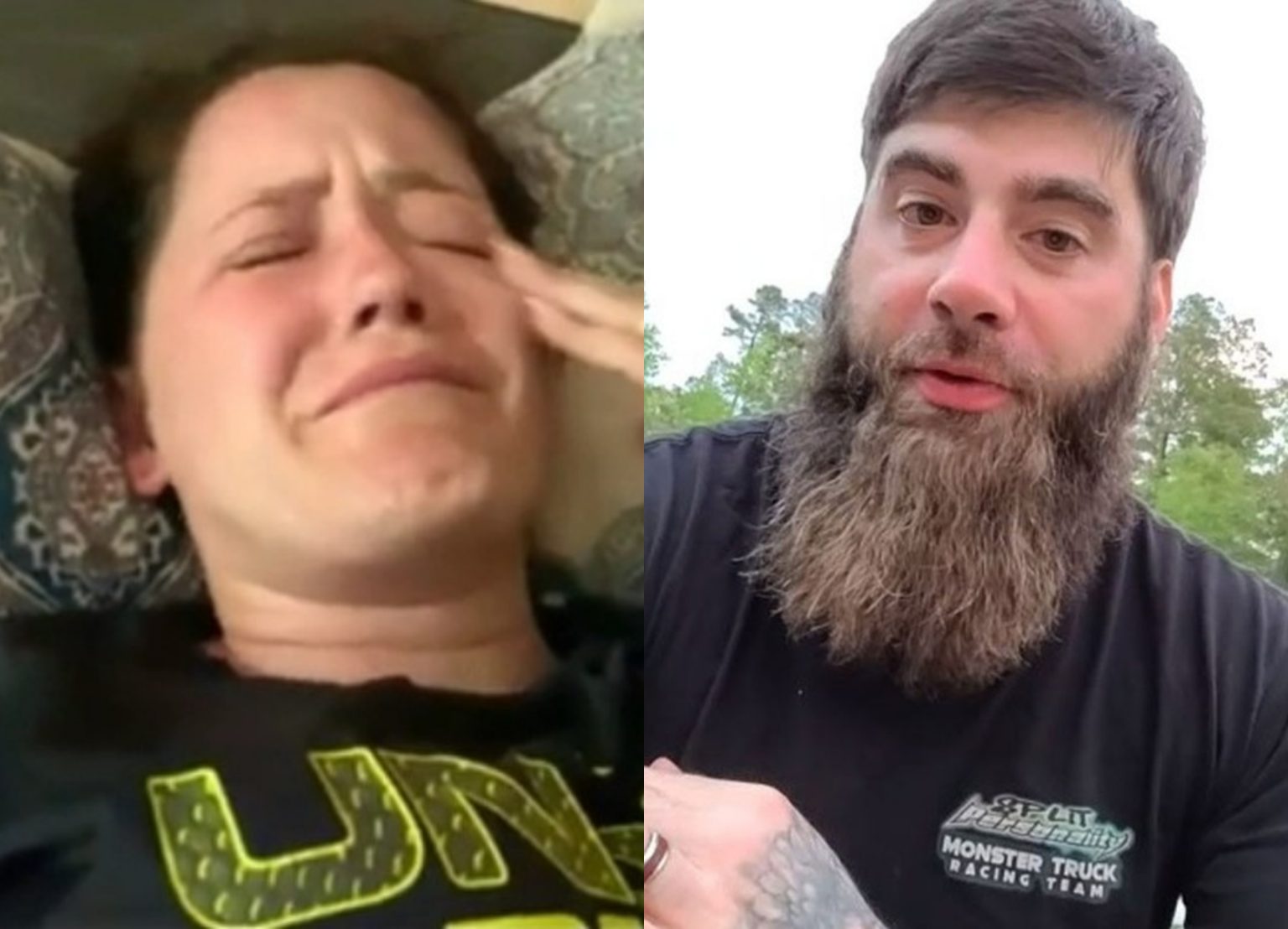 Teen Mom star Jenelle Evans might be facing issues in her relationship with her husband, David Eason. The infamous MTV couple has been married since 2017 and even share a child, their five-year-old daughter Ensley. They’ve been living together along with Jenelle’s two sons, Kaiser and Jace, whom she shares with exes Nathan Griffith and Andrew Lewis, respectively. After her split from Griffith, she met David through Tinder and introduced him to her followers in 2015 with a sweet selfie. However, their marriage has been through rocks for quite some time now. Evans and Eason also briefly broke up between October 2019 to March 2020. The separation was so worse that Evans even moved to Nashville. Later, she also filed papers to end their marriage. Now, it seems like they are on the verge of separating once again. Keep reading for more details.

The popular Teen Mom couple seemed to have worked through their issues, but a recent interaction showed a different picture. Shockingly, Jenelle Evans visited David Eason’s Facebook page to ask why he had blocked her number. Well, this is not the end! She also added another statement which said, ‘Wish you cared about me as much as Facebook’. Although the star deleted her post, fans quickly grabbed a screenshot and discussed it over her fan pages and Reddit.

A lot of fans believe that the Teen Mom star did it as a publicity stunt. They felt she wanted to make it to the headlines, so Evans made the controversial comment on social media. Well, Jenelle posts such things to keep people talking about her and seek attention. A few even felt that she is probably faking it and does not mean any word she put up there. However, lately, Jenelle and David have been facing marital issues. Evans recently shared a quote on Instagram: “You can’t fight for a place in someone’s life”. This is because she feels that “no matter how hard you try to keep your place, they’ll put you where they want”. However, it might not be a place “where you should be,” Jenelle added.

Viewers believe Jenelle arrowed this toward Eason, hinting at issues between them. Also, in an episode of Teen Mom: The Next Chapter season, she spoke about her problems related to David with her castmates and friends, Briana DeJesus and Jade Cline. Evans complained that she was tired and fed up with her husband. The actor added that Jenelle has been avoiding him and giving him the cold shoulder. For reference, David did not have a job for a long-time

, and Evans was the only breadwinner of the four family members.

It is not the first time that the couple has fought. They have been on rough terms before as well. David has reportedly turned physically violent on Evans at times. Jenelle has placed 25 emergency calls to 9-1-1 in a year, indicating the relationship’s toxicity. The mother of three once called emergency responders and complained that Eason pinned her to the ground and she might have broken a collarbone. However, no such pictures or stories of the couple have surfaced.

The Teen Mom star recently posted a Tik-Tok video lipsyncing on Eminem’s Eeenie Weenie. The video comes after a Reddit user commented that she does not believe in Jenelle’s marriage problem story. As it turns out, the footage creeped out a lot of fans. People said that they felt ‘uncomfortable’ and even got ‘scared’ of Evans in that video. They also called Evans “Cringe Lord” and “disgusting”. What do you think about Jenelle and David’s marital issues? Was it true, or was it just another publicity stunt? For more exciting news updates, stay tuned to TV Season & Spoilers.