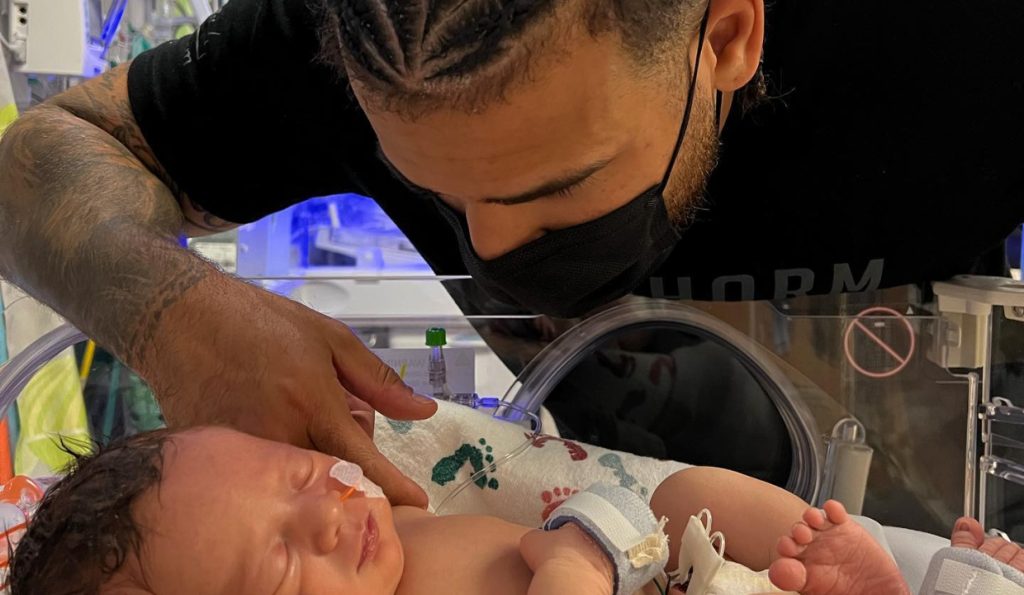 The Teen Mom star Cory Wharton has three beautiful daughters, Ryder, Mila, and Maya. Ryder is the eldest and is from his ex Cheyenne Floyd. His other two daughters, Mila and Maya, are from his girlfriend, Taylor Selfridge. Mila is the eldest of the two, whereas Maya is just seven months old. Unfortunately, Maya, the toddler, was diagnosed with heart disease. The reality TV star recently shared a touching story about her adorable little princess. The family has been experiencing some really difficult times. Maya was born with tricuspid atresia, and her health issue could only be curled by surgery. Wharton recently informed his followers that his newborn had open heart surgery and asked his followers to pray for her. However, recently Cory shared a new picture of his daughter Maya after she underwent heart surgery and shared heartbreaking information about the process. Let’s read about it.

Teen Mom personalities Cory and Taylor have been open with sharing information concerning their daughter’s health. The parents recently shared several pictures of their daughter recovering from the surgery. On Sunday, January 8, Taylor took to Instagram to post a picture of their little daughter dozing off in a hospital bed. As per TheSun, the adorable child slept with wires attached to her and a pacifier in her mouth. Her mother captioned the photo with two double-heart emojis as she gushed over her younger daughter. On Monday, she posted another image of Maya smiling wide and awake in her bed.  A heart-shaped piece of tape was placed on the child’s cheeks to keep her nasal cannula in place as she played with a toy.

Her mother took the picture as she grinned widely in front of the camera. Taylor added the message, “My little love,” along with a white heart emoji. However, Cory also shared a heartwarming video of him cradling Maya next to her crib. He looked into his child’s eyes and patted her behind to put her to sleep. In his post, the Teen Mom star told his fans that he would soon provide another update on Maya’s health. But further in his caption, he added something that concerned the followers. Although he did not give details about the surgery, he mentioned that things had not gone as planned. However, fans are now worried and feel the surgery might not be done successfully.

On Teen Mom, Cory Wharton made his debut as a supporting cast member with Cheyenne Floyd, his then-girlfriend. They ultimately divorced each other and are currently dating new people. However, Cory is a regular cast member since he and Floyd share parenting duties for their daughter Ryder. As a result, he frequently returns to the show with his new family. Along with Ryder, he has two other daughters with his partner Taylor. The father has a two-year-old called Mila and a four-month-old baby named Maya. They’ve all lately had difficult times. Maya, Cory’s newborn daughter, unfortunately, has a heart issue.

Maya had to have surgery to save her life. So, Cory asked Teen Mom followers to pray for her to have a better life on his social media platform. He eventually gave a medical update. She accomplished it, the devoted father proudly said as he raised his youngest daughter in the air. Moreover, Wharton shared with his fans that his daughter had been discharged from the hospital while feeling relieved. Maya had an “open heart surgery”

scheduled for the next week since she had not fully recovered. Fans of the show rejoiced and wished the young girl health improvement. We also hope for her good health and a great future ahead. However, if you also want to send her your blessings and good wishes, we have our comment section open for you. Until then, keep coming back to TV Season & Spoilers for all the latest Teen Mom updates.