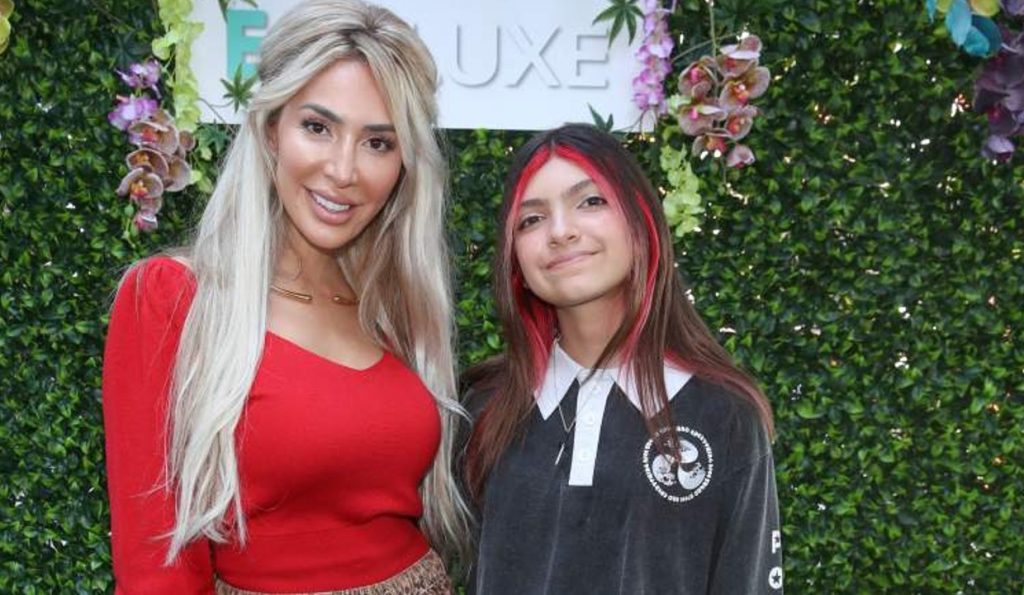 Teen Mom star Farrah Abraham began her career after she appeared on the show 16 And Pregnant. She has a daughter, Sophia, who is 13 years old. Well, the mother-daughter shares a tight-knit relationship. Their fans adore their wholesome bond. Sophia has always been into music. Recently, she posted a video from her Instagram handle where she was seen rehearsing with her electric guitar and a drummer by her side. The way Sophia dressed in the video hints to the fan that she is a punk at heart. Tune in to get all the updates about this emerging music sensation.

Sophia Abraham is the daughter of Teen Mom star Farrah Abraham. She is the only child of the star with her late boyfriend, Derek Underwood. He passed away one month before Sophia’s birth in a car accident. However, her mother was strong enough to raise a daughter independently. Viewers love how supportive the MTV star is of her daughter. Despite being in the limelight for returning to the show, Sophia gives plenty of attention to her daughter. Sophia has been exploring her musical side. The young rocker, however, is not the first person to have a love for music in her family. Moreover, Farrah released a music album, My Teenage Dream Ended, in 2012 and a single, Blowin, in 2014.

According to Sophia’s Instagram and TikTok posts, she isn’t afraid to express her authentic self. She also unleashes her funny side online as her Insta bio says she was “born on MTV”. Also, the celeb’s posts emphasize that she enjoys spending time with her mother, aka Teen Mom sensation Farrah. In the recent video, she was playing her black guitar. Also, her outfit was inspired by punk fashion, similar to her music. The teenager wore ripped skinny jeans, a black graphic vest, and blood-red splatter Converse.

However, some fans find Farrah not to be a good mom. People have previously judged the star for allowing Sophia to do things that are not so common with other teen girls her age. On her 12th birthday, the teenager dyed her hair a purple shade. Sophia also flaunted her brand-new septum piercing for her followers to see in a now-expired Instagram story from her 13th birthday. She also captioned it as a “birthday dream come true”. Many disapproved of these incidents.

Teen Mom: Farrah Abraham Slammed By The Fans For Inappropriate Conversation With Her Daughter

The Teen Mom celebrity Farrah Abraham shares a great bond with her daughter. It was clearly seen in a video. The two were sitting in a car where they were having a conversation recorded by the famous mom. Besides, the pair was discussing something about Sophia’s Instagram when she came up with a shocking question. The 31-year-old mentioned in the video that her daughter constantly asks about her feet. Sophia was asking her mother whether she should post her feet for her followers. Farrah reacts in by asking the little one, “Who gives a damn about feet?”. To which the teen girl says, “you”.

The Teen Mom alum Farrah ended her video by saying she loves her feet and even posts pictures of them online. The duo was enjoying this conversation, but fans’ reaction was the opposite. They criticized the celebrity mom a lot. A viewer said, “this is very disturbing.” Another fan mentions, “It’s different if it’s a photo with your feet in it, but posting photos of a minor’s feet is illegal.” The fan further completed their statement by saying that Farrah has been in trouble before for including her daughter in her Only Fans video. So, she should be more cautious. Do you think Farrah is right about having such conversations with her daughter? For more exciting news updates, stay tuned to TV Season & Spoilers.