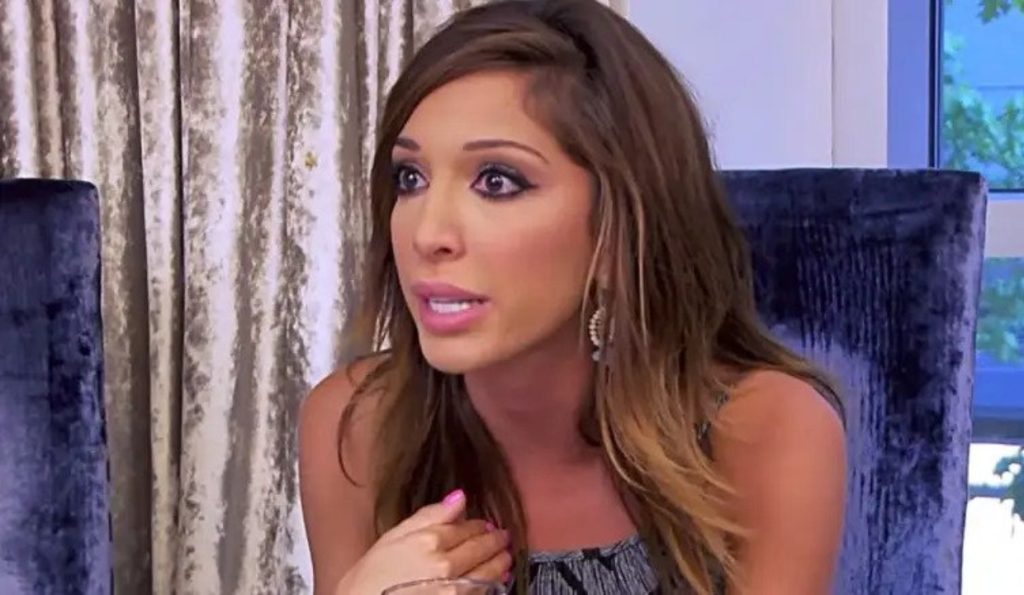 Farrah Abraham first appeared on the show 16 And Pregnant when she found out she was expecting with her high school boyfriend, Derek Underwood. Alas, their relationship did not last long. Alas, he died before their daughter was born. So, Farrah’s firstborn, Sophia, has never seen her dad. But she still feels close to him. The teen Mom star has dealt with the loss of her former lover for a long time now. Yet, she still has respect for him. Recently, on his death anniversary, the mother-daughter duo did something that caused a heavy set of emotions from the fans. Tune in to know what they did and how fans reacted.

Farrah and Derek had a child together, Sophia. They showcased their journey on 16 and Pregnant, which aired on MTV. Alas, their baby was born after her father died in a car accident. Derek was only 17 years at this time. The couple was not close when she appeared on the show 16 And Pregnant i.e., the Teen Mom spin-off. The MTV star’s mother, Debra Danielsen, had told her to cut off contact with Derek. It happened when she first showed up on the show. Well, she was unhappy that her daughter was pregnant so young. But a lot of years have passed since then, and things changed after Farrah had to face the loss of her ex. Recently, on his death anniversary, their daughter, Sophia, along with Farrah and his father, Jerry Underwood, went to his graveyard to pay their respects.

Teen Mom star Farrah Abraham posted videos and images of her and Derek’s daughter paying tribute. The trio covered the area with flowers and beautiful Christmas ornaments. Moreover, the celeb was also hugging her dog while taking the selfie. The 31-year-old star captioned how hard these 14 years were without his ex. Additionally, she said Farrah missed all those happy moments, and now she was “healing” and growing. After that, Sophia commented on the post, “Love you dad”, and she also thanked her family for letting her see this day. This made her feel close to her father. The fans got emotional and wrote their feelings in the comments. One of them said, “Your daddy is looking down from heaven, and he is absolutely proud of you!”

It was the 14th death anniversary of Derek Underwood, and Farrah Abraham went near his grave and gave him a tribute. Well, she mentioned in the caption that she finally found peace after so long. From 2008 to 2022, she struggled and missed him a lot, as per her Instagram post. Now she had started healing and was in alignment. Unfortunately, losing him was a very big heartbreak for her. Farrah concluded her message by writing, “I will always miss ____ like you miss Derek”. The post included videos and photos of the reality star with her daughter, Sophia, and Derek’s father, Jerry Underwood. They were at the late star Derek’s grave. Her message also reflected an effort to arrive at a place of peace father this major loss.

The Teen Mom fans’ hearts melted as they saw Little Sophia getting to meet and spend time with her father in this unique way. Some of them lauded Farrah for raising her daughter despite multiple hardships and such a huge loss. So they were happy for the celeb as she was finally trying to be at peace after struggling for 14 years. In fact, the viewers also said that Sophia looked exactly like her father. So, he must be proud of her as he sees her from heaven. A few of them said that he was an amazing person. Did Farrah’s wholesome gesture move you, too? Do tell your views in the comments below. Stay tuned to TV Season & Spoilers for more exciting news updates.