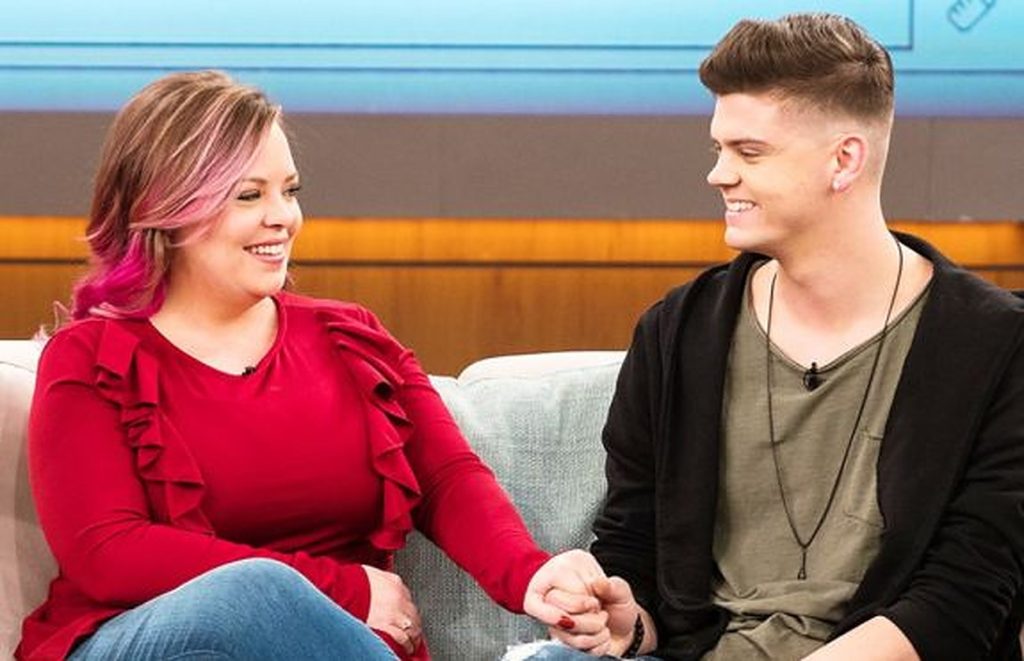 The Teen Mom OG Catelynn Lowell was introduced to fame in 2009 when she appeared in 16 and Pregnant. She became a mother at a very young age with her boyfriend, Tyler Baltierra. The couple welcomed their first daughter back then. However, they could not afford to take care of the baby, so the couple decided to put her for semi-adoption. Even after someone adopted the little girl, her biological parents were allowed to visit her. Catelynn had welcomed three more daughters since then. But, she wanted to have a son. Recently, a picture of Baltierra is getting viral on the internet that hints at her pregnancy. Keep reading to find out if Catelynn Lowell is expecting again.

The Teen Mom OG Catelynn Lowell is now a household name in the industry. Her early struggles with young age pregnancy were shown in the reality television show 16 and pregnant. Being pregnant at 17 was certainly quite stressful for the young mother. Nonetheless, she always had her boyfriend’s support, who helped in her worst time, and they are now happily married. The couple was blessed with four daughters. However, both parents expressed their desire to have a son. They are quite vocal that they want to have a son. Recently, a picture of the Baltierra family is getting viral on the internet that hints that maybe Catelynn is pregnant for the fifth time.

In the snap from their youngest daughter Rya’s first birthday, the reality show couple was photographed in a blue dress. Her daughter, Nova’s hand, was on her mother’s belly, suggesting that maybe she was pregnant with baby #5. Moreover, her belly seemed to bulge up, as highlighted by Heavy

. As it was snapped in blue, fans speculated maybe they were all set to welcome a son. Fans went down on Instagram, Reddit, and other social media platforms to discuss the possible pregnancy. Nonetheless, there is no confirmation from the couple’s side.

Although Catelynn Lowell and Tyler Baltierra wanted to have a son, Lowell had health issues

with another pregnancy after four pregnancies. Besides this, she suffered a miscarriage and also had pregnancy complications. In addition to that, her young age pregnancy affected her health. While pregnant with her younger daughter Rya, she revealed that pregnancy was never easy for her.

Aside from having a miscarriage, the star was accused of false pregnancy positives. Nonetheless, they never lost hope and always tried for a baby boy. She again gave birth to a girl. However, the couple revealed that they were done with having babies. So, Rya was their last baby. They are not planning for another baby. However, if we have any updates from their side, we promise to update you about the same. So, till then, stay tuned to TV Season & Spoiler.