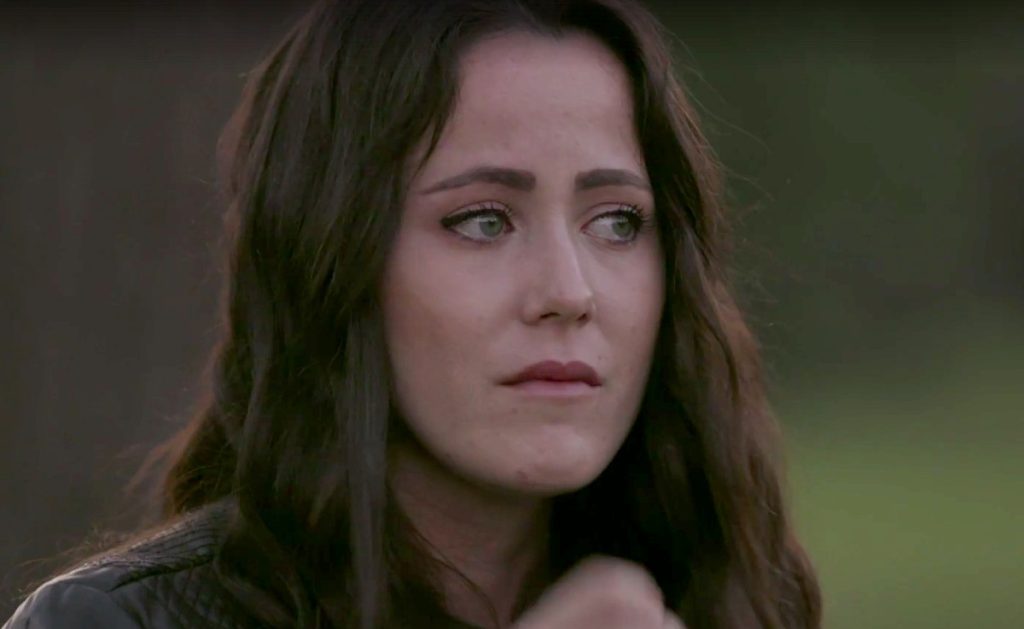 Teen Mom: Jenelle Evans Is Dealing With SERIOUS HEALTH ISSUE, Asks Fans To Pray For Her!

Jenelle Evans had been part of Teen Mom for a long time before MTV fired her. It happened because of her husband’s misdeeds. Now, she is a mother of three kids with different partners and is currently with David Eason. However, their relationship always had lots of highs and lows. The reason for their indifferences is mostly because of her husband’s behavior. Amidst all this, health condition of Jenelle also gets neglected. Moreover, she remains busy managing her relationship and kids. Recently, the mother of three updated her followers with a Q&A session about her health condition. Tune in to know what happened next.

Jenelle is open about her health condition with her fans and followers. Thus, the teen Mom star frequently shares her health situations and diagnosis. She recently took to Instagram to reveal her recent update regarding her health report. Jenelle has been diagnosed with mycoplasma pneumonia, as she told her 3.1 million followers. Mycoplasma pneumonia is a mild infection caused due to bacteria. It affects the respiratory system and can cause major lung infections if neglected. Therefore, the Teen Mom star shared a Q&A session with her followers. In it, she asked a question, “Have you ever suffered from this?” And in no time, the 31-year-old was bombarded with so many responses from her followers, despite having a busy schedule with the kids. Nonetheless, the star decided to share answers relating to her condition.

One of the statements from Jenelle’s followers was relatable to her. The response stated that mycoplasma could be difficult to handle. Although antibiotics can help, the fan felt prayers work best. Jenelle thanked the follower and asked her other followers to mention her in their prayers. After all, she was worried about her deteriorating health. Some fans asked the Teen Mom star if this situation occurred because she had recently been on vacation. Jenelle clarified by noting that she had been suffering from this for a long time.

Some fans were happy that the celebrity was enjoying quality time with her husband, David. Besides, others thought she was ignoring her kids and being selfish. At the same time, a group of people suggested Jenelle some antibiotics that could help her improve her condition.

Teen Mom: Fans Believe Jenelle Should Prioritize Herself And Leave Her Toxic Husband In 2023

Jenelle was on the famous reality show for almost a decade. Thus, her fans watched her grow through the different seasons of Teen Mom. She has been through many ups and downs in her relationship. Now, she is with her husband, David, who appeared on the show with her. The 31-year-old married her husband in 2017. However, fans do not find him a good match for Jenelle. The viewers even believe that the celebrity mom does not prioritize her health and that her husband does not care for her. Well, Jenelle puts a lot of effort into her relationship despite them breaking up several times.

The couple even split temporarily in 2019. So, the fans suggest and even wish for Jenelle to put herself before her relationship. Hence, they want her to dump David. Jenelle uses her social media to rant about her husband’s toxic behaviors. Recently, she told her fans that her husband spoiled her birthday, and only her kids were there to cheer her up. Moreso, she even mentions in her stories that her husband does not care for her. Thus, her fans support her and want her to stay happy and healthy by splitting with her husband, David. Keep coming back to TV Season & Spoilers for all the latest reality TV updates.