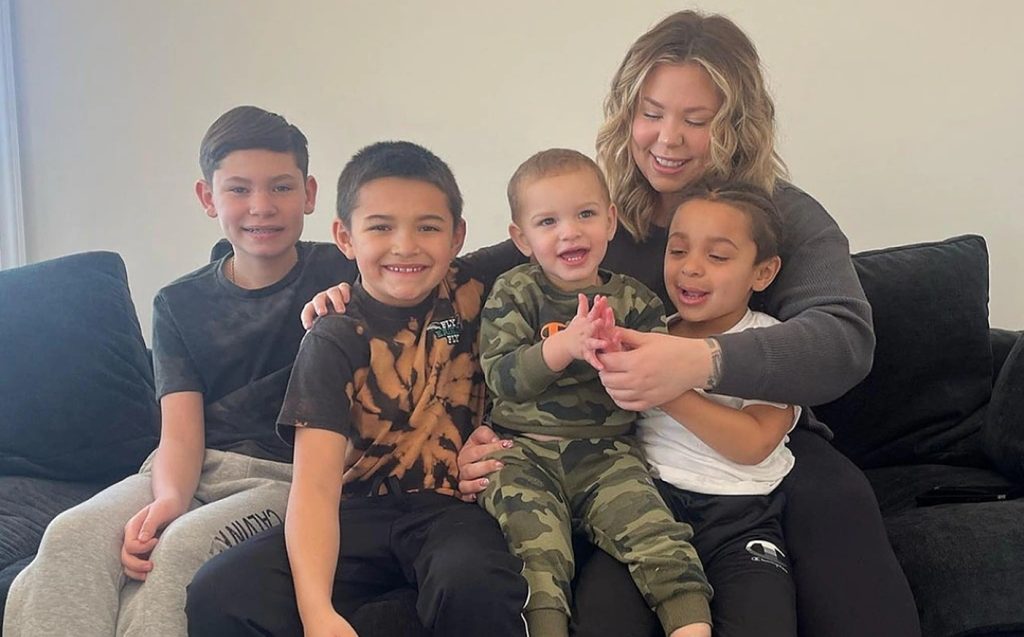 The Teen Mom star Kailyn Lowry has shocked her fans by dropping major hints that she is expecting again. Kailyn Lowry’s journey as a young mother was featured on Teen Mom. The beauty got pregnant at 17 by her boyfriend, Jo Rivera. The lack of support from her family made her life very hard. In 2010, Lowry gave birth to her first child Isaac Elliot Rivera. She then featured in Teen Mom 2. Lowry fell in love with Javi Marroquin and shared a son Lincoln Marshall with him. The couple even married and later parted ways.

Later on, Kailyn started dating Chris Lopez. The pair is blessed with two kids with him. However, their relationship also did not work out, and they separated ways. Now, again Kailyn Lowry is speculating about pregnancy rumors with her new boyfriend. Fans are interested in knowing whether she is pregnant or not. Keep reading to find out.

The Teen Mom star Kailyn Lowry’s fans are repeatedly speculating that she is pregnant with baby number five. The 30-year-old beauty recently posted a few pictures promoting the new episode of Coffee Convos Podcast on her Instagram account. In the picture, Lowry sits behind a charcoal grill alongside the host Lindsie Chrisley. Both looked beautiful in their oversized hoodies paired with black trousers. The beauties were seen enjoying the freshly grilled hotdog sitting in the backyard, laughing around.

Although their dress was normal according to the weather, the eagled-eyed fans observed Lowry sitting in a position that hides her reportedly growing belly. Fans speculate that the Teen Mom OG is hiding something beneath her oversized hoodie, as per TheSun

. There is another picture that too suspects Lowry’s pregnancy. She was seen wearing an oversized boyfriend jacket. Fans observed that the picture was taken so that it hid her pregnancy. Previously, a picture featuring Lindsie and Kailyn went viral on the internet where Lowry was holding a glass of water while Chrisley was having an alcoholic beverage. Fans believe Teen Mom 2’s alum is avoiding alcohol because she is pregnant.

The reality television star talked about having more babies in an episode of her podcast, Barely Famous. Kailyn talks about having a baby with her boyfriend Elijah Scott

, as she doesn’t have a baby with him. The beauty hinted at having a baby by next year. However, fans believe she is already pregnant and gives hints about her pregnancy rather than revealing it.

Kailyn is very much interested in expanding her family with Elijah. Moreover, the couple is also living together these days. Lowry is currently busy co-parenting her kids with her ex-boyfriend Chris and balancing her career and a budding romance with Elijah. She also talks about taking her relationship with Scott to the next level.