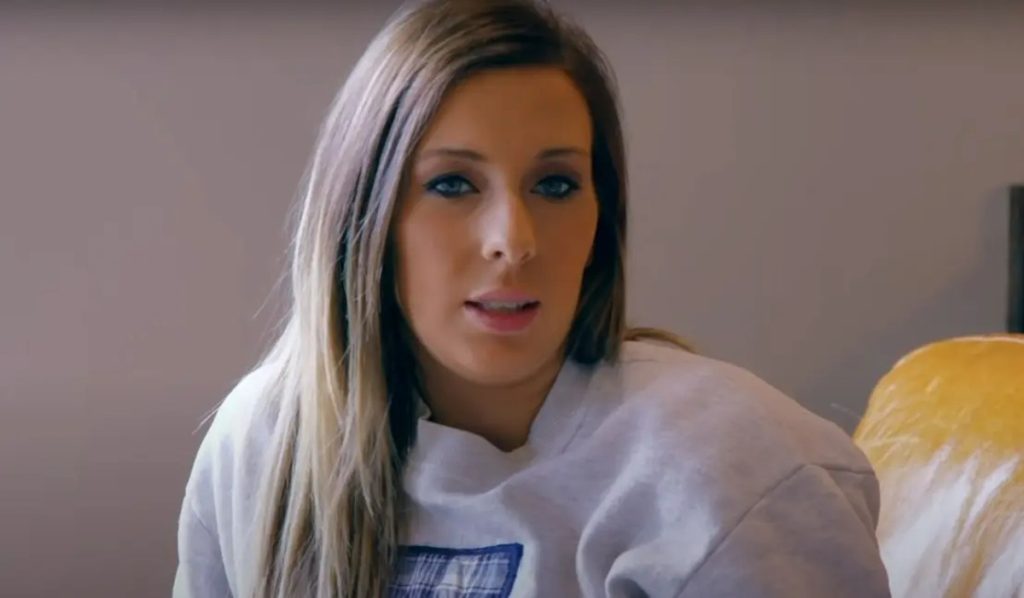 Teen Mom star Ryan Edwards’ wife Mackenzie showed her new look to her fans. She looked amazing and seemed very confident about the way she appeared. The recurring star is known for changing her appearance frequently. She first appeared with her husband after he got divorced by Maci Bookout. Well, Mackenzie and Ryan had to work on their bond in the past, and now they are happily married to each other. They also have cute babies together. She recently uploaded her look on Instagram, and fans are busy talking about her as she appeared different. Tune in to know everything about her look.

Teen Mom star Ryan married his partner Mackenzie in 2017, and since then, they have been in love. They share two adorable kids named Jagger and Stella. However, Mackenzie also has a son, Hudson, with her ex Zachary Stephens. The celebrity mom lives with her husband and their kids in their Tennessee house. Mackenzie loves to experiment with her hair. Thus, she constantly switches from dark to lighter shades. In fact, fans seem to like the way she represents herself, and they encourage her with their hearty comments.

In a recent story, Mackenzie Edwards posted her new look. Through her selfie, she appeared to be sitting in a car, with her head tilted as one of her hands rested on it. The Teen Mom celeb has a new hair color now. The 25-year-old had previously dyed her hair almost black. Initially, it was in the shade of light brown. Also, she wore glasses with large square lenses, which complimented her overall look and face structure. The star was wearing a blue scrub while giving a light smile to the camera. It made her look prettier than ever, and fans took to compliment her on social media.

Mackenzie is famous for changing her looks. Fans recently stalked her and found old posts of the mother of three donning an even more different style. The star had short hair while being on the show Teen Mom

. She then had blonde hair with a bob cut, which also looked great on her. The former TV personality took to Instagram in March of this year to share her hair transformation from light blonde to dark brunette. In the video, Mackenzie twirled her dark wavy hair and smiled at the camera to show the final result.

Teen Mom: Mackenzie Hints About Her New Gig With Her Selfie

Former Teen Mom recurring star Mackenzie Standifer Edwards may have left the MTV show, but she is still working some other gigs. After she posted a selfie on Instagram, fans began to speculate about her new job role as they noticed her outfit. The 25-year-old posed in her car wearing light blue scrubs. Ryan’s wife’s clothes gave away what work she was now into. She also changed the color of her hair since the last time viewers saw her. Moreover, Mackenzie had long dark brown hair as she posted her photos on Instagram in August. But now she had gone with a lighter look and shortened her hair, and gathered lots of compliments.

According to the latest reports, Teen Mom star Ryan Edwards’ wife is currently working as a medical sales representative. But she does not want to publicize her work for now, as per the reports. Fans also assumed something like this as she is from a medical background. As mentioned above, Mackenzie was wearing scrubs in her recent selfie. What do you feel about her new look? Do you also believe that she is working in the medical field? Let us know your views in the comments below. Keep coming back to TV Season & Spoilers for all the latest reality TV updates.