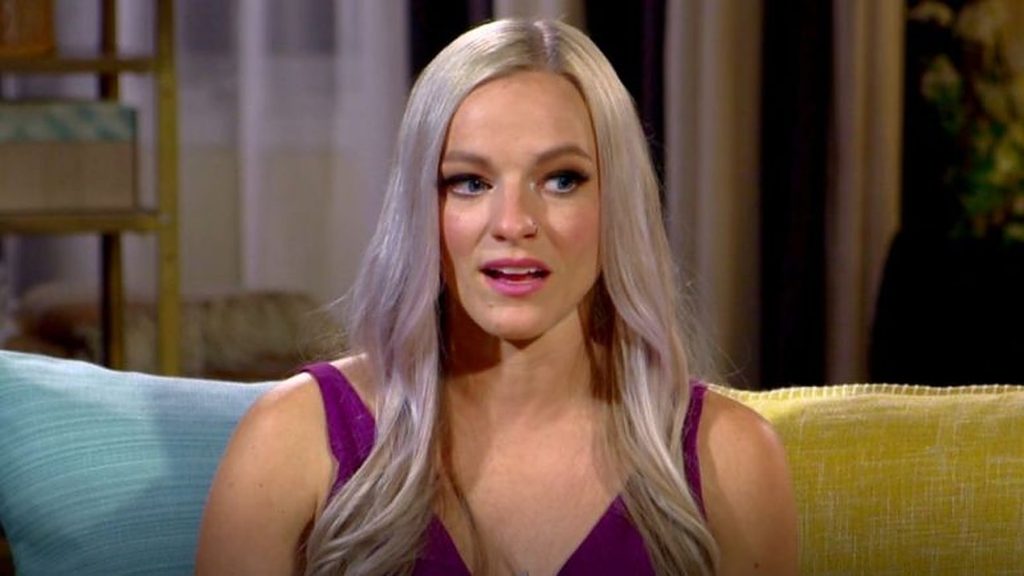 The former Teen Mom star has taken the internet by storm. Mackenzie has been showing off her abs in stunning bikinis by the pool. Fans can’t stop complimenting her. Moreover, her well-maintained figure has surprised them, especially after having three children. She might have gotten fired from MTV, but that does not stop her from enjoying her summer. Keep reading to find out more!

The mom of the three took to her Instagram and had been posting swoon-worthy bikini pictures. Mackenzie wore a baby pink two-piece bikini in one of her posts. Her toned body left the fans speechless. Moreover, the caption “I was born to walk through the fire,” seemed fitting for McKee’s smoking hot figure. However, one fan’s comment stood out. They said that obviously, MTV doesn’t want her in their show because they are jealous as she looks like this.

The Teen Mom star didn’t stop there. She just posted another picture, this time in a lilac bikini. Moreover, her abs look even more toned in this one. Fans believe she has been spending a lot of time in the gym. Besides, her followers understand her frustration with MTV now. She didn’t get to flaunt her amazing figure. Nevertheless, she shared the photos with her one million followers.

The reality star captioned the picture ‘No complaints,’ which is kind of ironic as that was all she could do the other day. McKee was hurt she was not invited for the new season of the popular show, She has been ranting to anyone who would listen about how betrayed she felt. Moreover, she can’t understand why MTV ghosted her

. However, the reason is pretty evident to everyone else. What are your opinions about her getting fired? Tell us in the comments!

MTV has ghosted Mackenzie, and she is not happy about it. The network is producing a new season of the popular show, and she was not invited. The reality star has been frustrated as she hasn’t been given any reason for her exclusion. However, fans think the reason is very apparent to everyone except her. McKee had referred to Kamala Harris, the new Vice President of the United States, as a colored woman. This statement offended many people as it came off as quite racist.

Mackenzie is now being perceived as racist, and no network would want to be associated with her. However, she refuses to believe that this is why MTV won’t work with her. McKee says they worked with her for two more seasons after this incident, so obviously, it has to be something else. Fans don’t know whether she is ignorant about what she did or if she is really that naive. Moreover, they don’t know which is worse. Nevertheless, fans will definitely miss her on the show. Stay tuned to TV Season & Spoilers for further updates on Teen Mom.