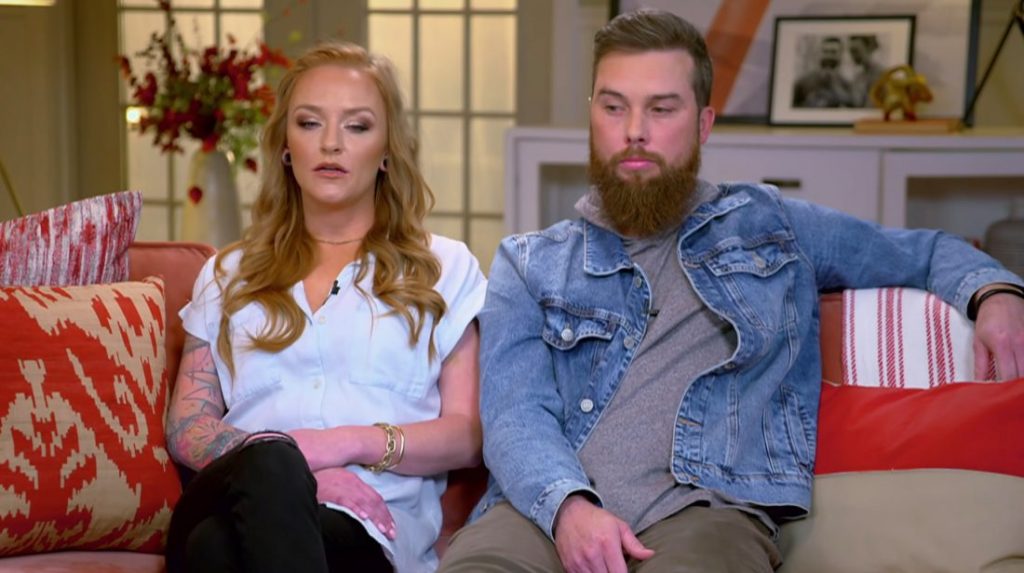 Teen Mom fame Maci Bookout’s husband, Taylor McKinney, is extremely protective when it comes to 12-year-old Bentley. The viewers saw the reunion of Maci, husband Taylor McKinney, and Ryan’s parents. And Taylor and Ryan’s father, Larry, was caught in the heat of the moment. Larry claims to have purposely kept Bentley away from them. So, what is true and what not? Let us look into the details below.

Teen Mom star Maci Bookout and her husband, Taylor, had a sit-down with Ryan’s parents. The four of them talked about 12-year-old Bentley. Us Weekly covers the sneak peek video of the reunion. The video includes the argument which discusses Bentley’s estranged behavior towards his father, Ryan Edwards. Ryan’s parents, Larry and Jen Edwards say that they have very limited time to spend with their grandchild. Moreover, Larry claims, “A 12-year-old boy can be manipulated.” Larry and Jen find Maci and her husband, Taylor, to be responsible for all the gap that has come between Bentley and his grandparents.

Jen expresses her want to spend more time with Bentley. She says, “We would obviously love to spend more time with him, but we understand that he has school, sports, friends, and all of that.” At the same time, Larry finds Maci to be responsible for not letting Bentley spend much time with his grandparents. Larry even claims to have purposely kept Bentley away from them by limiting the time. On the other hand, Maci was in shock for Ryan’s parents to feel in such a way. She never thought Jen and Larry would make such an accusation on her.

Taylor could not listen much and got heated up after a while. The star knows that his wife is not responsible for the chaos. He sees his wife make all the effort not to let Ryan’s condition affect Bentley. Maci Bookout’s husband could no longer hear Larry’s accusation. He moved to the corner of the sofa and said, “Since I’ve been around, I know this woman has bent over backward to make sure Bentley has kept a relationship with them through everything that Ryan has put us through.”

The moment heats up even more when Larry recalled a situation when Maci commented about putting Bentley in an unsafe situation while bringing him around Ryan. He sat by the edge of the sofa and stated in full anger, “Let me tell you something. Never would that ever happen, ever. Let me tell you.” To that, Taylor shoots back, “Don’t you buck me.” Taylor claims Larry and Jen force Bentley to build a relationship with his father. He alleges that Larry forces, Bentley, to take a picture or give a hug to Ryan.

Teen Mom: Jen Gets Emotional And Feels ‘Caught In The Middle’

Jen even got emotional in the reunion. She thinks that she and Larry have been ‘caught in the middle because of his son’s drama.’ Jen was filled with tears. She wanted Maci and Tyler to know that they love their grandchild and do not to lose him. Jen also let everyone know that she and Larry do what they can to support Ryan’s recovery. She explained, “It is so hard, If you put yourself in our place, and if Bentley had a problem down the road, I know for a fact that you would do everything in your power to support him.”

Mackenzie was seen previously to claim that MTV has cut ties with her and Ryan’s parents. Producers say that Maci’s agents wanted to put more focus on Maci’s lifestyle rather than anyone else. The cut-out may have been done because of the heated conversation. Whatever it may be, let us further wish 12-year-old boy Bentley to have a good life ahead.