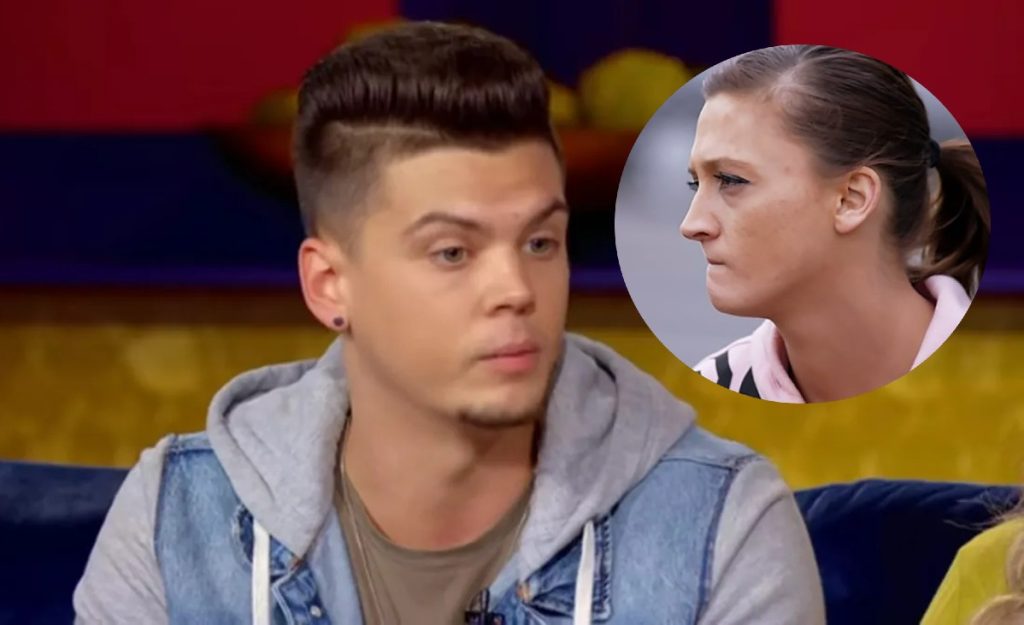 The Teen Mom fans might have remembered the troublesome sister of Tyler Baltierra, Amber, who was known for her careless behavior. Amber was in a serious relationship with Matthews Bell, and she was blessed with two kids with him. However, in the past few years, she has constantly ignored her kids and struggled with her life. Amber was addicted to alcohol and had been spending her time in rehab. After their separation, Matt was awarded the kid’s custody. However, last year it was transferred to Amber. Nonetheless, she still struggles in her life. And now, fans wonder who has custody of her kids. Keep reading to know the details.

The Teen Mom star Tyler is happily married to Catelynn Lowell. Meanwhile, he has a happy life with his wife, and his sister Amber is still struggling in her life. Last year, Tyler revealed on the show that he was unhappy with her sister’s behavior. She was addicted to alcohol and was not taking care of her kids. Moreover, he was worried for her kids. Tyler said it was difficult for the young ones to live without their mother. Previously, she was arrested for substance abuse and had spent 20 days in jail. However, in 2018, she was sent to rehab for her treatment. Amber shared a picture with her kids, stating her kids were her biggest motivation and support.

Besides this, she was battling a legal battle for her 14-year-old son. As reported by TheSun, she filed for a petition to appoint a limited guardian for her baby. Moreover, she consented to the abolition of her parent right, as recorded Court Paper. In the hearing held on 5 April 2022, a Michigan couple was granted the minor’s co-limited custody. Meanwhile, she was in rehab for her treatment. Amber is getting better now. However, there is no information about her daughter’s custody.

It’s been a while since Amber split her ways with her partner Matt. She has now moved on in her life with her new boyfriend. A few months back, the reality television star shared a gross PDA picture of herself with her husband. She was spotted kissing her beau while pointing her tongue. She captioned the picture, ‘Yes, this is us.’ Moreover, she also said, “Please say something.” Amber also added that her beau was as weird as she was.

However, fans were not happy with her gross PDA pictures and went on slamming the star for her behavior. One user wrote on Reddit, “I hope they brushed their teeth.” Amber got married to her boyfriend Jason in a secret ceremony last year. And the couple has been together since then. Nonetheless, nothing helped her to stay sober. Her drinking habits also bothered her brother, and he talked about that in the last season of Teen Mom.