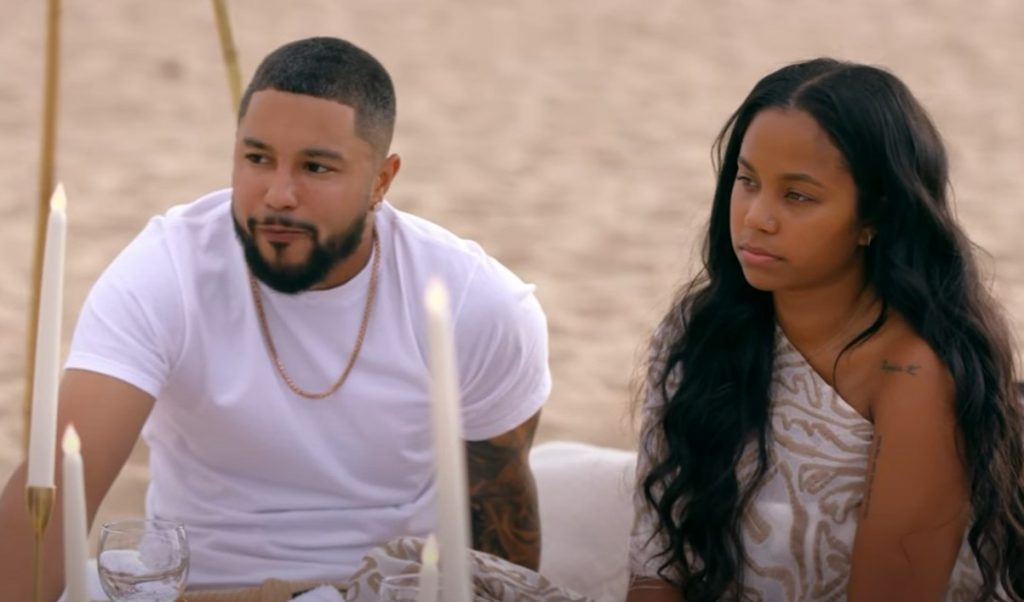 Cheyenne Floyd, a member of the Teen Mom cast, has been dating Zach Davis for a while. Floyd and Zach currently appear in The Next Chapter series. In September, the couple’s long-awaited wedding took place in a small ceremony in California. But after their lovely ceremony, disaster was in store for them. Zach was sentenced to 2 weeks in prison for DUI charges. Though he has a troublesome criminal past, Cheyenne’s hubby was seen carrying drugs on his honeymoon. Fans criticized him for such an illegal act. Keep reading to find out about his illegal move.

Teen Mom viewers criticized Zach Davis for bragging about smuggling drugs onto a flight. He and Cheyenne Floyd were headed for their honeymoon. The couple posted some videos from their vacation on Instagram. Before the weekend, Zach published a video on his Instagram Stories where he berated himself for buying some local marij*ana. In the video, Zach was holding some marij*ana. He then asked his wife, “What is this?” who was standing near the mirror. Davis explained how he managed to fly with them. Zach also told that he threw some in the turkey bag. Shockingly, he and Cheyenne had carried the drug on their trip for their post-wedding excursion was then displayed to his audience.

A Teen Mom skeptic took a screenshot of the story and posted it to a Reddit forum. They captioned it, asking why Davis is bragging about carrying something illegal on the plane. In about 24 hours, the comment section was full of more than 400 comments. Given that Zach is well-known and “the wrong person” may view the video of him bringing drugs into another nation, one of his detractors thought it was a bad idea for him to publish it publicly. Fans also said he should be arrested for such an unlawful act. Another Teen Mom critic brought up Zach’s criminal history and stated it was not the smartest decision for him to share a video of himself possessing marij*ana.

Teen Mom: Zach’s Past Is Filled With Unlawful Acts! Know About His Criminal History

Zach was arrested for DUI in 2020 and given a 120-day prison term. In addition, he was required to pay a $500 fine and complete an 18-month licensed alcohol education and counseling program. He also had to do four days of community service and 60 months of probation. But Zach only spent one day of his six-month term in prison. Shockingly, he was out a little more than 24 hours after checking himself into the Los Angeles County Jail. Following a trip to Mexico with Cheyenne and their children, Ryder and Ace, Zach was detained for outstanding warrants at LAX customs in January 2022.

Zach had outstanding warrants due to theft and DUI convictions for which he had broken the terms of his probation. Zach Davis probably received a 17-week jail sentence. That is due to a DUI accusation from 2020. According to reports, the man was driving with a blood alcohol level that was more than 0.8. The TV personality admitted guilty to the same. He spends time in jail in Los Angeles County for 120 days. The MTV star is also anticipated to begin doing time for breaching the law on November 1, 2022. Stay tuned to TV Season & Spoilers for all latest Teen Mom updates.