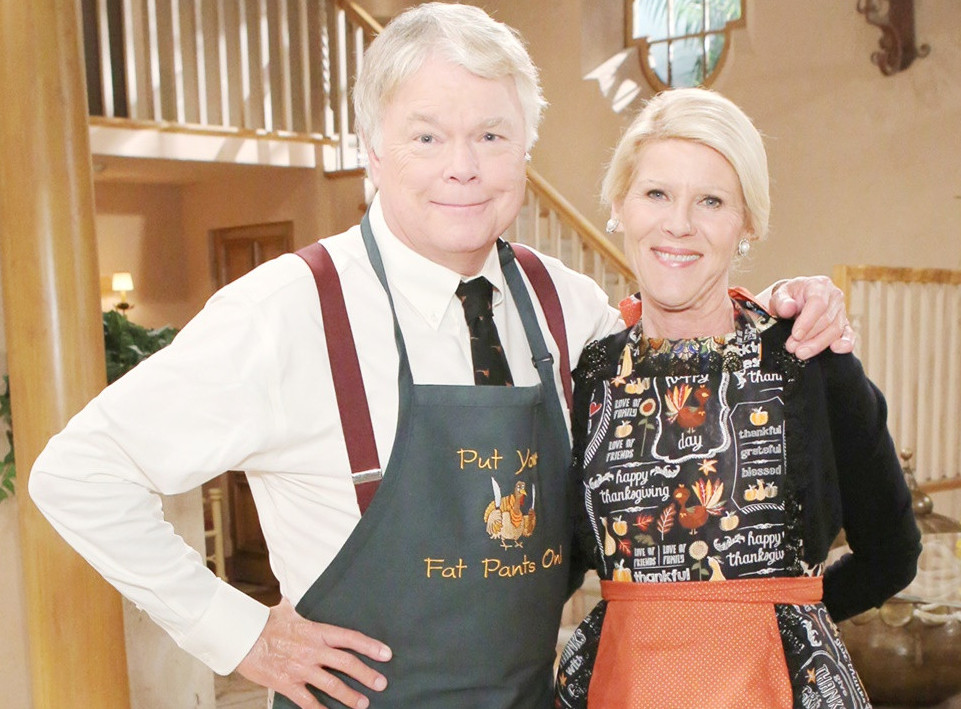 The Bold And The Beautiful Comings And Goings: Pam Douglas And Charlie Webber Are Coming Back!

The Bold and the Beautiful comings and goings news reveals that the lemon bar baker and her uniform-wearing beau are coming back to Los Angeles. Alley Mills and Dick Christie are all set to reprise their roles of Pam Douglas and Charlie Webber on the soap opera. It looks like they will make their appearance on Friday, October 22, 2021. However, this won’t be a single episode appearance, and viewers will get to see them over the upcoming few episodes.

The Bold and the Beautiful viewers would know, while most characters of the soap opera know all new fashion and trends, they certainly don’t get the long engagement trend. Most of the time, when a couple thinks that they are made for each other, they get engaged and end up at the altar. However, that isn’t what had happened between Pam and Charlie.

They had initially come closer because of their jobs at Forrester Creations. Pam was sharing secretarial duties with Donna while Charlie was the head of the security team. They worked together, and love bloomed between them. Eventually, they decided to get married. But unfortunately, they couldn’t really reach the altar. Pam and Quinn got into a battle, and this resulted in a lot of drama. They damaged Stephanie’s portrait and also insulted each other. Pamela couldn’t take her sister’s disgrace and decided to break off the engagement with Charlie.

Ever since this happened, Charlie and Pam’s romance has taken a back seat on the soap opera. However, the good news is that they are coming back. And when they do, romance might bloom here again. Maybe, they will come back and realize that they still love each other. The duo might start talking about their marriage once again. However, Soaps she knows suggests that this romance isn’t all that will happen there.

B&B viewers would recall that the last time Shiela caused trouble, she forced Charlie to do it for her. So, we might get something around that. Then, we know that Pam and Quinn never really sorted things out. So, viewers might get to witness a battle brewing there. Whatever the case might be, The Bold and the Beautiful spoilers suggest that things will shake up once Pam and Christine come back on the soap. They will reprise their roles this October 20, 2021, and will continue to be a part of the show in the Monday episode. So, don’t miss out.