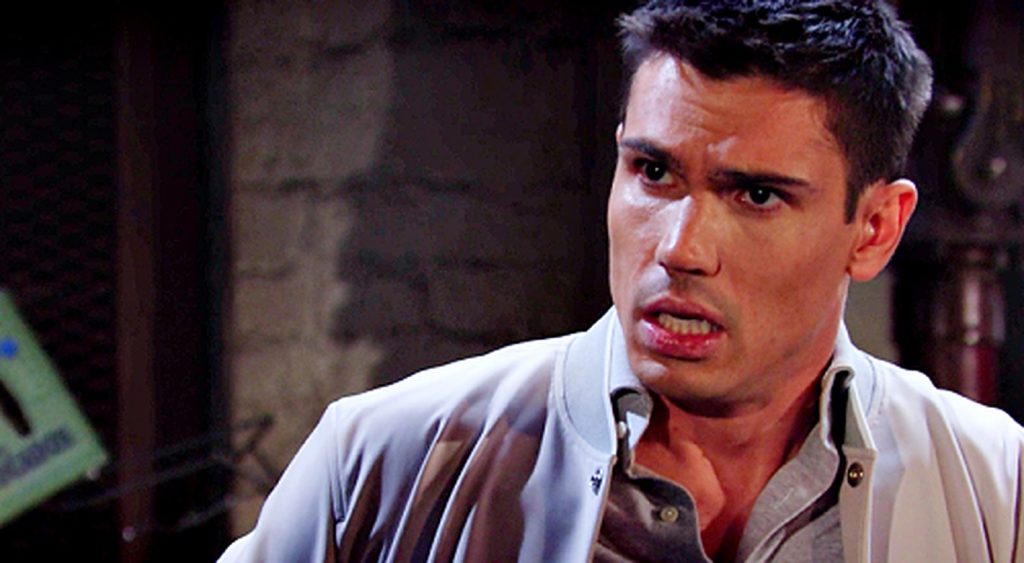 The Bold And The Beautiful: Finn Stumbles Across The Truth, Finds Sheila’s Survival Secret

The Bold And The Beautiful spoilers tease that Finn might stumble upon a Sheila-related secret in the upcoming days. This might add to his suspicion that Sheila is alive. Will Finn get some hint that Deacon is harboring the she-devil? Finn will certainly alert Steffy about it. Keep reading to see what might happen with Finn, Steffy, and Sheila.

We all know that Finn is a gentle doctor by his profession, but due to the situation, he might now start with some detective work. The Bold And The Beautiful already showed how much Finn was disturbed even when he knew that Sheila is no more. Steffy did notice his change in behavior and also was there to comfort him. Somewhere, Finn is just not ready to digest the fact that Sheila was mauled by a bear. It just doesn’t add up to him.

The latest The Bold and the Beautiful spoilers suggest that Finn will continue to respect what he is feeling and he might decide to look into this whole situation. As per the latest spoilers, while Steffy is dealing with the whole Brooke-Ridge-Taylor situation, Finn will be onto something else. He has been feeling that Sheila is around and he will continue to feel that. Owing to that, he will decide to don the detective hat and look into this whole situation.

Given how Finn spent some time with her while she kept him hostage, he knows that she won’t back off that easily. A few months back, when Sheila was trying to play with Hayes, Finn felt something is off. The show keeps on showing Finn in a bit confused state since he still is processing his crazy mother’s clues. What will happen now? Will Finn find something regarding Sheila? Let’s discuss what might happen further.

Fans might remember that November Sweeps 2022 spoilers teased that Sheila will finally unleash her wrath and go after Steffy. Not just that, it also mentioned that Steffy and Finn’s life is in grave danger. As for now, we know that Sheila is staying at Deacon’s place, and she keeps on dreaming of the day when she will finally reunite with her son, Finn, and Hayes. Even though Deacon keeps warning her to come out of the dreamland, she just won’t listen!

The Bold and the Beautiful spoilers tease that Deacon will again deliver a warning which might trigger Sheila to take some actions. Up until now, Sheila has left his house two or three times only for her son and grandson. Since The Bold And, The Beautiful spoilers hint that Finn might stumble upon the truth. Chances are that Finn might come across Lina. Initially, he might get the thought, but the situation and his investigation might land him to the conclusion that Sheila is alive. Either he might see her toe is missing or her wig might fall off, whatever happens, Finn might realize that the she-devil is very much alive.

After knowing this, the first person to save might be Steffy since she always has been under the devil’s radar. Finn might alert Steffy of what he found, and both might land in grave danger. Fans might remember the time when Steffy promised to make Sheila pay for her sins. So, what will Steffy do now? November Sweeps also hinted that Sheila will land in prison. We will have to wait to see how the storyline will progress in the upcoming weeks. Stay tuned and watch The Bold And The Beautiful, it airs every weekdays on CBS. For more updates and spoilers, visit our website, TV Season & Spoilers.