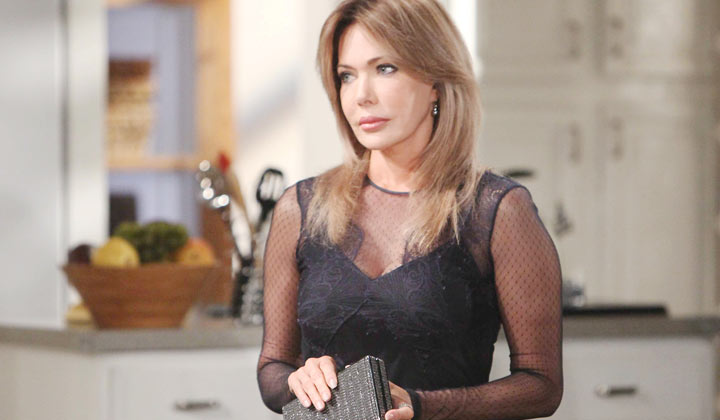 The Bold And The Beautiful For The Week Of February 7, 2022: Taylor Drops A-Bomb, Carter And Paris’s Relationship?

The Bold And The Beautiful Spoilers for the week of February 7, 2022, are out. It reveals that this upcoming week will be full of frustrations, twists, and turns. Starting the week will be Steffy lashing out at Brooke. Next, Taylor will drop a bomb on Ridge while Sheila digs for information. Finally, viewers will also witness Carter and Paris making decisions about their future. We have so much drama to look forward to. Keep reading to find out.

The Bold And The Beautiful: Steffy Lashes Out

Starting the week of February 7, 2022, Steffy will be determined to reunite Taylor and Ridge. Steffy will corner Brooke and lash out at her. Steffy will tell Brooke what she thinks of her. She’ll tell Brooke that she knows about her New Year’s kiss with Deacon and all her betrayals.

Steffy will also mention Brooke’s emotional blackmail to Douglas in order for him to be quiet. The heated argument will definitely get ugly; Steffy will list every bad thing Brooke has ever done. She might also contend that Ridge deserves so much better than Brooke.

Speaking of Steffy, She will move ahead with her plan and do something so that Ridge can see the security footage she just fished out. Moreover, Taylor will also have some bombshell to drop on Ridge. As the speculation has it, Taylor will be the one who tells Ridge about the secret Brooke is hiding.

Ridge will rile up after he comes to know the truth, but that isn’t all. Being the very smart self that Ridge is, he will decide to listen to Brooke’s side of the story before he makes any decision.

The Bold And The Beautiful: Sheila Is Curious

More Spoilers reveal that Sheila will be curious to know everything. Sheila was the one who planned on changing Brooke’s drinks. But now, she will want to know what else happened. Sheila knows that something happened, and she wants to know all about it. B&B spoilers suggest that she will corner Deacon and want to fish all the secrets about the night.

Deacon might not tell Sheila everything, but she will come to know eventually because the truth is about it explode. Brooke will look for love and support from Hope when her world crashes around her. She will be worried that her marriage will end now that Ridge knows everything.

Rounding off the week will be Carter Walton and Paris Buckingham figuring out their relationship’s future. B&B viewers know Grace doesn’t want Carter and Paris to be together, and she has warned Carter about it. Grace has asked Carter to stay away from Paris. So, Carter will tell Paris about it and hope they can make a decision.

What is next for Ridge and Brooke? Will Paris and Carter separate their ways? We will have to wait and watch. The Bold And The Beautiful airs on CBS all weekdays. So, make sure you tune in and enjoy. Many turns and twists are coming up around Brooke in the upcoming days. Don’t miss the action.