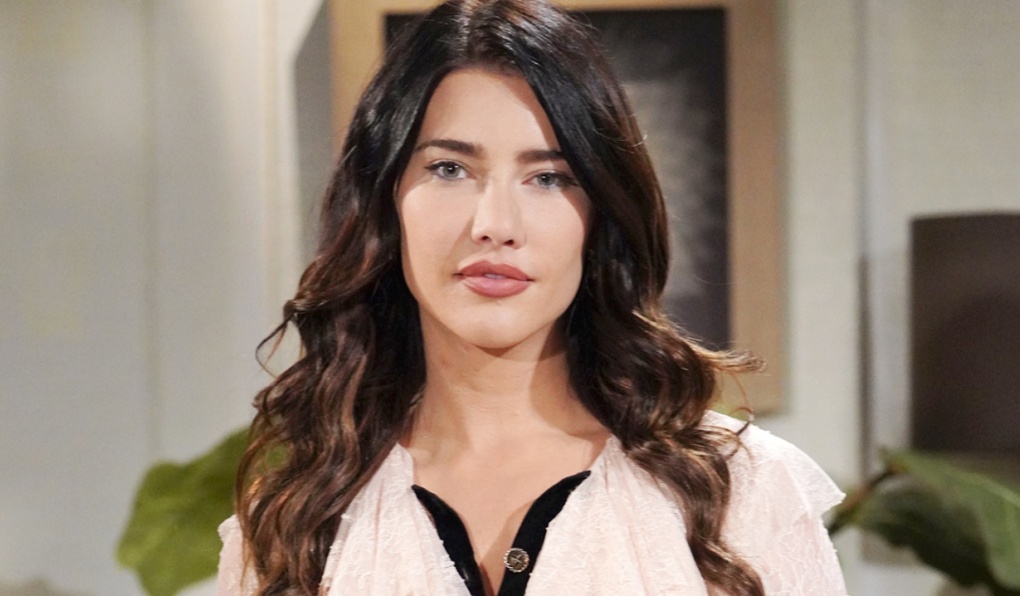 The Bold And The Beautiful: Jacqueline Woods Opens About What’s Coming Next, WARNS Fans

The Bold And The Beautiful viewers who are keeping up with the show know that the soap opera is becoming very dark and twisted. Viewers know that Sheila shot Steffy and Finn in the dark alley behind Giardino II. Finn was announced dead on the spot. But Steffy, on the other hand, was rushed to the hospital with paramedics.

Steffy’s family also rushed to the hospital in order to be there for her. Regular viewers know that Steffy is fighting for her life. And Ridge has declared that he will find out the person behind Steffy and Finn’s fate. We know that Jacqueline Woods, the actress who plays Steffy, is heavily pregnant with her third child. Woods’ pregnancy is due this spring, so she had to make a temporary exit from the show.

The Bold And The Beautiful: Jacqueline’s Interview

While Steffy might land in a coma until Jacqueline returns from her maternity leave. Before starting her maternity leave, Jacqueline took out time and spoke to ET Canada about what will happen next on The Bold And The Beautiful. She was as cheerful as always and told ET that she’s basically filming right until she gives birth.

Moreover, when asked about how the show will handle her absence, she insisted that she has no idea how her storyline will end up as of now. Jacqueline also told ET that they (cast members) are getting new scripts with new storylines every day. So it is very difficult to predict what can or cannot happen.

Nonetheless, she did drop a big tease on viewers with a mischievous grin and warned the viewers, “Oh my goodness”. She furthermore added, “just buckle up because there’s going to be a lot of twists and turns right now.” Woods exclaimed that things were moving quickly. So she had no clue. But right now, they’re in the thick of it.” All of this does tell us that a lot is still left that we cannot afford to miss on the CBS soap.

In the comments below, tell us: What do you think will happen next? The Bold And The Beautiful airs on CBS all weekdays. TV Season & Spoilers will keep you updated with updates until then. So, stay tuned and watch Jacqueline’s interview in the link the below: