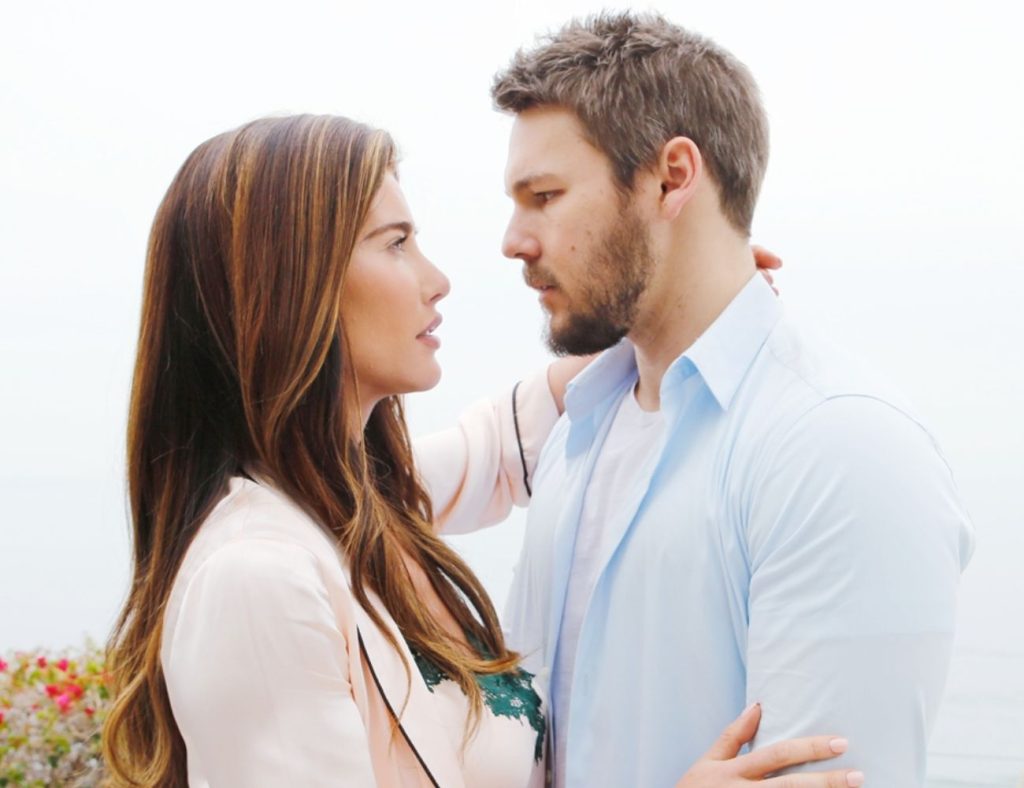 The Bold And The Beautiful: Liam And Steffy Come Closer, Sheila Plans To Push Steffy Out Of Finn’s Life

Sheila Carter is a force to be reckoned with on The Bold and The Beautiful. In the latest preview video, the sexy siren hinted to Deacon that she has a plan up her sleeves to get out of prison. Besides, Kimberlin Brown is going nowhere from the CBS soap, so it won’t make any sense to keep her behind bars for long. The latest The Bold and The Beautiful spoilers hint that once Sheila is out, she will chase her initial plan of reconnecting with Finn and Hayes. However, Steffy will become collateral damage to her plan. Will she find comfort in her ex-husband, Liam? Let’s find out!

Sheila Attempts To Reconnect With Finn

Sheila Carter cannot be trusted on The Bold and The Beautiful. However, if there is one genuine thing about her, it’s her love for her son, Finn. For as long as we can remember, Sheila has longed to reconnect with Finn. She also desires to be a part of her grandson, Haye’s life. But would rather stay as far away from his mother as possible. He has never minced his words when it’s come to expressing his distaste toward his mother. In fact, he has taken solid measures to keep Sheila out of his and his family’s life.

But a mother’s love sees no wrong in their child, right? Hence, in her warped sense of reality, Sheila has charted all of it as Steffy’s doing. She holds Steffy responsible for coming in the way of her and Finn on The Bold and The Beautiful. After getting released from prison, Sheila will approach Finn to make peace and perhaps start fresh. However, Finn will ice her out and does not want to maintain any relationship with her. Sheila, yet again, will feel like Steffy is stirring the pot against her. Thus, in her conquest to reunite with Finn, Sheila will feel the need to pluck Steffy out of the way. But how will Sheila do it? Let’s find out!

Sheila has already suffered the lasting consequences of trying to murder Steffy on The Bold and The Beautiful. The vixen too smart to repeat her mistake again. At least not if she wants to have better luck with Finn this time! Thus, Sheila will take a less morbid route to wash her hands off of Steffy Forrester this time. The cunning mother might determine that the best way to get rid of Steffy is to turn Finn against her. And what better way to do it than plant a third person in their equation?

Bill has already rocked Finn and Steffy’s love boat a little by revealing his past with Steffy on The Bold and The Beautiful. Sheila might pick up on that and decide to convince Finn that Steffy is not good enough for him. She might bring up Steffy’s questionable past and try to bring back another man from her past to the present. Namely, Liam Spencer. While it’s true that Steffy is happy with Finn, she still has shown pangs of jealousy towards Liam’s relationship with Hope. Maybe, she isn’t as over him as Finn thinks she is. If Sheila gets a hint of that, she will surely take advantage of it.