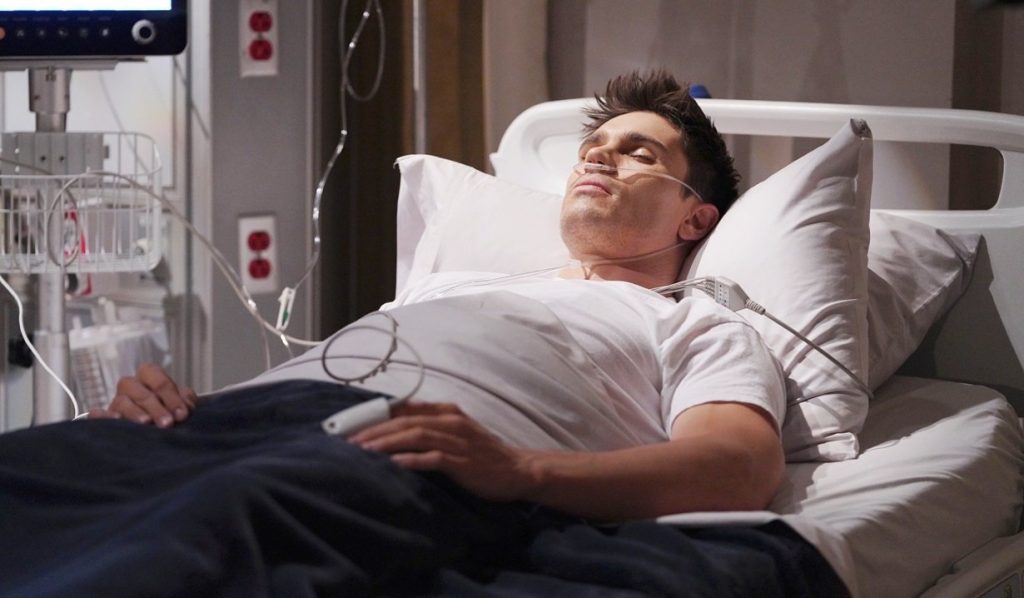 The Bold And The Beautiful Preview For The Week Of July 4, 2022: Finn Wakes Up, Sheila Is Furious

The Bold and the Beautiful preview for the upcoming week of July 4, 2022, relays the story of Finn’s consciousness. Finn wakes up after Sheila tries to revive him and he remembers what happened to him. He will want to meet Steffy but will remember how Sheila tried to hurt her. What will Sheila do now that Finn has woken up? Meanwhile, Taylor and Ridge will also talk about finding Sheila. Ridge will want to keep everyone safe. What would he do? Here is all about it.

The Bold and the Beautiful preview for the week of July 4, 2022, reveals that Finn will now be conscious and he will want answers. Sheila will be looking in the other direction when suddenly, Finn’s eyes open up. She is looking at Mike, worried that her attempts at reviving Finn have been wasted and nothing can be done anymore. However, Finn wakes up and will make an effort to speak to his mother.

Looking at his conscious son will light Sheila’s heart with joy. Finn has woken up from his coma! What better news could she have had after her escape from prison? She arrived at Li’s house looking for her son’s dead body and now, she gets to be by his side as he wakes up. Her face will light up with a smile and Finn will feel relief to see her.

The Bold And The Beautiful: Finn Remembers What Sheila Did

In this week’s preview for The Young and the Restless, we will see Finn make an attempt to speak to his mother. However, he will find it hard to talk to her. He has woken up from a deep coma after all. After a long struggle, Finn will blurt out, “you shot me” to his mother. Sheila will be ashamed and seek forgiveness from her son.

Right then, Finn will look at Mike and fail to recognize him. He is confused to see this strange man in the corner of his bed. Meanwhile, Sheila will be disheartened to hear Finn’s accusation. She was expecting him to be grateful for what she did for him. In fact, he is ungrateful and demands to see Steffy, his wife. Sheila is speechless after listening to him. Finn remembers what Sheila did to his wife and continues to accuse her of her crimes. Sheila is terrified and does not know how to answer her son anymore. Finn wants Steffy and later, he might want to meet his parents as well. Right after his requests, Finn will fall unconscious again.

Ridge Takes Matters Into His Hands

Rounding off the preview video is Ridge who will speak to Taylor. They will sit down and Ridge will tell her that he needs to do something before Sheila hurts anyone. The Bold and the Beautiful spoilers suggest that Ridge will decide to go after Sheila

and find her himself. He has been wondering if the police department could find her. But since the police haven’t been able to do anything yet, Ridge will decide to do something about it.

Would he be successful? We will have to wait to see. The Bold and the Beautiful airs on CBS all weekdays and it reveals that the upcoming episodes will see a lot of Sheila drama. So, make sure you tune in and enjoy. In the meantime, check out the preview video here.