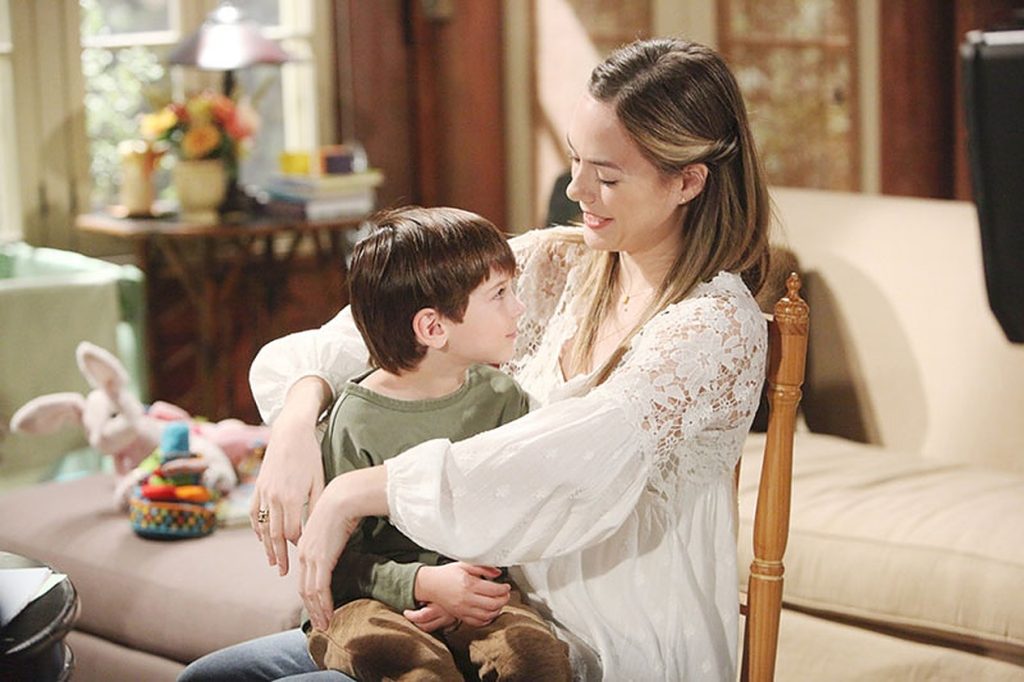 The Bold And The Beautiful Recap For August 22, 2022: Hope Fights Thomas, Deacon Dodges A Bullet

The Bold and the Beautiful recap for Monday, August 22, 2022, reveals the story of Thomas and Hope’s ongoing feud. Thomas arrives at Hope’s cabin to collect Douglas for the night. Hope was furious and worried that Thomas would take Douglas away from her forever. Thomas insisted that he wasn’t taking him away but he also needed time with the boy.

Meanwhile, Jordan arrived at Deacon’s house. In a panic, Sheila hid in the bathroom. Jordan figured out someone was there and wanted to know who it was. Deacon tried his best to shove the situation under the rug, but things were getting messy. Deacon then asked Sheila to leave his house. Sheila was not going to make it easy for him. What did she say? Keep reading to find out.

Thomas And Hope Get Talking

In this episode of The Bold and the Beautiful, Hope informed Brooke that Thomas was coming to get Douglas. Previously, Thomas had decided to take Thomas to the Forrester Mansion for the night. Hope was worried about how she would feel if Thomas won custody and took Douglas away from her forever. Brooke was upset and blamed Taylor for what was happening.

Taylor had heard about Thomas’ decision to bring Douglas home. She encouraged the thought because she wanted the family to reunite like hers. Thomas arrived at the cabin to take Douglas. Then, Hope mentioned that he was not back from his friend’s house yet. She accused Thomas of wanting Douglas forever. Thomas argued and pointed out that Douglas was his son too.

Further, in the Monday episode, we saw Hope’s point. She believes it would be better for Douglas to have both Thomas and her in his life. She felt he needed to spend extra time at his current home. Despite Thomas’ wish, Hope insisted her home was the right place for Douglas. It was the home to which he belonged.

Meanwhile, Eric and Ridge discussed the possibility of a custody battle between Thomas and Hope. Eric knew that Ridge did not want to get in between Taylor ad Brooke’s crossfire. Taylor wanted Douglas to be with Thomas, whereas Brooke, Hope’s mother, wanted Hope to have everything she wanted.

The Bold And The Beautiful: Sheila Hides In The Bathroom

In another part of town, Deacon asked Sheila to hide in the bathroom. His parole officer was at the door, and Deacon was scared that he would be caught with a criminal. Jordan, Deacon’s parole officer, picked on Deacon’s fears and asked him what he was worried about. Deacon pretended everything was fine and tried to distract him.

Suddenly, Sheila made some noise in the bathroom, and Jordan asked Deacon if someone was inside. Sheila spoke in a Southern accent and pretended to be Deacon’s special friend. Jordan wanted to know who it was, but Deacon insisted it was just a one-night event. Fortunately, Jordan got a call from his child’s school and had to leave. Before leaving, Jordan insisted that Deacon should be serious about this new woman in his life. The Bold and the Beautiful airs weekdays on CBS. Stay tuned with TV Season & Spoilers for the latest updates from the show.