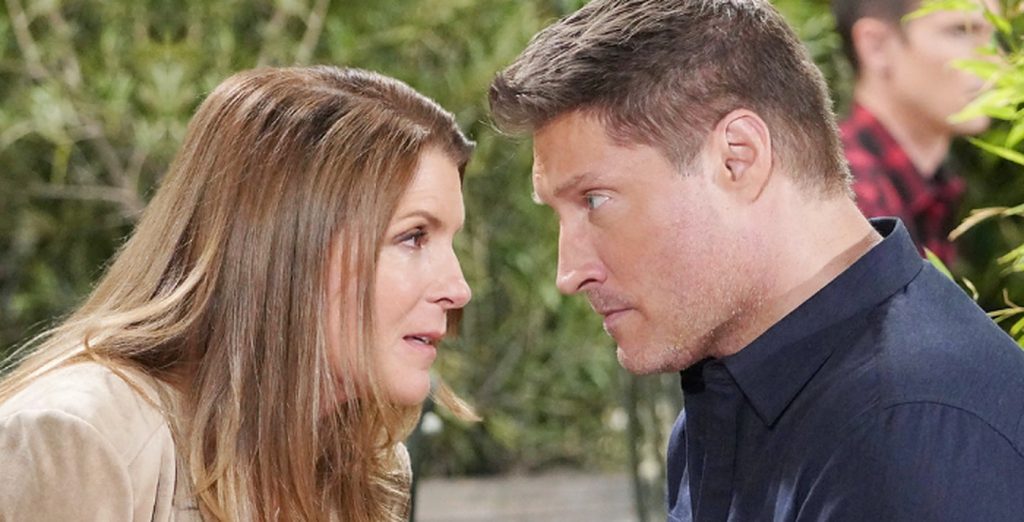 The Bold And The Beautiful Recap For August 24, 2022: Sheila Warns Deacon, Douglas Arrives At Forrester Mansion

The Bold and the Beautiful recap for August 24, 2022, revealed the story of Hope’s despair. Douglas was at the Forrester Mansion, and she felt sad. Brooke arrived to cheer her up. They called Deacon to check on him. He was surprised after their call as he was scared they would find out Sheila was by his side. Sheila warned him that he had to go by her plan or it was doomsday.

Meanwhile, Douglas enjoyed spending time with Thomas and his family at the Forrester Mansion. The whole family had reunited after a long time. Everyone was happy to see Finn and Steffy together. Ridge gave a speech about how happy he was.

In this episode of The Bold and the Beautiful, Hope wakes up lonely and sad. Douglas was not by her side as Thomas had taken him to the Forrester Mansion for the night. Brooke visited Hope to cheer her up, but Hope felt morose. After Brooke insisted, Hope called Thomas to ask about Douglas’ pick up. Thomas said Douglas would stay till dinner and hung up the phone.

Brooke was still with Hope after this abrupt phone call. Then, she decided to call Deacon to check how he was doing. She was sorry for not checking in with him in the past few days. Deacon assured her it was quite alright; he had a few things to take care of.

Of course, Deacon was busy! He was shocked after the phone call because he had spent his morning trying to get Sheila Carter out of his house. However, this was not a good plan for him as he could be arrested if she was out. He suggested it would be best if she left town. Sheila rejected his idea; she was here to stay.

She laughed when Deacon suggested she should skip town. Furthermore, she would stay at his place and help him. She was ready to cook for him, brew his coffee and plan her way back into the family. If Deacon did not like the plan, it was just no good. He would be in trouble either way.

The Bold And The Beautiful: Douglas Spends Time With The Forresters

Further, in the latest episode of The Bold and the Beautiful, the Forresters gathered at the house for a family dinner. Douglas was here, and he was excited to meet his cousin. The children rushed upstairs with the nanny to have fun. Ridge and Eric asked Douglas if he was having a good time. Of course, Douglas was happy to be with his father. Eric assured Thomas that Donna would be okay with Thomas and Douglas staying in the house.

Moreover, Eric was happy to see Finn, and he showered him with praise. Ridge continued to flirt with Taylor after their previous conversation. Soon, the adults decided to give speeches. Ridge expressed how happy he was to see his family in one room. Steffy showered her husband, Finn, with praises too. After all, he returned from the dead to be with his family! The Bold and the Beautiful airs weekdays on CBS. Catch the latest news and spoilers from the show on TV Season & Spoilers.