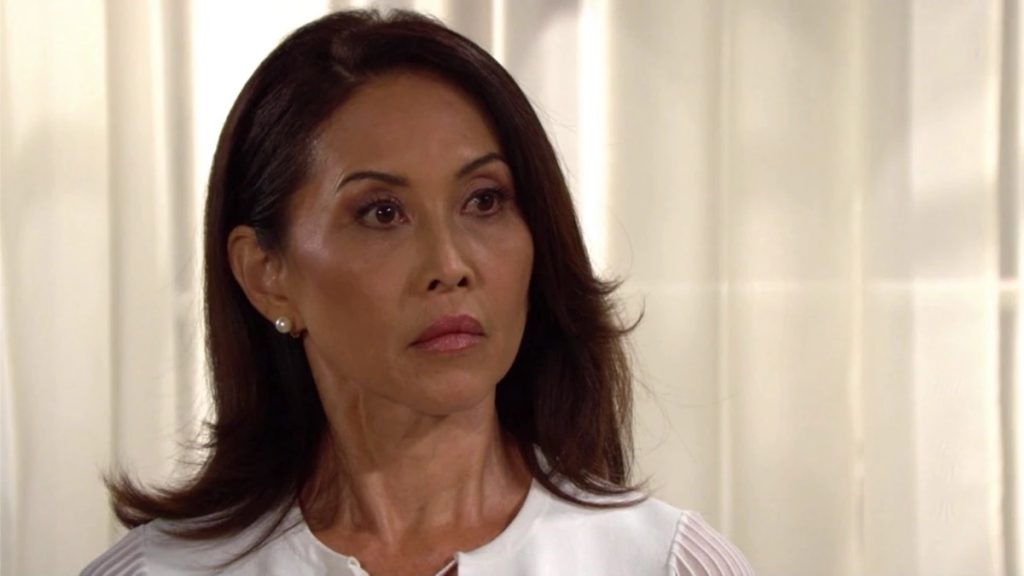 The Bold And The Beautiful Recap For July 21, 2022: Finn Gets Answers, Li Found In The Alley

The Bold and the Beautiful recap for July 21, 2022, revealed a shocking twist in Sheila’s story. Viewers first saw Ridge worrying about Mike’s unhelpful stand in interrogation. Taylor and Thomas heard him share the ordeal. Later, Sheila explained the series of events that led to Li’s unfortunate demise to Finn, and that enraged him. Furthermore, she was upset that Finn did not feel grateful to her. She escaped jail and healed him back to life! Moreover, later in the episode, we witness Bill find Li in an alleyway, alive and groaning in pain.

In the latest episode of The Bold and the Beautiful, we saw Taylor Hayes worry about her daughter’s well-being. Right after, Ridge Forrester arrives with updates on Sheila’s case. He informed Taylor and Thomas that they were interrogating Mike Guthrie and were sure he was helping Sheila.

However, despite finding such a strong lead, no member of the PD is tailing Mike, and neither has he been arrested. There is no evidence to hold against him with regards to Sheila. They are in a helpless situation, discussing the various ways in which they can get hold of Sheila as soon as possible. Much to their dismay, Steffy was unreachable as well. The recap revealed that she is currently recovering from depression.

The Bold And The Beautiful Recap: Sheila Explains What Happened To Finn, Li Is Alive

Meanwhile, Finn had regained his consciousness and demanded to know about Li’s whereabouts. Sheila informed him all about the ordeal in this episode of The Bold and the Beautiful. She told Finn everything that happened between her and Li and how that led to Li’s presumed demise. After listening to all of this, Finn was enraged, and he lost control.

However, it doesn’t look like Li is dead after all. In a shocking twist, viewers saw a strange series of events unfold in this episode of The Bold and the Beautiful. Wyatt was having lunch with his father and tried to find out more about Dollar Bill’s life with Katie Logan. He got no answers to his curious questions. They discussed the misfortune that fell upon Finn and Steffy.

After their meal, Bill decided to take a walk through the alley. To his utter shock, he found someone groaning in pain. He was intrigued and tried to check who it was. Li! He was shocked beyond words. We will have to wait and watch to know what happens next. The Bold and the Beautiful airs weekdays on CBS. Catch the latest updates from the show only on TV Season & Spoilers.