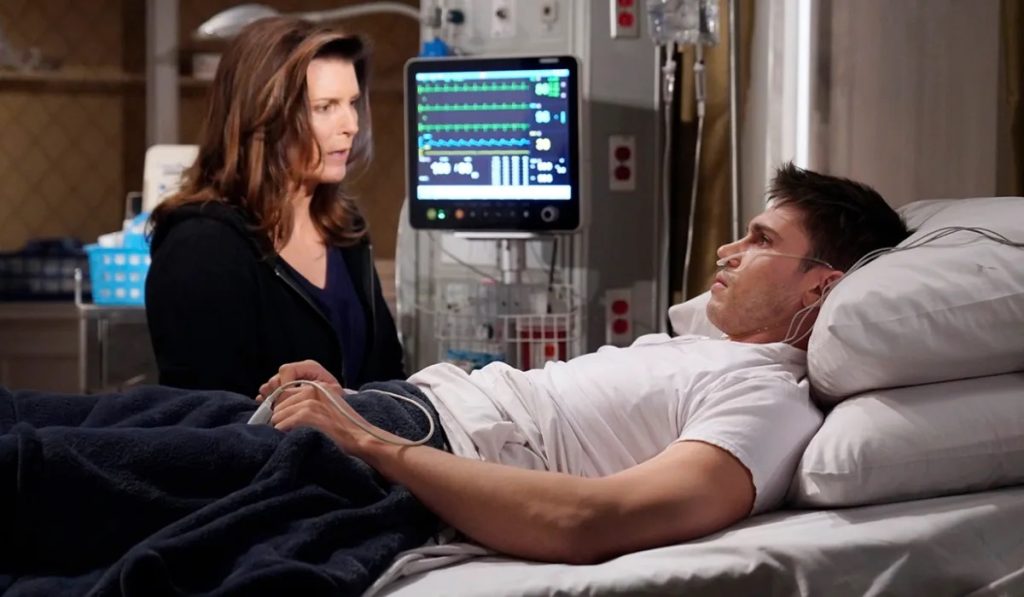 The Bold And The Beautiful Recap For July 25, 2022: Finn Wants Revenge, Li Recovers

The Bold and the Beautiful recap for July 25, 2022, revealed the story of Finn and Sheila. Finn decided to escape Sheila at any cost, however, not without revenge. He tries to strangle Sheila, but she finds a syringe and sedates him before he can do anything. Mike arrived at the room and informed Sheila about the police case.

Meanwhile, Li is still in the care and comfort of Bill’s house. He cared for her and even arranged for a doctor to check on her. The glass shards in her hair indicated that she was in a traumatic car accident. Bill’s son Liam called him and was happy to hear that his father was helping a woman. How will he react when he comes to know that it is Li? Here is all about it.

In this episode of The Bold and the Beautiful, Finn reached his breaking point with Sheila and her craziness. He finally fought back for his freedom and family. Finn got out of bed and was ready to leave. However, a moment of weakness convinced him that he needed to take his revenge. He wrapped his hands around her neck and tried to decapitate her. He wants revenge against Sheila for what she did to his mother and Steffy.

Of course, Sheila is no stranger to such battles of violence. They were quite near a needle that Sheila obtained and stabbed Finn. He went down again, and his mother had to put him to bed. Mike Guthrie showed up right after this tussle and told her about his encounter with the cops. Sheila panicked and got rid of him quickly. Much to her surprise, after this incident, when she turned to check on Finn, he was very conscious and ready to attack her again.

The Bold And The Beautiful Recap: Bill Calls A Doctor For Li

Meanwhile, Li was struggling to talk about her traumatic accident in another part of town. In this episode of The Bold and the Beautiful, we saw Li recover from a life-threatening accident. Dollar Bill Spencer was a gentle companion on her recovery journey, providing her with all kinds of help. He even arranged for Dr. Jordan Armstrong to come and check on her.

The doctor approved of her condition and cleared her of any health threats. She didn’t need to be hospitalized; she could rest at home. Her condition clearly showed that she was in a bad accident and could have been attacked. Once the doctor left, Bill tried his best to provide a comforting shoulder for Li so she could open up about what happened.

Later, in this episode of The Bold and the Beautiful, we saw Wyatt and Liam

meet for lunch at Liam’s favorite restaurant. They spent some quality time together and discussed Steffy’s life. Liam also expressed some concern about Mike being involved in Sheila’s case.

As they discussed the events around them, Liam decided to give his dad a call as well. He was very happy to hear that his good samaritan father was caring for a strange and helpless woman he found in the alley. Bill talked about his sons with Li and got her a sandwich and some juice. The Bold and the Beautiful airs weekdays only on CBS. Catch the latest news and spoilers from the show only on TV Season & Spoilers.