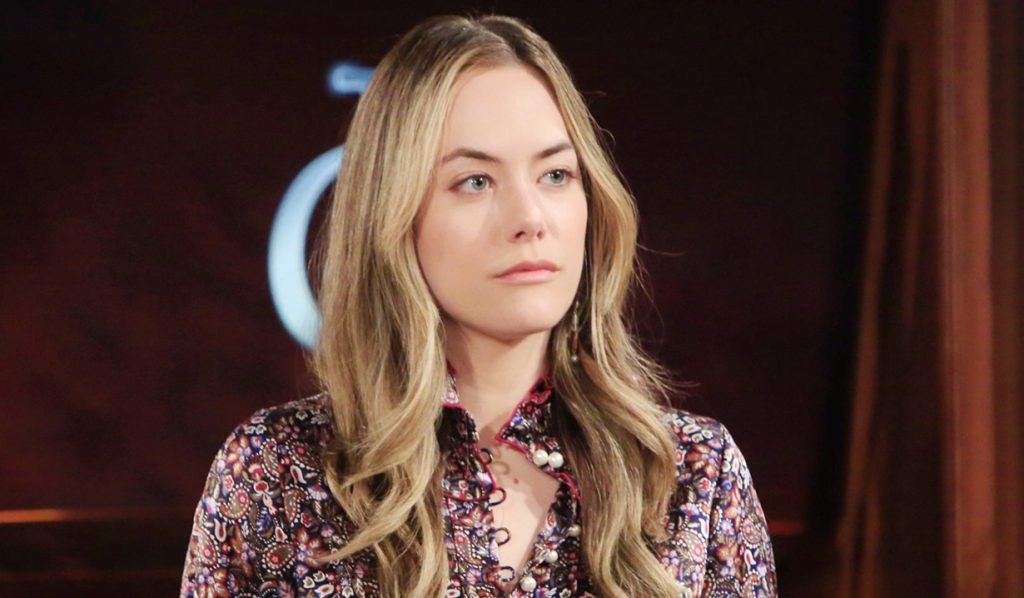 The Bold And The Beautiful Recap For June 13, 2022: Hope Finds Out A Secret, Li Is Worried About Sheila

The Bold and the Beautiful is back with another episode on June 13, 2022. This episode relayed Eric’s secret affair with Donna, only this time, Hope finds out all about it. Donna opens up to her and confesses her love for Eric. Meanwhile, Li is terrified of Sheila and the outcome of her escape from prison. Carter shares his feelings with Ridge and is interrupted by Taylor. Taylor is worried about Li and Steffy and decides to talk to them. What more happened? Here is all about it.

Quinn Consoles Eric, He Leaves For The Beach Club

Quinn is at the Forrester mansion and she is worried about Eric. Eric is concerned about Steffy and Ridge – as well as other matters of the heart that are bogging him down. Quinn urges Eric to tell her what is on his mind. Hope arrives, trying to talk to them about work. Eric tells her that was not a good time to discuss work and leaves for the beach club. Hope wonders what could be wrong with him. Of course, later, she sees him with Donna and understands everything.

The Bold And The Beautiful: Hope Learns Donna’s Secret, Donna Begs Her To Not Reveal Anything

In the June 13, 2022 episode of The Bold and the Beautiful, Hope is in shock after seeing her aunt enjoy a game of pickleball with Eric. What could be going on here? Why is Donna stuck in the middle of someone else’s marriage? Hope has several questions for Donna to answer.

Of course, we all know that Donna is just a woman in love. And anyway, we all know how good the Forrester marriage was anyway. Quinn’s cheating scandal and decision to open up their marriage truly hurt Eric. And ever since, things have never been the same between Eric and Quinn.

Furthermore, Donna is unaffected by Eric’s marriage. She is deeply in love and wants to be with Eric no matter what. She wants to become a Forrester and can no longer stand the thought of being a Logan. Donna talks to Hope and begs for her to hide this mess until Donna and Eric figure everything out.

Sheila Arrives At Li’s Hotel Room; Finn Is Hiding Behind The Door

Meanwhile, in this episode of The Bold and the Beautiful, we also see Li realize her mistake. Her mistake was confronting Sheila when she had kept such a big secret from her. Now, she is worried that Sheila may attack her after learning the truth about Finn. Even prison could not stop Sheila. And now, here she is, at her doorstep. Sheila does not know the whole truth yet. She doesn’t know that her son (whom she accidentally shot) is not dead. Finn is very much alive and hiding behind Li’s hotel room door.

The Bold And The Beautiful: Carter Talks To Ridge, Taylor Arrives

Carter has a hearty conversation with Ridge in this episode of The Bold and the Beautiful. He shares his feelings of despair and helplessness with Ridge. He knows what he wants but is unable to have it. Suddenly, Taylor arrives in the middle of their conversation. Carter leaves as soon as she comes.

Taylor tells Ridge all about the drama that went down with Paris. Taylor is also worried about Li and decides to call her to extend her support towards her. The Bold and the Beautiful airs weekdays only on CBS. Catch the latest updates and news from the show only on TV Season & Spoilers.