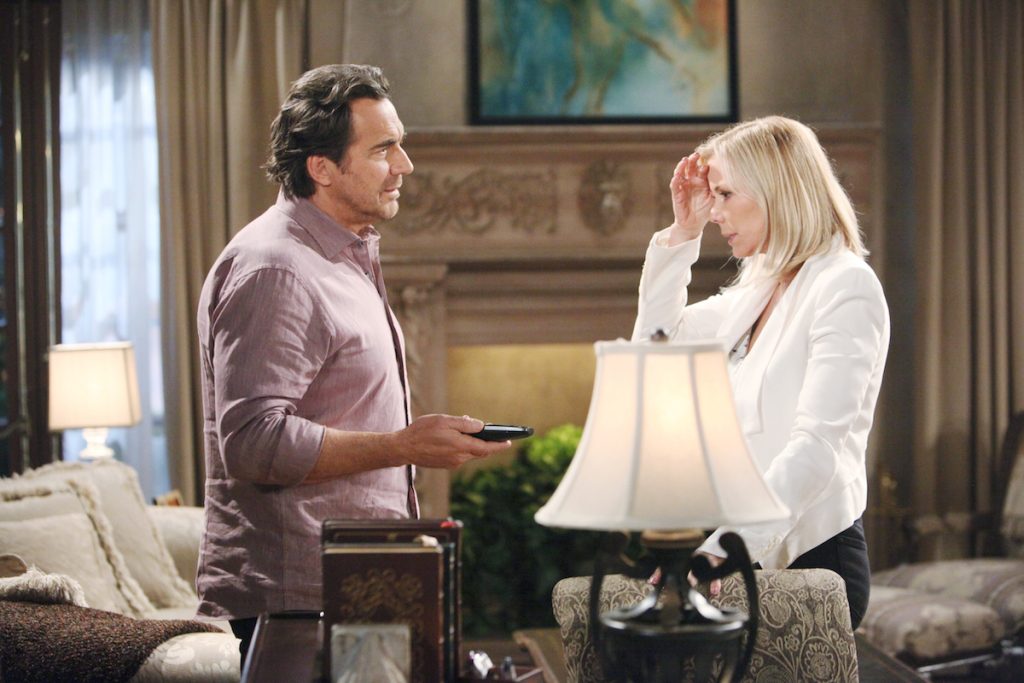 The Bold And The Beautiful Recap For Monday, October 3, 2022: Conflict In Ridge & Brooke’s Relationship, Hope Is Upset

The Bold and the Beautiful recap for Monday, October 3. 2022, revealed the story of Brooke and Ridge. After Thomas insisted, Ridge decided to confront Brooke again and give her a chance to come clean. Meanwhile, Hope confronted her mother about the call and expressed her distress. She thought Thomas did not deserve a visit from the CPS.

Further, Brooke insisted Thomas was manipulating her, but Hope was upset because Brooke did not trust her judgment. Meanwhile, Ridge talked about the CPS visit with Brooke and was upset when she did not tell the truth to him. Steffy and Taylor prepared for their visit to Aspen, away from Ridge and Brooke’s mess.

Further, In this episode of The Bold and the Beautiful, we saw Thomas talk Ridge out of his shock and remind him that the voice in the recording was indeed Brooke’s. Previously, we saw Thomas and Ridge secure recordings from Child Protective Services to know the caller’s name. It turns out Brooke Logan complained against Thomas after the knife incident. Ridge decided that if Brooke were responsible for this, he would give her a chance, to be honest.

The Bold And The Beautiful Recap: Hope Believes In Thomas

Meanwhile, at Brooke’s place, Hope arrived with questions about the CPS call and Douglas. Brooke assured Hope that Douglas was alright and suggested Hope could use this incident to win back her son. Hope was not happy with this idea and defended Thomas as a father.

However, Brooke did not buy it. She insisted Thomas was manipulating her because they spent so much time together. Later, Hope answered a call for Hope for the Future and mentioned Thomas as the lead designer –Brooke was apprehensive about their collaboration. Hope was upset

by her mother’s accusations because she thought Hope could not make a wise decision.

Later, Hope insisted Thomas was on the right path, and he was doing everything to be a good father and co-parent. Furthermore, she thought Thomas did not deserve a visit from Child Protective Services. Hope decided to leave for the office and ensure Douglas was alright after the fiasco.

Further, in this episode of The Bold and the Beautiful, Ridge came home and overheard Brooke making dinner plans. Ridge discussed the CPS visit and them trying to determine who made the complaint. Brooke suggested it could be someone with a personal vendetta against Thomas. Ridge told Brooke that Douglas was interrogated by the cops as well. Brooke said whoever called might not have known this would happen.

Ridge was upset with this interaction and left for his office, pretending he had forgotten something. On his way out, he grumbled about Brooke lying to his face after doing what she did. Meanwhile, Steffy believed a trip to Aspen at the Cliff house could cheer Taylor up. Moreover, Taylor was tired of waiting for Ridge; Steffy asked her mother to be patient. The Bold and the Beautiful airs weekdays on CSBS. Stay tuned with TV Season & Spoilers for the latest news and updates.