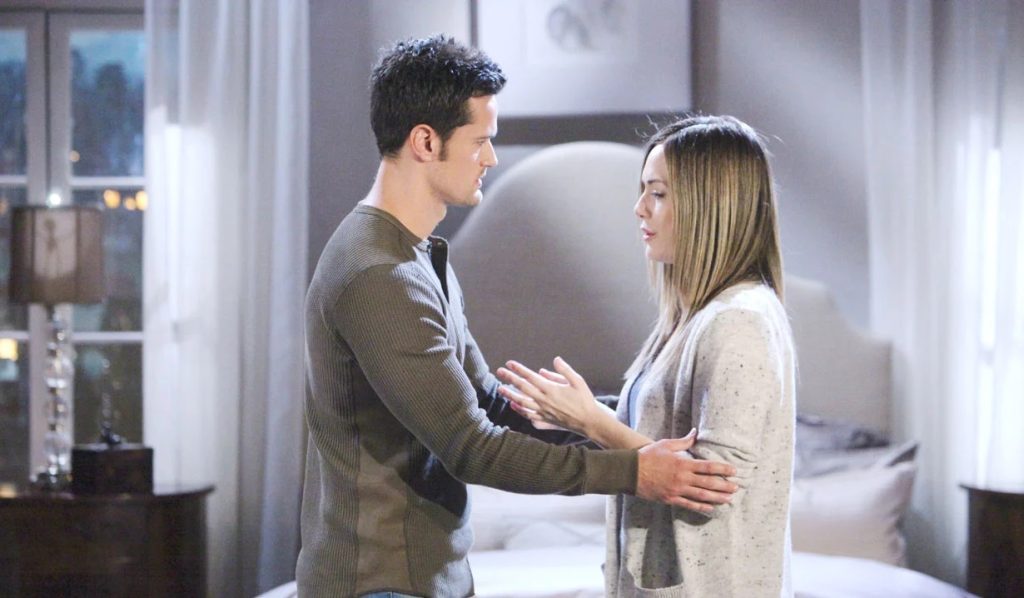 The Bold And The Beautiful Recap For September 5, 2022: Sheila Takes A Vow, Hope Is Confused

The Bold and the Beautiful recap for September 5, 2022, revealed the story of Sheila’s desperation to reconnect with Finn. Deacon tried to remind her that Finn thought that she was dead. However, Sheila was delusional and believed she could rekindle her relationship with Finn. Despite Deacon’s warnings, Sheila ventured out as “Lina” at night and lurked around Cliff House.

Meanwhile, Brooke and Liam talked to Hope about Douglas. Hope mentioned that seeing Douglas at the Forrester mansion had given her a new perspective. When alone, she thought about Thomas’ conversation with her. Hope was having second thoughts about Douglas staying at the cabin. Taylor complained about Brooke, and Ridge promised to be there for his family.

In The Bold and the Beautiful episode for September 5, 2022, Sheila demanded Deacon not babysit her. He was worried she would mess things up and cause trouble. Sheila insisted her disguise was bulletproof. Moreover, she was convinced Finn had a big heart and had forgiven her. Deacon accused Sheila of being delusional and denied her wishes.

He reminded her that Finn was optimistic because he thought Sheila was dead. Deacon warned Sheila it was best to forget Finn and his family. To this, the psychopath denied his claims and refused to accept the truth. She wanted a relationship with her family. Later, she snuck out once again in her disguise.

Later, at the Cliff house, Steffy tried to talk to Finn about Sheila’s death. Finn wished Sheila was a better person and could not accept the horrible things she had done. However, a tiny part of him could not forget she was his birth mother who brought him to this world. The couple hugged, and “Lina” (Sheila in disguise) looked at them. Sheila wanted to hold Finn again and vowed to be with him.

The Bold And The Beautiful Recap: Hope Is Reconsidering Her Decision

Meanwhile, Hope spoke to Liam and Brooke at her house about Douglas. She told him she saw Douglas have fun at the Forrester mansion. Liam insisted one day could not determine what was best for Douglas. Brooke agreed and mentioned Thomas’ past. Hope was not forgetting anything but wondered if this was best for Douglas.

Speaking of the Forrester mansion, Taylor complained about Brooke manipulating Hope’s mind. Douglas’ future was becoming a battle between the Logans and the Forresters. Thomas said he understood Hope’s dilemma

and had a lot to consider; he wanted to be cautious of Hope’s feelings.

Hope remembered Thomas’ words to her. Previously, Thomas had suggested an ideal future for Douglas would be with both of them. Unlike Liam, Thomas insisted he was a one-woman man. Thomas arrived and saw Hope was deep in thought. Meanwhile, Brooke recalled her lovely memories with Ridge at home. Taylor spoke to Ridge, and he vowed to support his family. Taylor kissed his cheek warmly. The Bold and the Beautiful airs weekdays on CBS. Stay tuned with TV Season & Spoilers for the latest news and spoilers from the show.