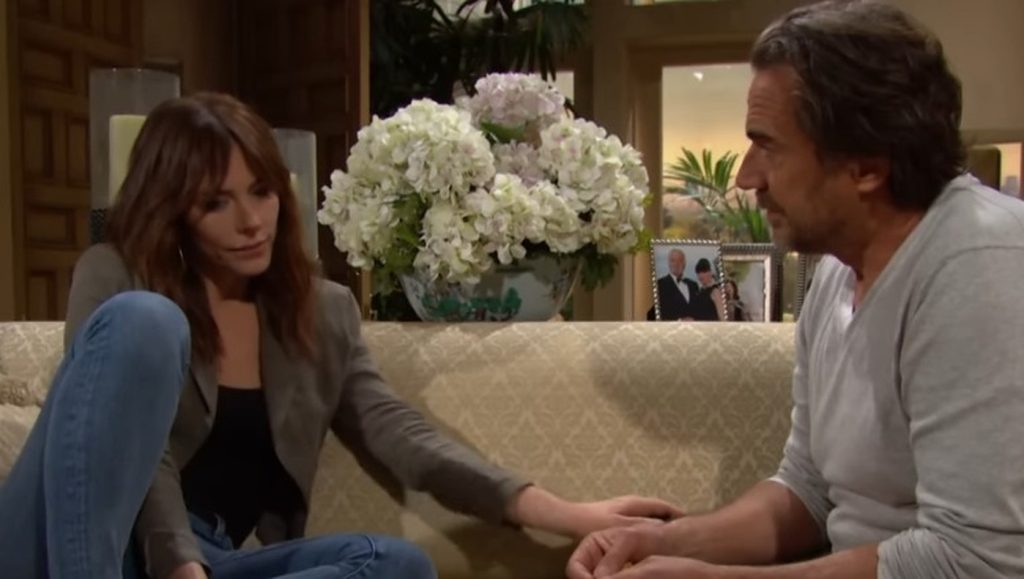 The Bold And The Beautiful Recap For Thursday, August 18, 2022: Taylor And Ridge Get Close, Sheila Reveals Her Disguise

The Bold and the Beautiful recap for Thursday, August 18, 2022, relays the story of Hope and Ridge. Hope wanted Brooke to be honest about learning the truth from Ridge. Brooke pretended to be okay with what happened. Meanwhile, Steffy and Taylor had enough of Ridge obsessing with Brooke. Taylor confronted Ridge and they both acknowledged the return of old feelings.

Furthermore, Taylor asked Ridge to take a stand for his family and unite Thomas with Douglas. Meanwhile, Deacon woke up next to a redhead. He discovered she was missing a toe and was shocked to learn that she was Sheila Carter! How did Deacon react? Here is all about it.

Hope And Brooke Have A Chat

In this episode of The Bold and the Beautiful, Brooke wants Douglas to stay with Hope instead of Thomas. She tried to talk to Ridge about it so that he could stop Thomas. However, Hope did not want to cause conflict between Brooke and Ridge. Brooke was aware of the danger of fighting with Ridge after his recent confession.

Hope heard her mother narrate Ridge’s fiasco in Monaco. She respected her mother for taking the higher road and forgiving Ridge. However, Hope wanted Brooke to be honest about her feelings after knowing about Ridge and Taylor’s kiss.

The Bold And The Beautiful Recap: Steffy And Taylor Have A Chat

At the Cliff House, Steffy and Taylor discussed Finn’s return to work. Furthermore, Steffy discussed with her mother how it was possible for Taylor and Ridge to be united again, just like Finn came back from the dead to be with her. Ridge arrived and told Taylor about his confession to Brooke.

He informed Taylor about how Brooke forgave him. Of course, she forgave him, given her own history, Taylor thought. Steffy agreed that Brooke had no right to feel offended because of a kiss. Ridge tried to stop it from becoming an anti-Brooke conversation, but Taylor and Steffy had a lot of negative comments about her.

He mentioned Brooke’s decision to support Hope in her disagreement with Thomas. Steffy stopped him and told Ridge that he had wasted a lot of his time following Brooke’s footsteps. Moreover, she wanted Ridge to step up and unite Thomas and Douglas. Later, Steffy left to check on Hayes Forrester Finnegan.

When alone, Ridge and Taylor reflected on their past. Taylor implied that old feelings were coming back. She was sure Ridge could feel the tension too. Taylor wanted Ridge to be happy regardless of his decision. In this episode of The Bold and the Beautiful, she felt he was not happy living with Brooke on her property.

The Bold And The Beautiful Recap: Deacon Wakes Up Next To Sheila

Meanwhile, Deacon stroked the hand of the redhead he had spent the night. She had not said a word last night, so he was wondering what her name was. He tried to tickle her feet and observed that she did not have a toe. Deacon was horrified because he remembered Sheila’s missing toe was the evidence of her death.

Sheila woke up and removed her glasses. She removed her mask and wig as well. Deacon was terrified to see her next to him. Sheila continued to grin and mock him.The Bold and the Beautiful airs weekdays on CBS. Catch the latest news and spoilers from the show on TV Season & Spoilers.