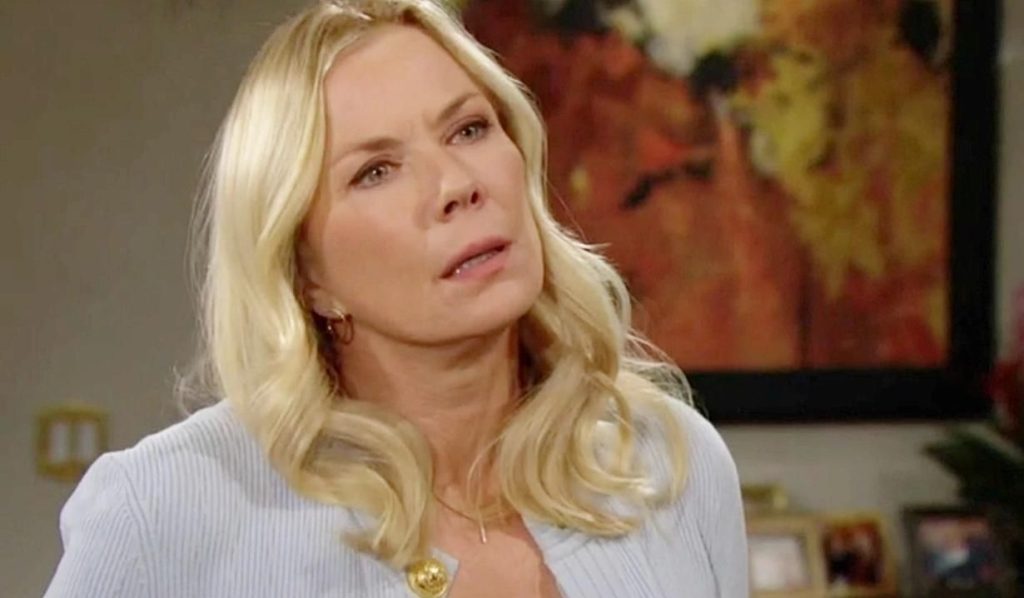 The Bold and the Beautiful recap for Thursday, September 29, 2022, revealed the story of Ridge and Brooke. First, we saw Thomas insinuate that the caller had to be Brooke. Ridge insisted he had to ask her before assuming the truth. When he called Brooke, she insisted she had nothing to do with calling the CPS but understood his suspicions.

Later, Thomas and Ridge pulled their contacts and tried to find out who made the call. It was revealed that the caller was Brooke Logan. Ridge was horrified to learn Brooke had lied to him. Meanwhile, Taylor was upset about mixed signals; Steffy reassured her. But did that help Taylor? Here is all that happened.

In the Thursday episode of The Bold and the Beautiful, we saw Thomas complain about Brooke to Ridge. However, Ridge insisted he would have to ask Brooke before assuming it. Previously, we saw Child Protective Services arrive at the Forrester mansion and interrogate Douglas to check if he was alright. Brooke insisted she did not call the CPS but was not angry that Ridge assumed she did.

When Ridge put down the phone, Thomas confronted Ridge and asked if he truly believed Brooke. Ridge snapped that Brooke was his wife, and he believed her. Later, Ridge apologized for his aggression and decided to save his wrath for the real culprit. Thomas had an idea; he remembered Walter Barnes, an ex-employee of Forrester Creations who was now working in social services.

The Bold And The Beautiful Recap: Brooke Called CPS

Moreover, Thomas was convinced he was also working for CPS. He suggested that Walter could access all records and know who made the call. Ridge called Walter and explained the situation to him. Furthermore, Ridge insisted it was a safe space, but Walter insisted his job and future were at stake. Once Walter played the recording, the speaker confirmed their name was Brooke Logan. Of course, Ridge lost his lid and was furious she lied to him.

Meanwhile, at Brooke’s house, Liam arrives looking for Hope. Liam noticed Brooke was upset and asked him if it was about the knife threat. He was furious and wanted to take Douglas away from Thomas as soon as possible. Brooke told him about the CPS situation and Ridge’s anger. Liam was shocked and wondered who had made the call.

Further, Steffy saw Taylor looking upset at the Cliff House in this episode of The Bold and the Beautiful. Taylor was tired of the confusion and was reminded of her history with Ridge. Moreover, Taylor did not want to repeat her mistakes in LA, trying to get back together with Ridge when he kept going to Brooke. Steffy insisted that Ridge could see through Brooke now and knew Taylor was right for him.

Meanwhile, Bill called Steffy and told her he was selling his Aspen home. He wanted to tell her first because she loved the property. Steffy told Bill she would get back to him about the offer. She resumed her conversation with Taylor and asked her not to give up on her efforts. The Bold and the Beautiful airs weekdays on CBS. Stay tuned with TV Season & Spoilers for the latest news and updates.