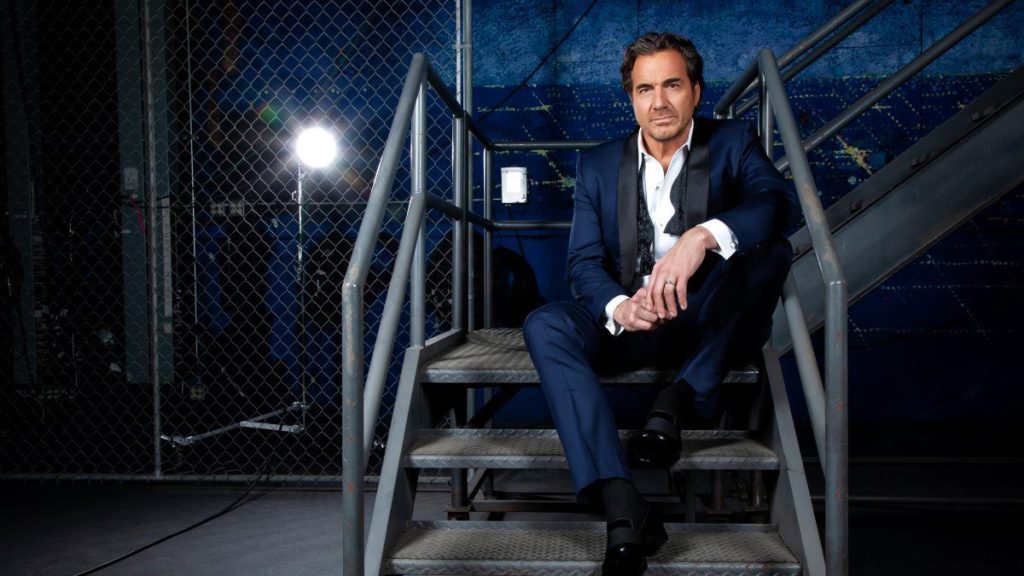 The Bold And The Beautiful: Ridge Returns With BIG SURPRISE, Shakes EVERYTHING Up

The Bold and The Beautiful has been revolving around Sheila and her love Knight, Bill Spencer, for a while now. That makes us wonder what our OG loverboy Ridge Forrester is up to. Ever since Taylor and Brooke dropped the bat to his ping pong ball, he has been missing from the limelight. Perhaps he is still busy doing some soul-searching, as Brooke suggested? Maybe not! Come on, this is Casanova Ridge we are talking about. The man is in love with the idea of being in love. He can’t stay single for too long. The latest The Bold and The Beautiful spoilers suggest that he might soon return home with a huge surprise in tow! What could it be, though? A new lady to love? Let’s find out!

The Bold And The Beautiful: Ridge Forrester Finds New Love

For most of his time on The Bold and The Beautiful, Ridge Forrester has remained torn between who his true destiny lies, Brooke or Taylor. He has tried and tried to stick to one of the two ladies but has always ended up waffling between them in an infinite loop. Eventually, Brooke and Taylor

, nemesis turned besties, took matters in their own hands and cut Ridge out. Asking him to take time away from them and decide which of them he wants and STICK TO IT. However, it seems unlikely that Ridge can make that decision in two heartbeats; he hasn’t been able to do it in two damned decades!

This seemingly impossible decision might tire Ridge out pretty soon on The Bold and The Beautiful. He may finally decide against deciding. Just as the ladies stopped fighting over him, he may decide it is time he stopped fighting to choose between them. But where does that leave love-starved Ridge? In the arms of a new lady, obviously! Du-uh! For the life of us all, Ridge can’t handle being single! Besides, there are plenty of places he might just bump into his actual destiny! Imagine him literally bumping into a woman as he leaves a bar one drunken night. How much are you willing to bet that her name could be DESTINY?

If a tough nut like Bill Spencer can fall madly (read: sickeningly) in love with Sheila overnight, then Ridge can do it in the blink of an eye on The Bold and The Beautiful! While Taylor and Brooke think that Ridge is away discovering himself, he could be discovering new beds in overpriced hotels with his true Destiny! Post his rendezvous, it would eventually be time for him to return home, but he won’t return alone this time. Imagine him walking up to Taylor and Brooke with a new woman in his arm and announcing he has found true love!

Yeah, we can literally picture Brooke and Taylor’s jaws hitting the floor on The Bold and The Beautiful. While it’s easy to predict Ridge’s moves on the soap, the ladies are a bit more complicated than that. We can’t quite decide how they might react once the initial shock wears off. There are multiple ways this could go. The ladies could be happy that Ridge has found love, leaving them alone to find their own versions of true and stable love. Yeah, we don’t think so; that’s too lame for The Bold and The Beautiful! Perhaps seeing Ridge fawn over a new lady might reignite their passion for him, and they might jump back into the ring!

However, there is another, even more, soapier option! What if Destiny is an evil villainess who wants to usurp Ridge’s wealth on The Bold and The Beautiful? It’s about time the soap got a new baddie; Sheila must be tired of carrying the baton all by her lonesome! What do you think? Please tell us in the comments which of the above scenarios seems more likely to you. Meanwhile, stay tuned to The Bold and The Beautiful to follow Ridge Forrester’s story!