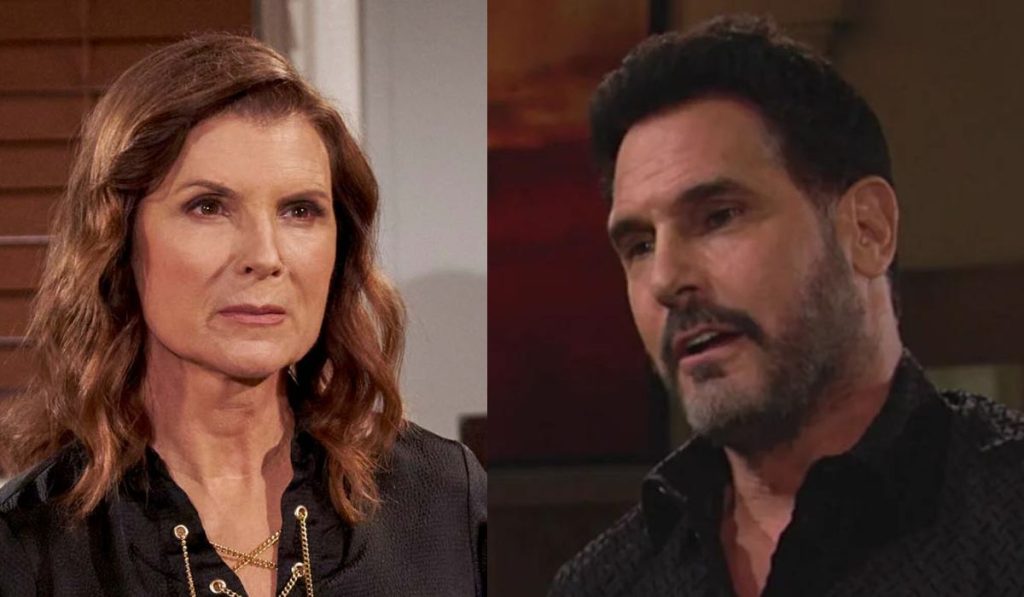 The Bold And The Beautiful: SHOCKING PAIRING, Sheila And Bill Become The NEW COUPLE

The latest The Bold and the Beautiful spoilers suggest that a new and VERY SHOCKING pairing might be on the cards. As per the latest speculation, Dollar Bill and Sheila Carter might end up coming together and being the sinister power couple of L.A. Both of them are sinister, sure, and together they could be really powerful. How could all of this play out? Keep reading to find out.

Bill Has Jumped On The Evil Side, Again

The Bold and the Beautiful viewers keeping up with the soap opera know that Bill has jumped on the wrong side once again. He has put on his sword necklace again, and that isn’t really a good sign. Given how everything is happening on the soap, Bill isn’t in a good place mentally, and it is only going to get worse. In the recent episodes, B&B viewers got to see Katie be really worried

about Bill getting back to his old patterns.

Further, The Bold and the Beautiful spoilers suggest that Liam will also be concerned about his father. In the upcoming week of December 26, 2022, Liam will speak to Wyatt about their father and how they can help him. It is likely that Bill feels that trying to be the “Good Guy” hasn’t really done anything Good for him. So, he might as well become bad. While he is so busy being the angry, heartbroken, and vengeful man, it is possible that he might cross paths with Sheila, and sparks might fly there.

The Bold And The Beautiful: Bill And Sheila, The New Power Couple In Town?

Bold and the Beautiful viewers know that Sheila is on the run. But the spoilers for December 26, 2022, confirm that she will be back in town for a short visit. What if Bill and Sheila cross paths then, and something happens there? Sheila has a knack for being attracted to bad boys, and Bill is heartbroken and lonely. So, he might not see the difference between good and bad and might walk straight into a relationship with Sheila.

As for the wicked woman, what she really needs right now is someone who can help her. Given the cases that are piling up on her, she needs someone who is rich and can help her get out of this mess. Bill is both rich and powerful. Not only that, but he also has judged in his pockets. So, he might help Sheila get off the hook, and this couple could wreak havoc in L.A. soon after. Both of them might also connect on different levels where they would feel connected by how well they understand betrayal.

Kimberlin Brown and Don Diamont do look really nice together and would make a sizzling couple. Kimberlin recently posted a BTS photo. So, it would be fun to see if something like this might be in the works. The Bold and the Beautiful airs on CBS all weekdays. Don’t miss the action. In the meantime, tell us if you would like to see this couple together in the comments below.