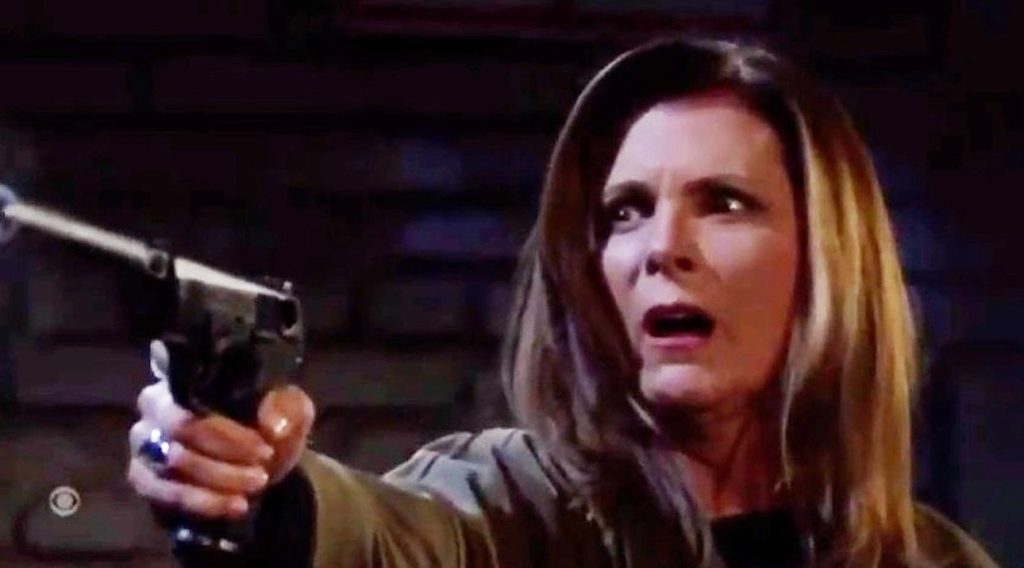 The Bold And The Beautiful: SHOCKING! Sheila Moving To Y&R?

The Bold And The Beautiful spoilers suggest that a shocking change might be coming up on the soap opera. In the recent preview video, we came to know that Sheila is gone for good. But is that really the case? This is soap opera! Villians are always displayed as indestructible. Because of them, the story sustains for years. History says and proves that villains always pop out from anywhere and make the entire show more interesting. So, could Sheila really be dead? We don’t think so.

As soon as The Bold and the Beautiful teased Sheila’s death, fans of the soap were on fire. Taking onto social media, they have been speculating how this is next to impossible. Soap opera fans know that Sheila is the kind of character who comes back to life even after facing the worst kinds of death. This time, we haven’t even seen her die. So, there are very less chances that she would be dead. In fact, one of the fans tweeted that actress Kimberlin Brown, who plays Sheila on The Bold and the Beautiful, recently posted a picture where she was getting ready in the Sheila get-up. So, it is less likely that she would die after all.

Not to mention, many viewers speculate that Sheila might end up in Genoa City. It might not be that shocking since The Bold And The Beautiful and The Young And The Restless are both sister soaps. Earlier, Sally was a character in B&B, but later she went to Y&R from Las Vegas to Genoa City. Could that be happening again? If Sheila really was presumed dead in The Bold and the Beautiful, it is possible that she might have escaped to Genoa City.

After seeing the preview, they are already making fun of and enjoying the storyline. One among them is jokingly saying, “Indeed! Show me the body! Open the casket”, while another one is saying, “she doesn’t really need to post anything, we all know that she isn’t dead”.

Whatever it is, all of this is very interesting, and the possibilities of Sheila dying is far from the truth. The spoilers teased that Steffy might be the one to take down Sheila. She has had enough with her family struggling with a single maniac woman. Sheila will definitely pop up in the future like a phoenix but might soon face the music for uprooting the peace of Steffy’s family. What are B&B writers have in mind? Will Sheila really pop up in Y&R? We will know this in the upcoming episodes. Watch The Bold And The Beautiful, which airs every Weekdays on CBS. For more information on spoilers and updates, visit our website, TV Season & Spoilers.