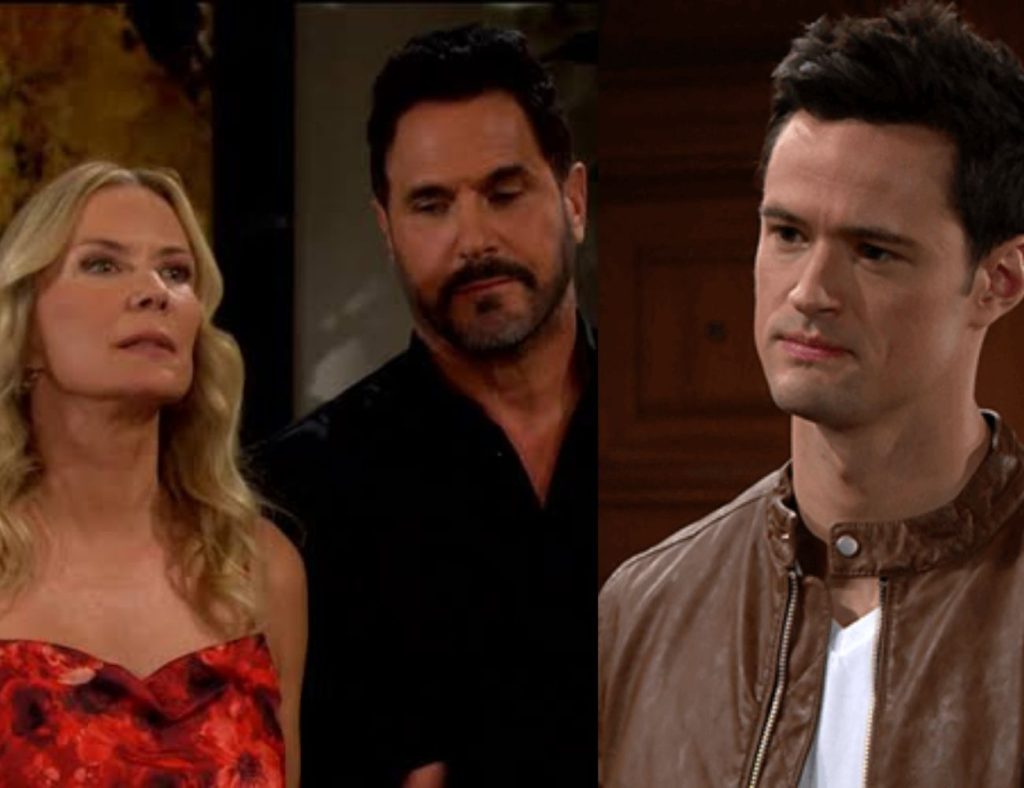 The Bold And The Beautiful Spoilers: Bill And Brooke TEAM UP! Take Thomas Down

Hope just won all the limelight, credit, and attention for her jewelry show on The Bold and The Beautiful. Of course, along with it, she also won Steffy’s ire. However, more than Steffy’s jealous rage, it is Thomas’s love and obsession that she needs protection from. If history is anything to go by, that is! But fear not! It seems mommy Brooke is there to rescue her daughter. And she is not alone, Bill Spencer has offered his help. Interesting! Right? There’s more, so keep scrolling to find out!

Bill And Brooke Team Up On The Bold And The Beautiful

Douglas’s view of his daddy Thomas is tainting Hope’s own views of the man on The Bold and The Beautiful. Hope has started to warm up to Thomas. She really has started to look at him as a changed man, an upstanding father to their baby boy, Douglas. Who is enchanted by his dad and wants nothing more than mommy and daddy back together. Thomas of course, wants the same things. He never really did move past Hope. And, now being so close to her again just reignites his old feelings, also his old dangerous obsessive ways.

Understandably, this instills fear in Brooke and Liam. They are scared that Thomas trap Hope into falling right back in his arms. But can they do something to put an end to Thomas’s menace? Apparently, yes! Bill Spencer has a plan to bring down Thomas! Also, the plan puts Bill working right next to freshly single Brooke. Who he happens to be in love with! Cute! So, what can the plan be? What has Bill running through his mind? Let’s find out!

Brooke and Bill Take Down Thomas!

Bill is a well-connected man on The Bold and The Beautiful. So it’s safe to assume that he will make a few calls and runs to figure out what all activities up to. Brooke knows she was falsely accused of making the CPS phone call, which Ridge left her over. Chances are, at some point, Bill will connect the dots that Thomas somehow faked that call. After all, it was Thomas who accused Brooke.

All this will require meticulous planning and a lot of time to pull through. That could be enough time for Thomas to reel Hope in and send Liam spiraling out of control, thus putting a dent in their marriage. After all, he was already unsupportive of Hope during her show. So, the cracks are already appearing. Will Bill and Brooke be able to uncover Thomas’s ploys before it’s too late? As a bonus, working together might warm up Brooke toward Bill’s earlier advances.

However, what will happen when the CPS call mystery resolves, and Ridge realizes what a mistake he has made? Will solving Liam-Hope-Thomas love triangle lead to a new one between, Brooke-Bill and Ridge? Stay tuned to The Bold and The Beautiful on CBS over weekdays to find out what happens next!