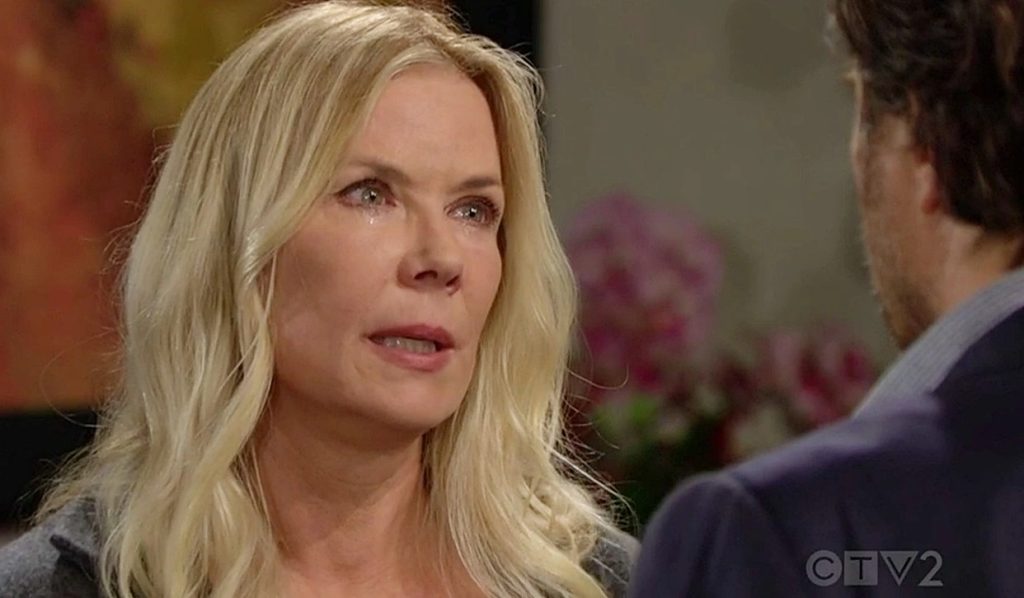 The Bold And The Beautiful Spoilers: Brooke Backs Off The Taylor Pact, Gets BACK WITH RIDGE

The Bold and the Beautiful spoilers suggest that Taylor and Brooke’s pact to be friends might not be as successful as they had initially thought. B&B spoilers hint that Brooke might give into the temptation and kiss Ridge this New Year going back on her word to lead a life without him. How would that happen? Keep reading to find out.

The Bold And The Beautiful: Taylor And Brooke’s Pact

The Bold and the Beautiful viewers keeping up with the soap opera know that both Taylor and Brooke have made a new pact where they decided to walk away from Ridge. For the longest time, Ridge had been waffling between both the women. However, he couldn’t make the decision.

To clear his head, the man went out of town, hoping to gain clarity and choose the person. But, upon his return, he was given a shocking answer. Both Brooke and Taylor decided that they were moving on from Ridge, both of them dumping Ridge. While fans are really ecstatic about this new friendship, we wonder how long this is going to last.

How Long Will The Pact Last? Brooke Backs Off?

Further, the Bold and the Beautiful spoilers for the week of December 19-23, 2022, suggest that things won’t go as smoothly as expected. B&B spoilers hint that Brooke and Ridge will be in each others’ orbits in the upcoming days, and it is likely that the two of them will come closer during that time.

While Taylor and Brooke have decided to be pals, it is likely that Brooke will go back on his word. As per the latest spoilers, even after saying that she won’t do it, Brooke might find herself in a sweet moment and might even end up kissing. While Brooke would want to still be in the “We are choosing ourselves” mindset, it might not last long because her heart would want to return to Ridge.

Once this happens, Taylor might feel a little betrayed, but she would accept that Brooke and Ridge really belong together, and they had to come together sooner or later. There is speculation that Taylor might even leave the town after all of this. She would want a fresh start away from all the Brooke-Ridge drama. So, this might be how the story would end. It seems less likely that The Bold and the Beautiful would keep Ridge and Brooke apart for very long. What do you think about it? Tell us in the comments below. The Bold and the Beautiful airs on CBS all weekdays. Don’t miss the action.