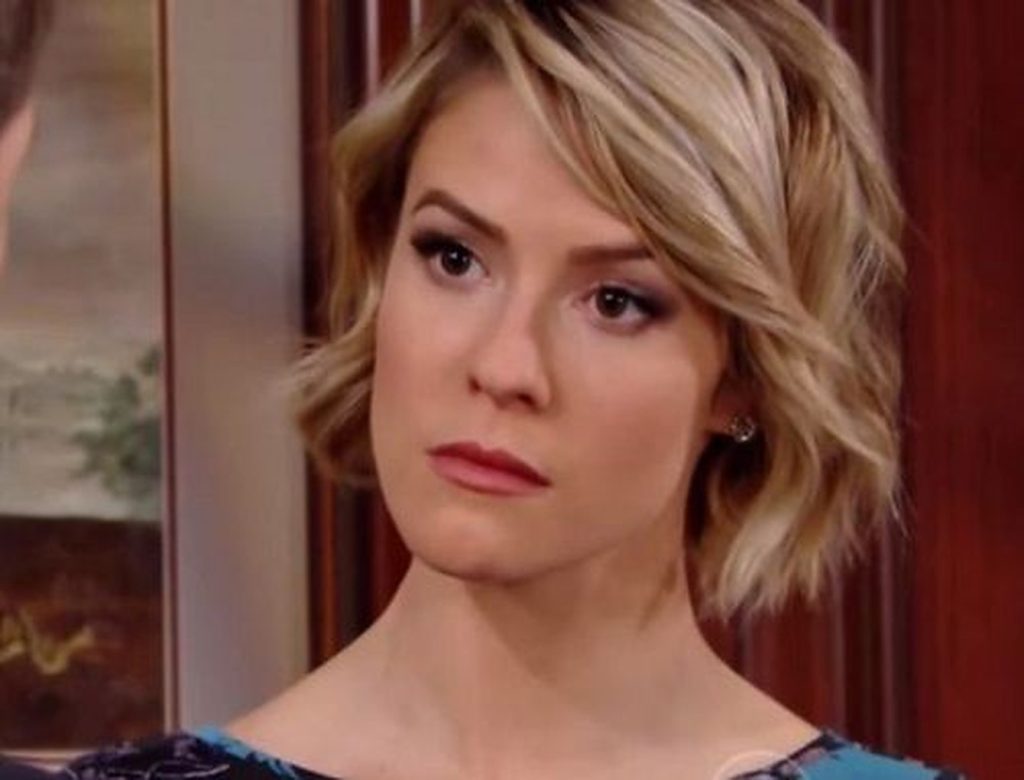 The Bold And The Beautiful Spoilers: Custody Drama Heats Up, New Twist, Caroline COMING BACK?

The Bold And The Beautiful spoilers tease that Hope and Thomas will continue to fight for Douglas’ custody. Even though Hope is not Douglas’ biological mother, she loves him like her own son. However, as the custody drama heats up, will B&B come up with a new twist? At this hour, bringing Caroline will make more sense to end this custody battle. Would The B&B go down that road? Let’s discuss the possible ways in the storyline if Caroline comes back.

In the recent episodes, we saw how Thomas and Hope are battling for Douglas’ custody. Initially, Thomas asked Hope to give Thomas back to him. However, Hope was shocked and complained that he can not pop out of nowhere and simply want her son back.

Later, Thomas approached Hope again. But this time, with Eric’s permission. He told Hope that Eric had permitted him to bring Douglas back to the Forrester mansion. As for Hope, she cried and lashed out at Thomas for being inconsiderate and selfish. She accused him of only trying to fulfill his wishes and not actually thinking about Douglas’ wants.

To this, Thomas assured her that it is not true. However, he even reminded her that she knew this day would come. Someday or the other, she knew that Thomas was indeed going to take his son’s custody.

Afterwards, we saw on The Bold and the Beautiful, this heated argument led to Thomas make an offer. He told Hope that she can come anytime to see her son. Whatever it is, a teary Hope will find it difficult to come to terms with. Recently, we saw how Thomas took Douglas to Forrester’s dinner party with Hope’s permission. There also Hope saw how happy Douglas was in the mansion.

With all the chaos going on right now, will Hope surrender to Thomas’ wish to get Douglas? Fans already saw Hope worrying about her son’s childhood because she knows if this battle gets escalated to the court, it will become a huge mess. She is worried that everything can become very chaotic and might end up ruining Douglas’ childhood will be ruined. While Douglas’ custody battle is getting heated up daily, how will things fall into place? Could there be a new twist?

The Bold And The Beautiful Spoilers: Will Douglas’ Bio Mom Be Back?

No doubt, fans are talking about Caroline lately. Even in The Bold And The Beautiful, Steffy did mention her name recently. Could this mean that B&B is setting the stage for another big twist in the storyline? We will know that.

Long time The Bold and the Beautiful viewers would recall, Hope legally adopted Douglas when Caroline died due to a blood clot. However, the soap never showed her body on the screen. The soap did hold a small memorial service but it didn’t seem enough. One of the main characters was written off dead out of nowhere.

Since then, many fans surfaced their doubts about Caroline’s death. Currently, Linsey Godfrey, who played Caroline, is in Days Of Our Lives, playing Sarah. But, if B&B decides to bring Caroline back, they can easily recast that character.

Whatever it is, there are two ways through which the storyline can take a turn to adjust Caroline in it. First, we know that Thomas was super obsessed

with Hope back then. Not just that, his character was very manipulative in nature. So, possibilities are there that The Bold and the Beautiful might show that he kept Caroline hostage for these days.

Second, The Bold and the Beautiful can also show that some third person is involved in the story. However, that would not make the story interesting. With all the chaos surrounding Thomas and Hope, if someone finds dirt on Thomas, it will basically be his end game.

Whatever it is, Douglas’ biological mother entering the storyline will be a game-changer. This is just a speculation, and we haven’t gotten any confirmation yet. Until then, watch The Bold And The Beautiful, which airs every weekdays on CBS. For more information on updates and spoilers, visit our website, TV Season & Spoilers.