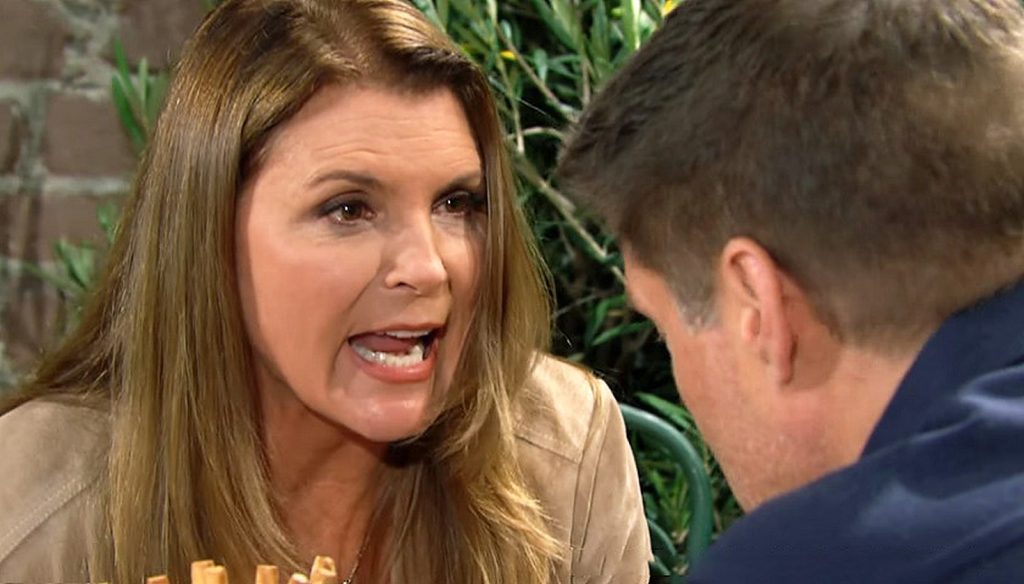 The Bold And The Beautiful spoilers tease that the show might now decide to give Deacon a new love story soon. When Deacon gets a new partner, it will surely drive Sheila crazy as she has feelings for him. Who might be the Deacon’s new partner, and what might Sheila do to have control over him? Let’s discuss how the storyline might change with a new character entering the canvas.

There was a huge chunk of fans who were rooting for Carter and Quinn and were disappointed when Rena Sofer left the show. The Bold And The Beautiful showed how Carter was then paired with Katie, and both of them are going smooth now. However, there is this buzz that the show might re-cast Quinn and bring her back to the canvas. Since Quinn’s love Carter has already found love, he won’t be the one again! So who else? Could that be Deacon?

To speak of Deacon, he openly admits that he has feelings for Brooke but was also close to Sheila. While Deacon was scared of Sheila, one can’t deny the fact that he never was actually attracted to her as well. He did try to woo both Sheila and Brooke at the same time though it failed. Since Sheila is teaming up with Bill, it leaves Deacon the perfect character to have an interesting storyline. The main question is, how will the new character make the story more interesting and twisted? Let’s discuss that.

Fans know that Sheila has feelings for Deacon after nesting at his place for months. When he was interested in Brooke’s single status, Sheila’s jealousy hit the rooftop. It is pretty obvious that Sheila will go bonkers when she finds that Deacon is having a new love life. Ever since Sheila used Deacon’s place as a hideout, she had a control over him, and sort of became a puppet. Sheila always threatened Deacon that if she goes to prison, she will take him with her.

However, if he gets a new love partner, Sheila won’t be able to control him like that again. The head writer, Brad Bell, has already hinted that he is not going to make Sheila leave the show. She is one of the important characters who is making the story more interesting. While Sheila stays around, she will definitely not let Deacon live in peace if he gets a new lover.

Fans know how much she gets obsessed with the people she loves. So, if the show brings Quinn and Deacon together or any other new partner for Deacon, for that matter, Sheila will go crazy. We have to wait to see if the storyline takes this turn or not. Stay tuned and watch The Bold And The Beautiful, it airs every weekday on CBS. For more updates and spoilers, visit our website, TV Season & Spoilers.