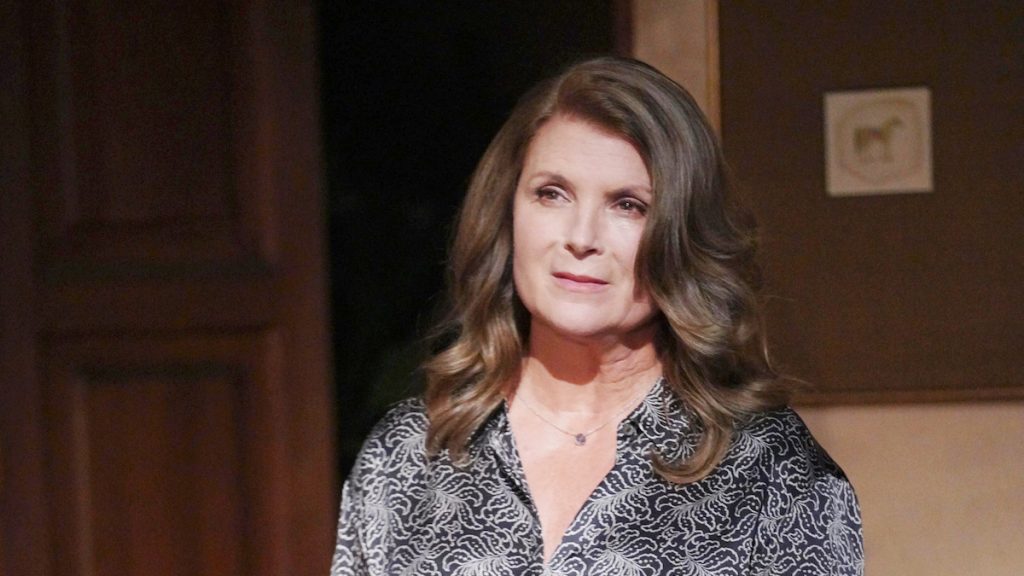 The Bold And The Beautiful Spoilers For April 1, 2022: Sheila Kills Steffy? Ridge Is Worried

The Bold and the Beautiful spoilers for April 1, 2022, are out. And it looks like all the B&B fans are in for a Sheila-centric episode. Sheila will be everywhere, and it won’t be for good reasons. First, Finn will realize that Steffy is in danger, and it is from Sheila. Then, his instincts will be right because Sheila will indeed threaten Steffy. Ridge will also be wary of Sheila, and he will ask Taylor to be careful. But, will she understand? Here is all about it.

Starting the episode, Finn will get a feeling that the love of his life- Steffy, is in danger. He will either get a message from Deacon or the bartender about some danger. So, it looks like Finn will get worried, and he will rush to be by Steffy’s side. The probability is that Finn will realize that Steffy has tracked down Sheila and is in danger. So, he will go there to save her.

The Bold And The Beautiful: Steffy And Sheila’s Confrontation

While Finn races to Steffy’s rescue, Steffy and Sheila will get into a heated confrontation. Steffy will call out Sheila on everything she did. So, Sheila will get angry. She will slam Steffy against a dumpster and throw some serious threats. Sheila has made it clear that she isn’t leaving Finn’s life. So, would she do something to Steffy?

Sheila is a dangerous woman. So, anything can happen there. With that said, Steffy has told Sheila that she has already told Finn about her involvement in Brooke’s relapse. So, that will only make Sheila even angrier. Would s he do something that she shouldn’t? We will know soon.

Rounding off the Bold and the Beautiful spoilers for Friday will be Taylor, who will also get suspicious of Sheila. Owing to this, he will ask Taylor to be careful of her. B&B viewers know that Sheila has been trying to get in close proximity with Taylor.

So, Ridge will suggest Taylor to keep her guards down. B&B spoilers suggest Taylor will assure Ridge that everything is under control and he doesn’t have to worry. However, this won’t ease Ridge at ease.

Would Sheila do something to Taylor too? We will have to wait to know. The Bold and the Beautiful is bringing new twists and turns on the soap opera. So, make sure you tune in and enjoy. B&B airs on CBS all weekdays. Don’t miss the action.