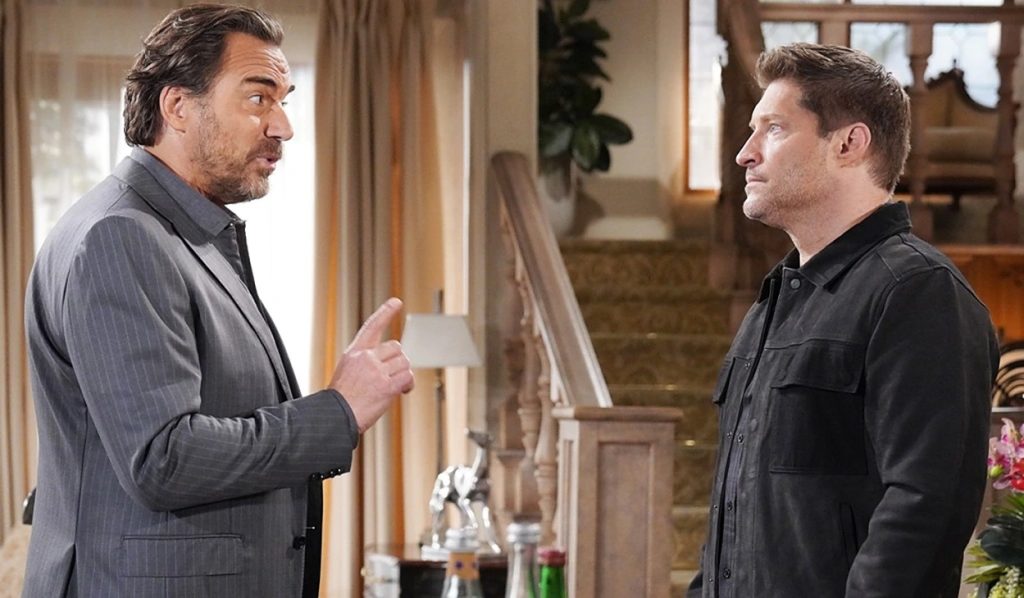 The Bold And The Beautiful Spoilers For August 26, 2022: Deacon-Ridge’s Clash, Hope MEETS Sheila?

The Bold And The Beautiful spoilers for August 26, 2022, reveal that Deacon and Ridge will have an argument. Of course, it will be related to Brooke and Hope. Then, Hope will pay a sudden visit to Deacon’s place. She will meet a woman over there who will claim herself to be Deacon’s new partner. Would she recognize her? Keep reading to find what is brewing in B&B.

At Il Giardino, Ridge will return after a dinner celebration from Forrester’s Mansion. The Bold And The Beautiful spoilers claim that Deacon and Ridge will have a face-off. Fans already know that these two men can never be composed in front of each other. So, their greetings will start with an argument. They will soon then jump onto another topic about Brooke and Hope.

On Friday, Deacon will lash out at Ridge. He will defend his relationship with Brooke and Hope. Ridge already asked Brooke to maintain distance from Deacon when they got together. However, Brooke always respected his demand and did the same. As for Deacon, he will remind Ridge that no matter what he tries, the relationship will remain the same.

Elsewhere, Ridge will wonder that Hope and Brooke never actually think of him. They are better without him. Technically, a man confused over his feelings is not supposed to pass comments. Fans know that Ridge is not doing any good himself! Whatever it is, the rift between these two men will remain for some time.

Over with Hope, she just got alerted by Brooke about Taylor’s motive. Fans saw how Brooke suspects Taylor to be using Douglas’ custody

issue in her favor. All these updates will stress Hope to a great extent. To discuss this, Hope will pay a sudden visit to Deacon’s place.

However, instead of finding Deacon, she will see a woman stand with her back turned. She will wonder who she might be. Viewers know who is nesting at his place. She is not just some stranger, but the one who everyone thought was mauled by a bear – Sheila, the she-devil!

Whatever it is, the week of August 29 – September 2, 2022, will have more interesting episodes as Hope’s suspicion will escalate. Meanwhile, Deacon will also learn about Hope’s sudden visit. He might even lash out at Sheila for putting him in more trouble. B&B spoilers claim that Deacon’s help to Sheila is going to cost him very badly. The Bold And The Beautiful airs every weekdays on CBS. For more information on spoilers, visit our website, TV Season & Spoilers.