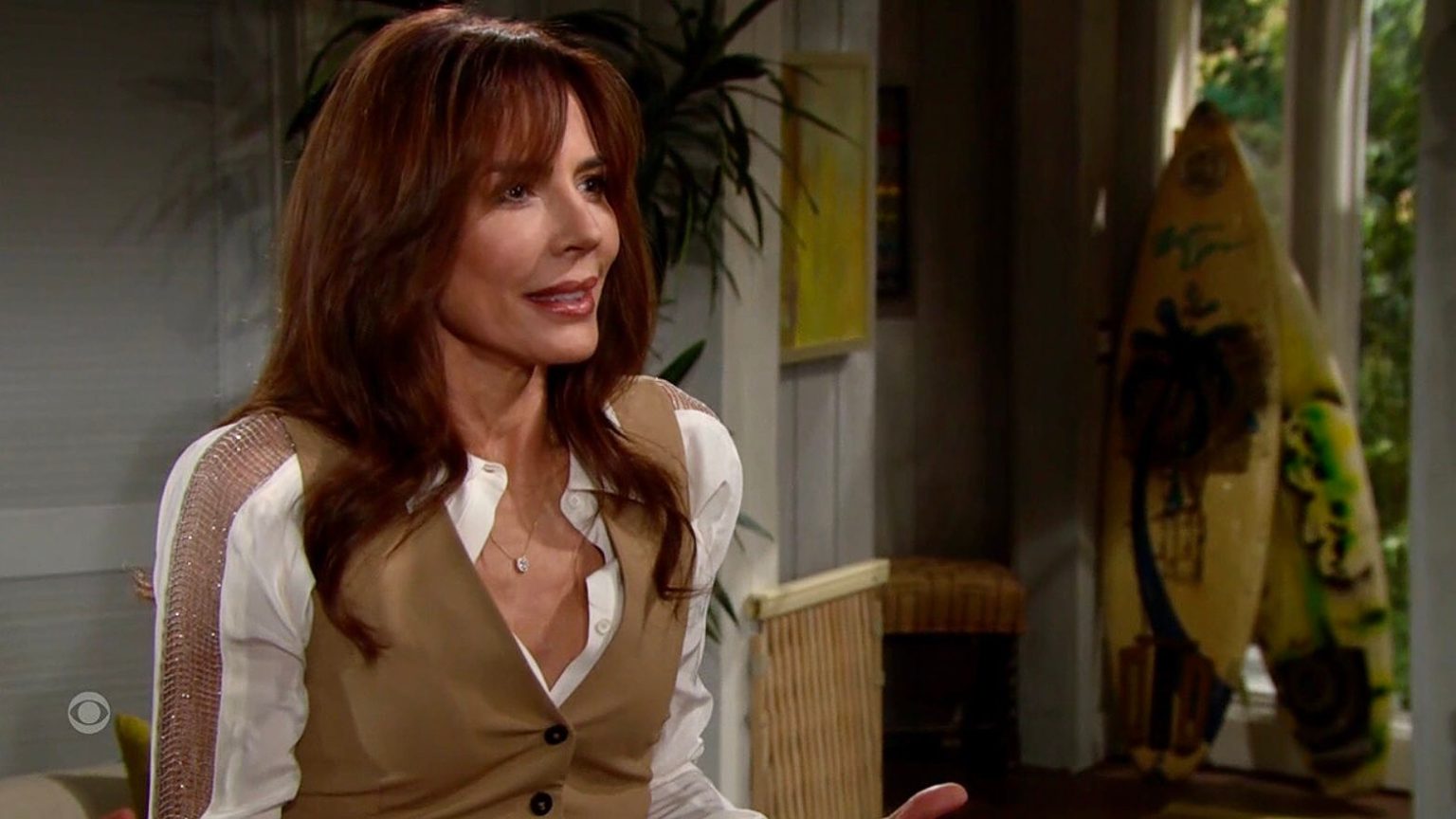 The Bold And The Beautiful spoilers for January 13, 2023, reveal that Steffy and Taylor will share some powerful bonding. While the mother will want to surrender herself to the cops, the daughter won’t want her to do that. Meanwhile, Sheila will continue to unleash her wrath now that she is released from prison. Elsewhere, Finn will drop some bombshells on Katie and Brooke. Let’s read further to know what B&B has in store for the viewers in today’s episode.

On Friday, Steffy will finally come clean about the things she is hiding from her. The Bold And The Beautiful spoilers claim that Taylor will argue with her daughter. She will be willing to surrender herself to the cops if that can put Sheila behind bars. But Steffy won’t think that it is the right thing to do. She won’t want her mother to give up her freedom for the sake of the she-devil. Steffy knows the pain she went through because of that evil, but she still will prioritize her mother over anything else.

As for Taylor, she will also realize how loyal her daughter is to her. The show will air some powerful scenes between Taylor and Steffy’s bonding. Although Steffy is asking Taylor to keep mum, she will wonder if she is doing the right thing or not. Moreover, she will also share how Bill has already bribed the judge, so even if she surrenders, Sheila won’t be going that easily. Looks like Steffy may finally convince Taylor and think about what to do next.

The Bold And The Beautiful Spoilers: Finn Drops The Release Bomb

Coming up next, Finn will have some important updates to share with Brooke and Katie. The Bold And The Beautiful spoilers say this is where Finn will drop the bombshell

about Sheila will be released from prison. Although Carter will be the one to deliver that update, Finn will specify how Bill was the reason behind that. This will be a big blow to Katie and Brooke, who were appreciating Bill’s ‘heroic’ call to the cops all these days.

Finn may not go into details on how he deceived everyone, but rather will tell them that Bill helped Sheila. Other spoilers say it won’t be far before Brooke and Katie discover Bill’s romance. So, they will have to face another blow soon. Brooke will be horrified and will think about how he ended up with the evilest out of all other women in town.

As for Katie, she will decide to meet with Bill and ask him about his problem. Bill himself will know that he has hit rock bottom by helping a criminal. However, he won’t be able to do anything since she has finally got a woman who is this devoted to him. Only fans know the real reason for her devotion, which Bill might also come to know down the road. It will be interesting to see his reaction when he realizes the craze his lover has. The Bold And The Beautiful airs every weekday on CBS. For more updates and spoilers, visit our website, TV Season & Spoilers.