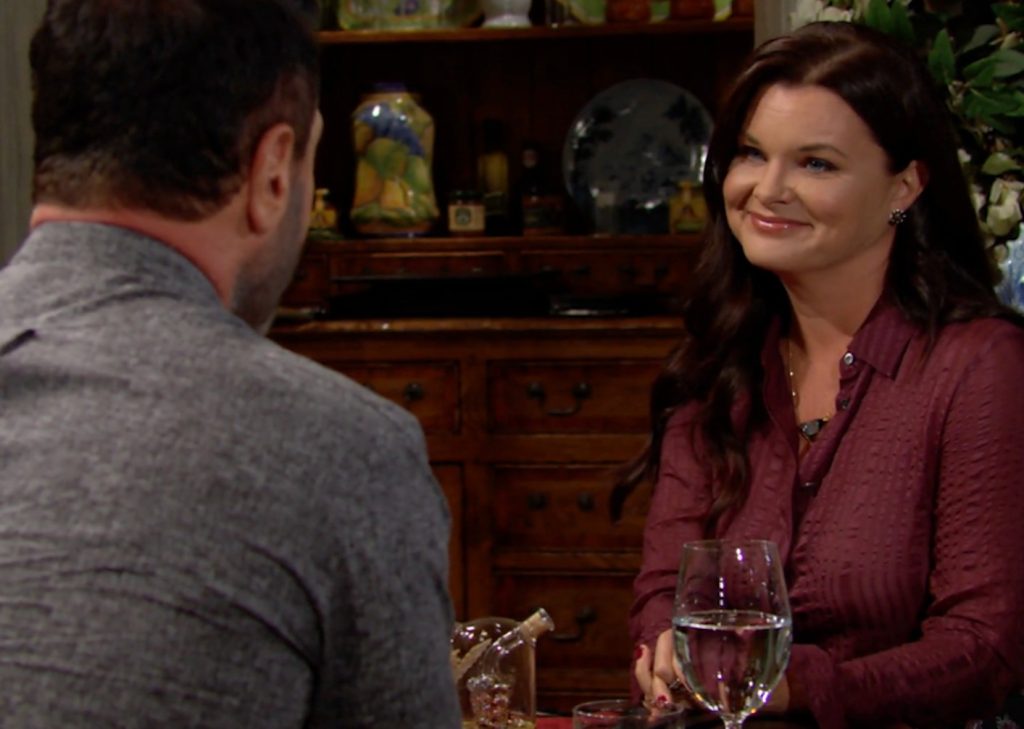 The Bold And The Beautiful Spoilers For January 3, 2023: Katie Praises Bill, Finn-Steffy In Trouble

The Bold And The Beautiful spoilers for January 3, 2023, reveal that Katie will learn about Bill helping Sheila land in prison. She will be surprised by his efforts and will appreciate him. Her praises will trigger Bill’s emotions even further, and he will hit rock bottom. In the meantime, Finn and Steffy will know that Bill is actually in cahoots with the she-devil. Will Finn and Sheila spill the beans and put themselves in trouble? Keep reading to know what will happen in B&B in today’s episode.

Katie Praises Bill For His Efforts

On Tuesday, Katie will learn that Bill was the one who helped Finn and Steffy in getting Sheila arrested. So, she will only have good words to say. The Bold And The Beautiful spoilers tease that Katie will be surprised by Bill’s efforts. When Katie saw that Bill was wearing the sword necklace, she felt that he was going to make trouble. Not just Katie but Liam and Wyatt were also worried for their father when he wore that necklace.

In the past, whenever Bill wore that necklace and changed to “Dollar Bill”, he only created problems to others. So, seeing him act promptly and calling the cops on Sheila will surprise Katie. As for Bill, getting praised By Katie will give hope to him. Fans know that Bill still has some feelings for Katie, which will get triggered by her praise. Given how he is getting closer to Sheila, will Bill use her to get closer to Katie in any way? We will know that soon.

The Bold And The Beautiful Spoilers: Finn-Steffy In Trouble

Although Katie is praising Bill, Finn and Steffy certainly k now that he is not what he is showing to everyone. The Bold And The Beautiful fans know that Bill and Sheila are in cahoots, and he is just acting like a hero who saved Finn and Steffy

. However, the reality is exactly the opposite! Finn and Steffy will be at a place where they won’t know what to do. Bill has already threatened them, so both will wonder what they can do next.

As for Steffy, she definitely wants to put Sheila in prison, but for that, she can’t risk Taylor’s life. If Sheila goes in, Bill will make sure that Taylor also ends up in prison. Steffy knows that Sheila wants to reunite with Finn and Hayes. And under no circumstances will she ever want her son and husband to face Sheila’s horror. On one side, Steffy has to look for Taylor, and on the other, she is worried for her son and husband. What will she and Finn do now? Stay tuned as B&B will air more emotionally packed episodes in the coming weeks. The Bold And The Beautiful airs every weekday on CBS. For more updates and spoilers, visit our website, TV Season & Spoilers.