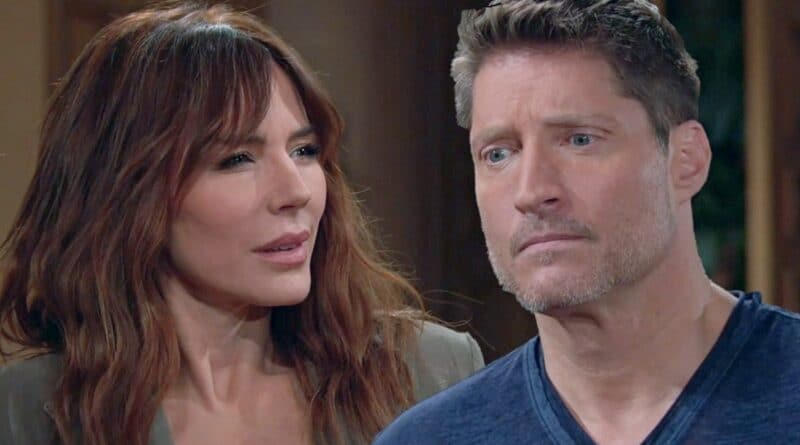 The Bold And The Beautiful Spoilers For July 18, 2022: Deacon & Taylor Start Bonding, Finn Is In DANGER, Again

The Bold And The Beautiful spoilers for July 18, 2022, reveal that Sheila will inject Finn with some unknown medicines. Finn’s life will be in more danger since Sheila is not a professional health worker. Even though she thinks she can save him, she further puts him in grave danger. When Mike discovers the way Sheila handled Finn, he will be shocked. Mike cannot further trust Sheila with her moves since she is a nut job. Fans can expect Mike to advise Sheila to surrender herself to the police. But as expected from a maniac like her, she will consider it as Mike betraying her.

While on the other end, Deacon will start his therapy session with Taylor. He will open up about Brooke and Ridge’s reunion. How is Taylor going to react? Will Taylor also open up her heart and share her thought? Keep reading to know what happens in Monday’s episodes.

In Monday’s episode, the know-it-all Sheila will inject some unknown medicines into Finn’s body. The Bold And The Beautiful spoilers for July 18, 2022, reveal that Finn will become unconscious. When Mike realizes what Sheila has done, he becomes very furious. Mike will advise her to surrender herself to the police after hospitalizing Finn.

Sheila being a maniac, will take his advice as a betrayal. Fans can expect to see a huge conflict erupting between Mike and Sheila in Monday’s B&B episode. Mike will realize how crazy of a woman Sheila is. Meanwhile, viewers will see Finn regain consciousness in the upcoming episode. He might be seen asking Mike to help him. Stay tuned to more twisted anecdotes to be seen in B&B this week.

The Bold And The Beautiful Spoilers: Deacon & Taylor Open Up in Therapy Session

Deacon will begin his therapy session with Taylor, as per the recent spoilers of The Bold And The Beautiful. He will open up about his feelings about Brooke and Ridge’s reunion and ask Taylor to do the same. However, Taylor will decide not to bottle up her emotions and ultimately shares her true feelings. She will say that although she is trying hard to move on, it is still difficult to see Ridge return to her. In the spoilers, it is also teased that Taylor somewhere feels that Brooke will hurt Ridge again.

In the meantime, fans can expect Taylor and Deacon to share some sweet moments as they feel a spark for each other. For further updates on the storyline, watch The Bold And The Beautiful, which airs every Weekdays on CBS. To get more updates on the spoilers of this soap, visit our website, TV Season & Spoilers.