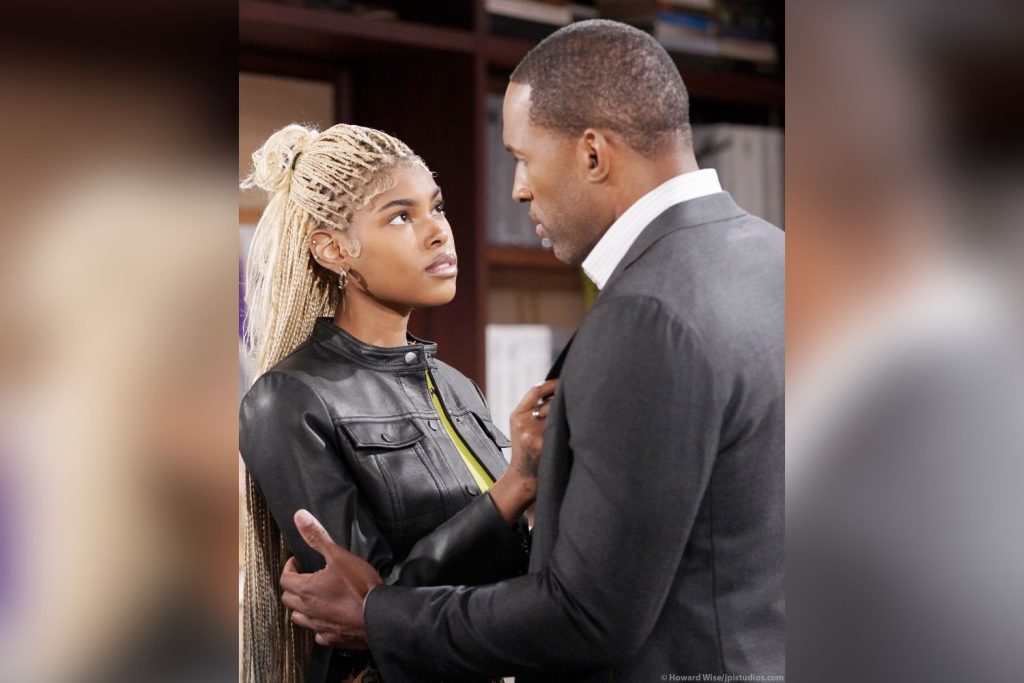 The Bold And The Beautiful Spoilers For June 23, 2022: Carter & Paris Get Engaged, Struggle To Bag Acceptance

The Bold and the Beautiful spoilers for Thursday, June 23, 2022, are out, and it reveals that the upcoming episode will be a continuation of some ongoing interesting storylines. First, Li will be presumed dead, and Sheila will rejoice.

Sheila will act like she is the one who can take care of Finn and do something about it. Next, Carter will tell Ridge about his engagement with Paris, and that will leave Ridge worried. Paris will also show the world her engagement ring, and that will fume her mom. What would she do then? Here is all about it.

Sheila’s Takes Over The Finn Situation

In the previous episode of The Bold and the Beautiful, viewers saw Sheila as she stood watching Li’s car burn into flames. Not only did she become a mute spectator, but she was also evil enough to grin about it. Now, she will take her plan further in the upcoming episode. The Bold and the Beautiful episode for Thursday, June 23, 2022, will see Sheila rushing back to Finn. She might even assure an unconscious Finn that his fake mom is gone and now she will take care of him.

B&B spoilers hint that Sheila might act like she is Finn’s true mother, and she wouldn’t let anyone come close to him ever again. Li double-crossed Sheila. So, she will not feel bad about what happened to the good doctor. All that will matter to Sheila right now is making sure Finn is okay. This won’t be easy because Sheila isn’t really a doctor.

The Bold And The Beautiful: Carter Has Some News, Ridge Is Worried

Over at the Forrester Creations, The Bold and the Beautiful spoilers confirm that Alexis Gaube will make yet another appearance. Ridge will be working on a design with him when Carter walks in with shocking news. He will most probably tell Ridge about his engagement, and that will leave Ridge with too many questions.

B&B spoilers say that Ridge will be rather alarmed after he comes to know about this sudden commitment that Carter has made. So, he might try to speak to him about it. However, Carter is determined to marry Paris ASAP. So, he will stand his ground. With that said, Ridge will feel that Carter should think about what he is doing because he wouldn’t want to regret it later on.

Speaking of Paris, The Bold and the Beautiful spoilers also relay that Grace will be fumed when she sees Paris’ engagement ring. It is a massive ring, and Paris will be flaunting it around. So, Grace will not know how to react. She will forbid Paris from marrying Carter, but it looks like Paris and Carter will hold their grounds. Paris will make it clear that this is her life, and she gets to decide what she wants.

After Paris shuts her mother down, Grace will reach other to Carter and try to get her way with him. Will she be able to, though? We will have to wait to know. The Bold and the Beautiful airs on CBS all weekdays, and the upcoming episode is bringing interesting storylines. Don’t miss the action.