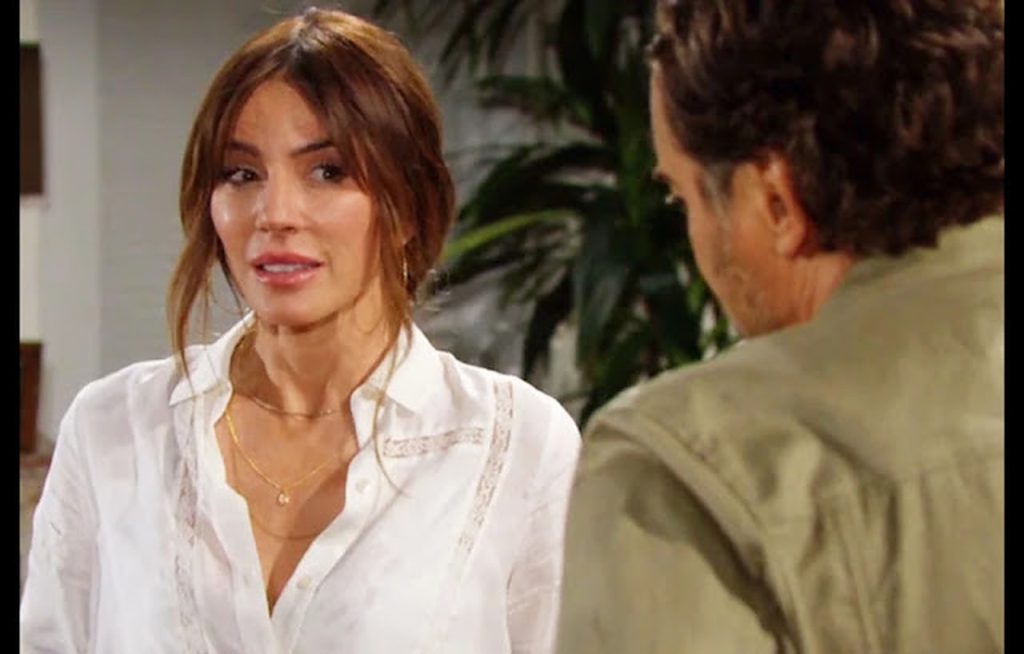 The Bold And The Beautiful Spoilers For Next Two Weeks (September 26- October 7, 2022): Thomas Is Mad At Ridge, Taylor Flies To Aspen

The Bold And The Beautiful spoilers for the next two weeks, starting from September 26 – October 7, 2022, tease that Brooke and Hope will have a face-off. Hope will defend Thomas as she believes that he can take care of Douglas. Later, Child Protective Service officers will barge into Forrester’s mansion and make everything worse. Over with Steffy, she will arrange for her mother to take some time off. So, the much-awaited Aspen scenes are to come.

During the week of October 3-7, 2022, Ridge will finally make a decision. We will also know whether he chooses Taylor or Brooke. Not only that, Bill will follow Ridge’s path as he struggles with his feelings. Read more to see what happens in the next two weeks on The Bold And The Beautiful.

In the week of September 26-30, 2022, After Nikki meets Deacon, she will head straight to the Forrester mansion. Looks like she had other motives to visit LA apart from scoring dirt on Diane. The Bold And Beautiful spoilers say that Nikki will meet Eric Forrester. As Summer Newman is about to have her vow renewal ceremony on The Young And The Restless, Nikki will want Eric to design a gown for her. After discussing Summer’s taste in design, Eric will assure her that he will make her look the prettiest on her special day.

Later that evening, Nikki will receive a call from Deacon. Looks like Deacon will have some proofs, might be a photo or document against Diane. Either way, Nikki will get updates on how Diane was not financially weak, like how she portrayed. When Diane surprised everyone that she was alive, she said that her real estate agent job did not pay her well. As a result, she used to live a very lowkey or moderate life. However, Deacon will point out that Diane used to have a Bentley. As Nikki gets updates on her past deeds, she will confirm that Diane’s end is near.

We already saw how Thomas threatened Brooke with a knife recently. After this, Ridge will get updates on this threat and will be concerned for her. Later, Child Protective Service officers will barge into The Forrester mansion. The Bold And The Beautiful spoilers say that someone will call the officers for Douglas.

But, Ridge will come and explain the whole Thomas situation to the officers. Once they are gone, he will quiz Brooke whether she was the one who called them. Even if Brooke denies the allegation, Thomas continues to suspect her. Later, he will lash out at Ridge for supporting Brooke. Just because she said, she wasn’t the one to call CPS doesn’t mean she actually isn’t.

The Bold and the Beautiful spoilers for the week of September 26, 2022, suggest that the same evening, Hope and Brooke will also have a face-off. Hope has already voiced her opinion that Thomas is capable of being a father. Since Brooke doesn’t agree with her, she should at least cause no problems. However, Brooke will continue to stay her ground as she was the one who saw the evil side of Thomas.

Further on The Bold And The Beautiful, the much-awaited Aspen scenes are to come this week. The spoilers suggest that Taylor will announce her some change of heart. Steffy will fear if her mother doesn’t want Ridge anymore. However, Taylor will assure her that it is impossible. Later, Steffy will urge Taylor to spend some time to get straight with her thoughts.

As the Aspen scene nears, Ridge will have something else to deal with before that. Spoilers tease that when Ridge learned about Thomas’ threat, he will start suspecting him. As he decides, he will ask Charlie Weber to help investigate Thomas. Are there chances that they might get some shocking evidence from his past? We will know that.

The Bold And The Beautiful Spoilers For The Week October 3-7, 2022: Ridge Takes Decision In Aspen, Bill Confused

During the week of October 3-7, 2022, Taylor will have her vacation planned in Aspen as she decides to listen to her daughter. However, it won’t be just her going there. The Bold And The Beautiful spoilers say that Ridge and Brooke will eventually land there. It will be interesting to see what stirs among these three as the love triangle starts to mess up.

Over there, Ridge will finally decide who he needs to spend the rest of his life with. Of course, his decision will definitely stir more chaos between Logans and Forresters. So, he better be ready for the consequences which are to come his way.

Elsewhere, Bill will be confused about his feelings for Brooke. The Bold and the Beautiful spoilers claim that after getting a hug, Billy’s feelings for Brooke will reignite a bit. But still, considering the idea of getting together with Li will also excite him. Whatever the case, Billy will also find it difficult to come to terms with his messed-up feelings. Stay tuned as B&B will air more interesting and emotion-packed episodes in the future. The Bold And The Beautiful airs every weekday on CBS. For more updates and spoilers, visit our website, TV Season & Spoilers.