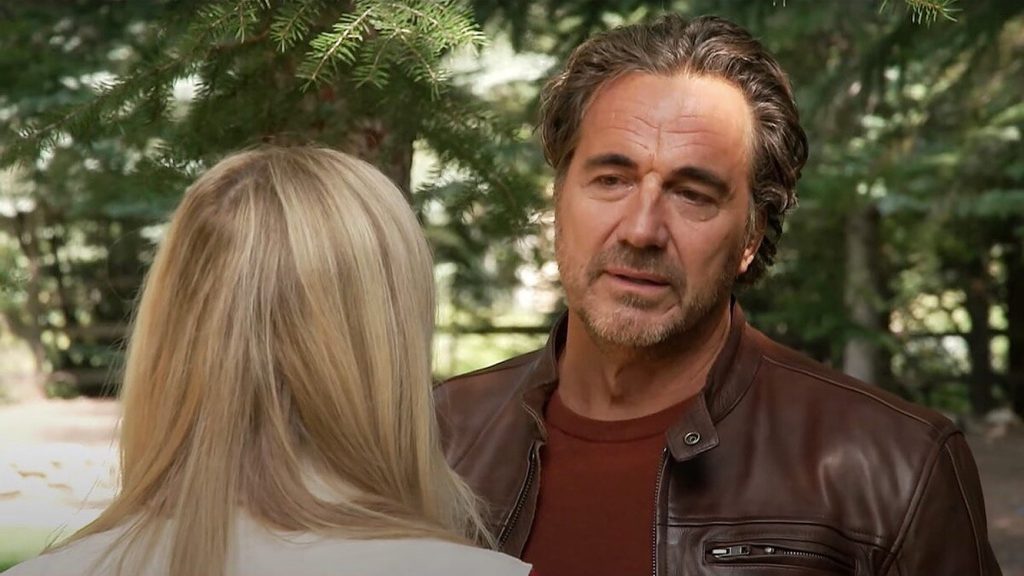 The Bold And The Beautiful Spoilers For October 11, 2022: Ridge Bids Brooke A Goodbye, Steffy Worries For Taylor

The Bold And The Beautiful spoilers for October 11, 2022, tease that Brooke will plea for Ridge to come back to her. But, he will shut her down by bidding her goodbye. However, that doesn’t mean that Taylor will be okay too. She will worry about the consequences now that Brooke is also in Aspen. Does she really need to fear? Let’s read further to know what happens in today’s episode.

After reaching Aspen and learning about Ridge’s decision

, Brooke will be devastated. She rushed to Aspen to make sure that she didn’t lose Ridge. However, the thing she feared the most happened. Ridge has chosen Taylor. The Bold And The Beautiful spoilers claim that Brooke will cry her eyes out when she sees Ridge.

First of all, Brooke won’t even understand the reason behind Ridge leaving her. When she asks, Ridge will try to dodge the question, or even if he answers, it will confuse her. Ridge won’t tell her about the CPS drama. He won’t utter even a single word regarding the whole CPS mess, which according to Ridge, Brooke created. When Brooke pleads Ridge to come back to her, Ridge will just make it crystal clear that his choice is Taylor. So, he will ask Brooke to go back to LA. As he bids goodbye, Brooke will look at him with teary eyes, devastated and confused.

As far as CPS drama is concerned, by now, all fans know that Brooke wasn’t the one behind the call. Even though The Bold and the Beautiful hasn’t shown Thomas dialing the CPS himself, fans pretty much know that it’s him. He was the one who used the voice-changing app which Douglas was playing with. We will have to wait until this secret bomb is exploded. And obviously, how will Ridge behave after this? Will he change his decision out of guilt? We will know that.

The Bold And The Beautiful Spoilers: Steffy Worried About Taylor

In the meantime, Taylor will fret over her future since Brooke is back and trying to convince Ridge. But Steffy will ask her to be positive. Even though Steffy herself will be scared of Ridge’s change in decision, she won’t let that fear show on her face. However, once Steffy learns that Ridge chose Taylor again, she will be over the moon. All three of them will have a group hug.

Over with Thomas, he and Donna were having a face-off. Once he comes to know, he will definitely get a chance to taunt Donna later. Whatever the case, Ridge and Taylor will prepare to tell their family in LA. Well, it will be interesting to see Ridge when the CPS lie gets exposed and Thomas lands in the hot seat. We will have to wait for that. Until then, watch The Bold And The Beautiful, which airs every weekday on CBS. For more updates and spoilers, visit our website, TV Season & Spoilers.