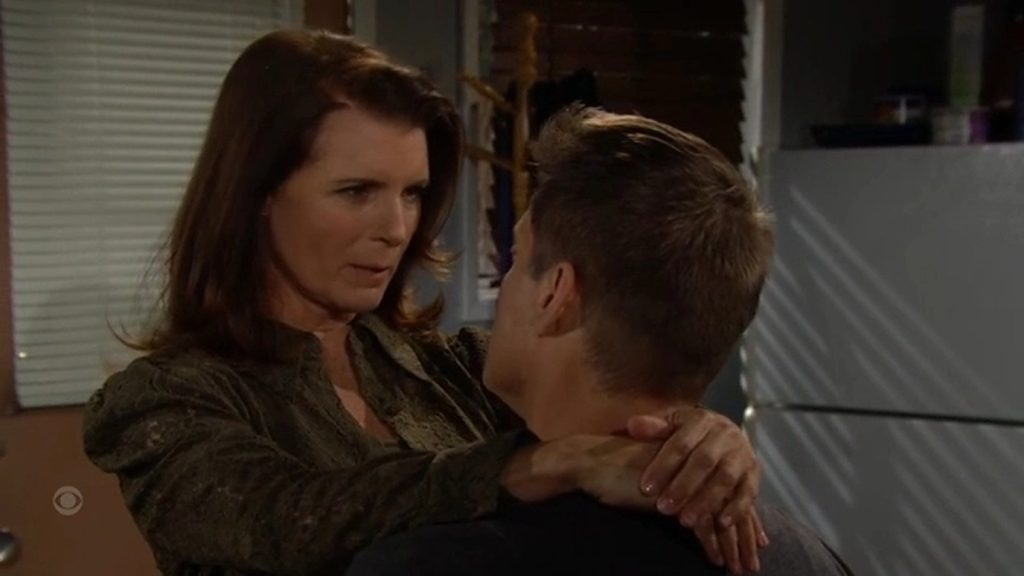 The Bold And The Beautiful Spoilers For October 12, 2022: Sheila’s Romantic Surprise, Thomas’ Information For Hope

The Bold And The Beautiful spoilers for October 12, 2022, tease that things are about to shake up a little for Sheila and Deacon in the upcoming episode. As per the latest spoilers, Sheila will prepare a romantic surprise for Deacon. Next, Thomas will inform Hope about Ridge and Taylor. So, Hope will be extremely upset for her mother. Keep reading to know what unfolds in today’s episode.

B&B viewers know that Sheila is nesting at Deacon’s apartment. Now, she will come up with a bold move in today’s The Bold And The Beautiful episode. The spoilers tease that Sheila will prepare for a romantic surprise for Deacon. As she cooks dinner, she will hope to give him a night full of surprises.

Sheila has always been a person who dwells in her own delusional world. If she utters even a single word regarding going back to Finn and Hayes, Deacon will surely get pissed off. Earlier, when Sheila came with a similar surprise, she escaped the house to meet Finn. All this time, Sheila tried to get Deacon under her control through her romance plan and all. Now that she is doing it again. What might be the reason behind it? Definitely, it has something to do with Finn and Hayes.

With that said, we can’t forget one thing here, both Sheila and Deacon are into each other. So, will Deacon get frustrated when he sees her acting all lovey-dovey? Deacon is already in trouble since he is harboring a fugitive. Now, if he wants to get involved romantically, things will be tougher for him. Whatever the case, Deacon does have a weak spot for Sheila. Even if he doesn’t want to, he always ends up getting into her trap. So, blaming her for everything will also not be that good. Will Deacon and Sheila’s romance sink even before it starts? We will know that.

The Bold And The Beautiful Spoilers: Thomas’ Information For Hope

Further on The Bold And The Beautiful, Thomas will have tough news to pass on to Hope. Now that Ridge and Taylor are together

, he will inform Hope about the same. Although Thomas is over the moon with his dad’s decision, he won’t be that blunt with Hope. Thomas knows Hope dislikes Taylor and would never like Ridge pairing up with Taylor.

Over with Douglas, he would face some problems with his decision regarding where to stay. Douglas does like spending time in Forrester’s mansion, but he also misses the cabin and Hope equally. The Bold and the Beautiful spoilers claim that Douglas will share his desire with Thomas. But he will only try to brainwash Douglas into staying with Forresters. Thomas’ evil and manipulative side is shining brighter than the red flags. What will happen when his façade falls, and he gets exposed? Mayhem is soon to come. Stay tuned and watch The Bold And The Beautiful, it airs every weekday on CBS. For more information on updates and spoilers, visit our website, TV Season & Spoilers.