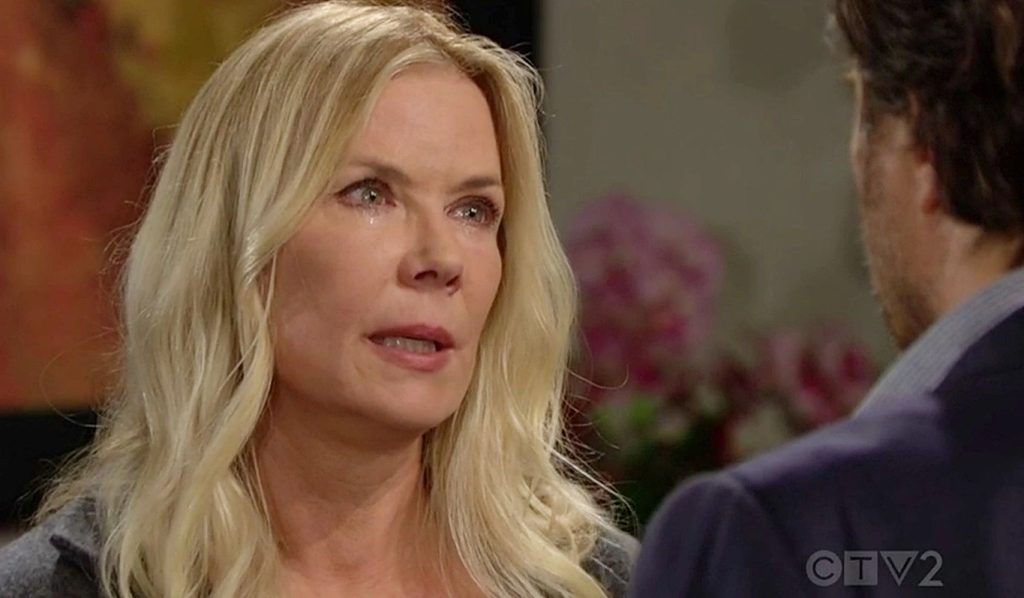 The Bold And The Beautiful Spoilers For September 15, 2022: Steffy-Hope’s Face-Off, Bill-Brooke Reminisce Past Memories

The Bold And The Beautiful spoilers for September 15, 2022, reveal that Steffy and Hope will have a major face-off. Initially, the argument will start with Douglas’ custody issue but will later jump to their parent’s love life. Over with Bill, he will reminisce past memories with Brooke. As for Brooke, she will want Bill to open up to her. Let’s read further to understand today’s plot.

It’s not new that Steffy and Hope are having conflicts. This time, a major conflict will arise between the two. The Bold And The Beautiful spoilers say that they will not spare each other this time. Initially, they will start with Douglas’ custody issue, then will jump on to their parent’s love life.

Over with Steffy, she will be clear that Ridge is better off without Brooke in his life. So, Hope will also remind her that he is married to her mother. Not just that, Hope will also point out how Taylor was being very clingy to Ridge at the dinner party. So, she will accuse Steffy that she and her mother are scheming to reunite Ridge with Taylor.

Speaking of Taylor, she will urge Ridge to come to his senses. She will remind him of the times when Brooke betrayed him. So, she will tell him that choosing Brooke is not the right choice. However, the ball is in his court. The ultimate decision maker is Ridge, so Taylor should know that her giving lectures to him will not solve anything. As for Ridge, he has already chosen Brooke, so now, he will not back off from his decision. However, Taylor will know that he is ultimately going to get hurt.

The Bold And The Beautiful Spoilers: Brooke-Bill Reminisce Their Old Days

Further on The Bold And The Beautiful, Bill will pay a visit to Brooke’s place. Brooke will be glad to meet Bill after days. This will lead to a discussion about Katie. Even though Brooke is in touch with Katie, she will want Bill to open up to her. As for Bill, he will tell her that he has come to terms that he and Katie will not make good pair.

Later, Brooke will ask him if he has got someone else in mind. Even though Bill has Li in mind, he will not confess that to Brooke. Not just that, they will also walk down memory lane and reminisce past memories of them. Whatever it is, Brooke will know that Bill is going through a tough time. So, out of empathy towards him, she will hug him.

However, looks like this week’s cliffhanger is going to be Ridge witnessing Brooke embracing Bill. Of course, he will misunderstand the friendly hug for something else. Just now only, he decided to choose Brooke despite the warnings from Taylor. What will happen now? Will he start getting second thoughts on his decision? Stay tuned and watch The Bold And The Beautiful, it airs every weekdays on CBS. For more information on updates and spoilers, visit our website, TV Season & Spoilers.