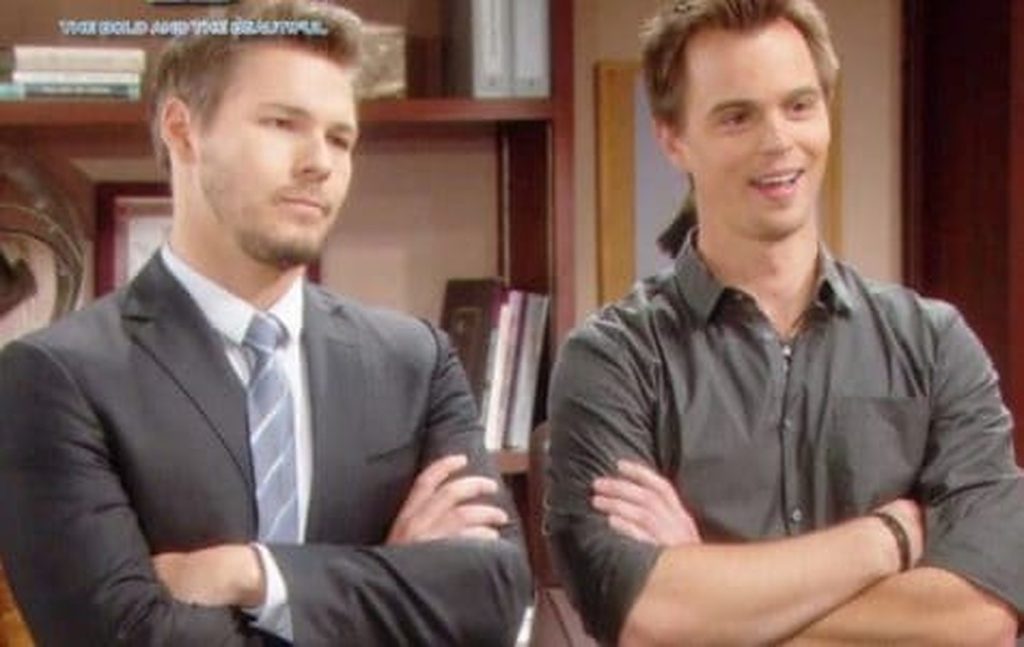 The Bold And The Beautiful Spoilers For September 21, 2022: Liam-Wyatt Call Out Bill’s Mistake, Brooke-Taylor Showdown

The Bold And The Beautiful spoilers for September 21, 2022, tease that Brooke will rip into Steffy for sabotaging her evening with Ridge in the upcoming episode. However, Taylor will soon come in support of her daughter. So, a major showdown will take place at the cliff house. On the other end, Bill will open up about the recent happenings to Liam and Wyatt. Let’s read further to find out what uncovers in today’s episodes.

At Brooke’s place, Steffy just answered Ridge’s call and told Brooke that her father is busy with Taylor. Not just that, Steffy goes even further by warning Brooke that she won’t be Ridge’s wife for long! It is pretty obvious that Brooke will be furious with that unsolicited warning.

Even though Brooke tried to protest, Steffy just hung up the call on her face. This incident will be enough for her to decide it is the right timing to make things crystal clear to the mother-daughter duo scheming against her. So, Brooke will head straight to the cliff house. She will lash out at Steffy before Taylor jumps in to support her daughter. Eventually, Brooke will drift from Steffy to Taylor.

Of course, Taylor will defend her daughter’s right to want her parent’s reunion. But Brooke will point out that Steffy has gone too far this time. She will call out her childishness for ans wering Ridge’s call. Above all, she should not be the one to decide who Ridge can talk to. Whatever it is, things will remain complicated until Ridge makes a final decision. And, when will we decide? We will know that.

The Bold And The Beautiful Spoilers: Bill Discusses His Ordeal

Further on The Bold And The Beautiful, Bill will want to have a chat with Liam and Wyatt. All three of them will get together for a Spencer family meeting. Over there, Bill will share the recent happenings with his son. Even though Liam knows about the whole Brooke issue, it will be Wyatt’s turn.

However, it looks like after narrating the entire incident, Bill will want to get some support from his sons. Unfortunately, he will get none. Liam and Wyatt will clarify that they don’t support Bill in this. As for the brothers, they will call out Bill’s mistake of dropping at Brooke’s place unannounced. Not just that, Bill embracing Brooke was also not acceptable as there was a chance of Ridge walking into them. Not to mention, that’s what actually happened.

Later, they will ask Bill if he still has feelings for Brooke. Even though Bill will not agree to it, at the same time, he will also not deny it. Whatever the case, Brooke’s love life is certainly going to cause huge troubles in her life. Stay tuned and watch The Bold And The Beautiful, it airs every weekdays on CBS. For more information on updates and spoilers, visit our website, TV Season & Spoilers.