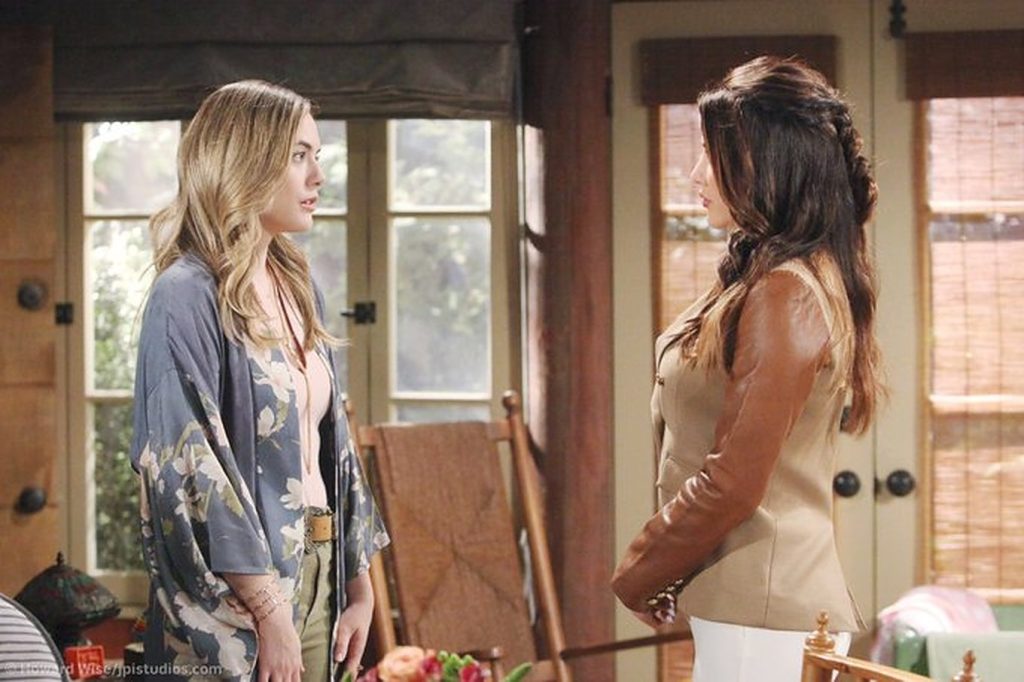 The Bold And The Beautiful Spoilers For September 22, 2022: Li-Bill’s Lunch Date; Hope Lashes Out At Steffy And Thomas

The Bold And The Beautiful spoilers for September 22, 2022, tease that Bill and Li will have lunch together. This lunch will help them get a bit closer. Would this lead to something new? At the Forrester mansion, Hope will blast Steffy for sabotaging Brooke’s romantic evening. When she learns that Thomas was also a part of it, Hope will definitely not spare him. Let’s read further to know what happens in today’s B&B episode.

Hope Blasts At Steffy And Thomas

After learning that Steffy sabotaged Brooke’s romantic evening with Ridge, Hope will head straight to the Forrester mansion. The Bold And The Beautiful spoilers suggest that Hope will lash out at Steffy for scheming against Brooke. However, The scheming queen won’t be bothered by Hope’s mood. All that she wants is for her parents to reunite. If that makes others upset, she will simply want them to deal with it.

The Bold and the Beautiful spoilers suggest that Steffy will continue to make bold declarations. She will make it clear that Ridge is better off with Brooke. Slowly, the argument will drift towards Thomas since he was also present there. Once Hope learns that Thomas was also a part of this scheme, she will lash out at him as well. After Thomas confesses his involvement, Hope will wonder why he did not stop Steffy from all this.

Speaking of Thomas, he will be sandwiched between Hope and Steffy. As much as he wants his parents to reunite, he also has to look out for Hope since they are dealing with the Douglas custody issue. There is part of Thomas that still respects Hope’s feelings. Even though he may share the same feelings as Steffy for Ridge and Taylor’s reunion, he will know that this will upset Hope to a great extent. Over with Hope, now that she knows Thomas and Steffy have teamed up, she will fear for her mother’s marriage.

The Bold And The Beautiful Spoilers: Li-Bill’s Lunch Date

At II Giardino, after Bill wraps his lunch with Liam and Wyatt, Li will show up alone. The Bold And The Beautiful spoilers say that Bill will wonder if he can keep her company. When Bill asks for the same, Li will be flattered and will happily accept his company.

Other The Bold And The Beautiful spoilers say that Li will be attracted to Bill’s charms. She will be drawn toward him. Will this unplanned date bring these two together? Fans know that Bill has been single for way too long, and he was the one who saved Li from danger. Not just that, in recent episodes where Brooke and Bill had a chat, Brooke did ask him if he likes someone. Even though he had Li in his mind, he didn’t disclose it.

Now that both are drawn toward each other, will there be sparks between them? Is a new romance about to start soon? If that is the case, Brooke will get another chance to prove her innocence to Ridge. Stay tuned and watch The Bold And The Beautiful. The soap opera airs every weekday on CBS. For more updates and spoilers, visit our website, TV Season & Spoilers.