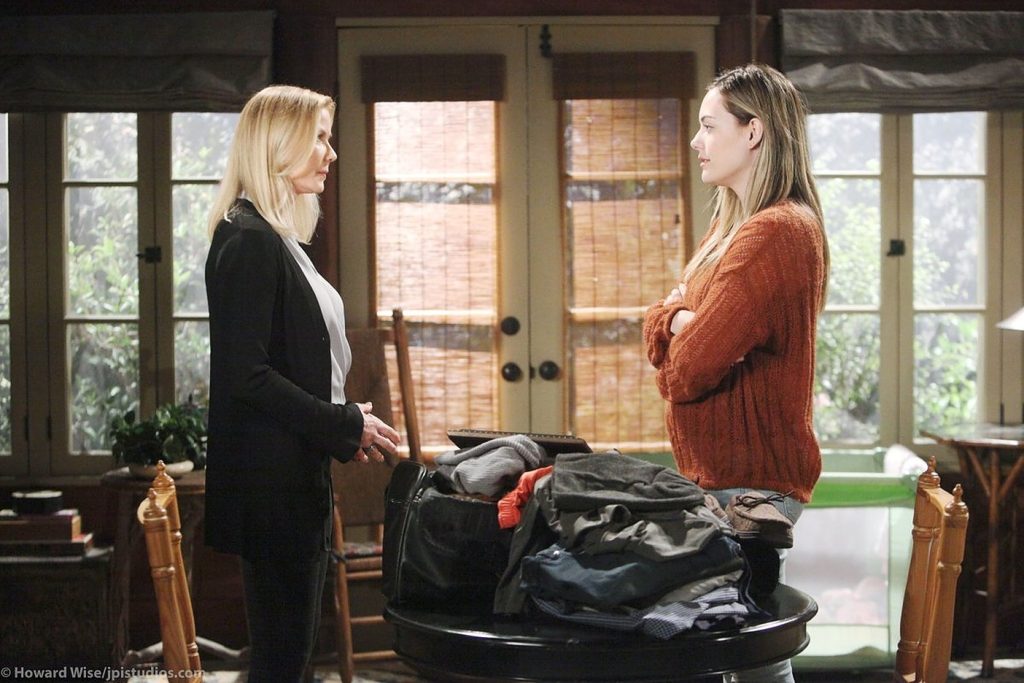 The Bold And The Beautiful Spoilers For September 28, 2022: Ridge Is Furious With Brooke; Logan VS Logan War Is ON

The Bold And The Beautiful spoilers for September 28, 2022, claim that after Ridge helps Thomas with the CPS, he will make an angry call to Brooke. Since Brooke had previously threatened to do something of this sort, Ridge will assume that Brooke was the one to pull it off. Over with Hope, she will defend Thomas and will lash out at Brooke. Further, In today’s episode, Brooke will try to make people understand, but they will only get pissed off with her. Let’s read further and find out what uncovers today.

On Wednesday, Ridge will fight for his son with the Child Protective Service officers. He just won’t get the need to summon CPS for Thomas. The Bold And The Beautiful spoilers tease that once he handles the situation with CPS, Ridge will fume in anger.

Later, as he makes an angry call to Brooke, he will wonder why she called the officers unnecessarily. However, Brooke is going to deny it anyways. Even though she previously did warn of calling them, Brooke will deny it this time. So, Ridge will also listen to his wife and choose to believe it.

By mid-week, Thomas will be furious with his father. Looks like he won’t like how Ridge, most of the time, blindly supports Brooke. Not to mention, he also tried to separate Thomas and Douglas just because Brooke didn’t like Thomas raising his son. The recent happening will add to the cart, eventually making Thomas blast at Ridge. We will have to wait to see what Ridge’s reaction is going to be.

The Bold And The Beautiful Spoilers: Logan VS Logan Battle

Further on The Bold And The Beautiful, the tables will turn. All this while, it was the battle between Forresters and Logans. But now, it will be Logan VS Logan, where the mother-daughter duo – Hope and Brooke, will disagree on their opinion about Thomas. For Hope, she won’t see why Brooke keeps pestering negatively about Thomas.

Hope will continue to think the same even after knowing the knife-threatening issue. Although she might be a bit hesitant. But that won’t stop her from defending Thomas. She knows Douglas’ increasing closeness with his father, so she won’t want to ruin it. Apart from that, Thomas has changed big time, so to witness how responsible of a father he is, Hope will want Douglas to be with him.

However, Brooke will continue to highlight all of Thomas’ bad past. Back in time, Thomas was awfully crazy about Hope. We would go to any lengths to be with her. So, Brooke will think this might be one of those tricks. And who knows? Chances are there, given how Thomas was years back. Back with Hope and Brooke, will they find common ground? We will know that in the upcoming episodes. Stay tuned and watch The Bold And The Beautiful, it airs every weekday on CBS. For more updates and spoilers, visit our website, TV Season & Spoilers.